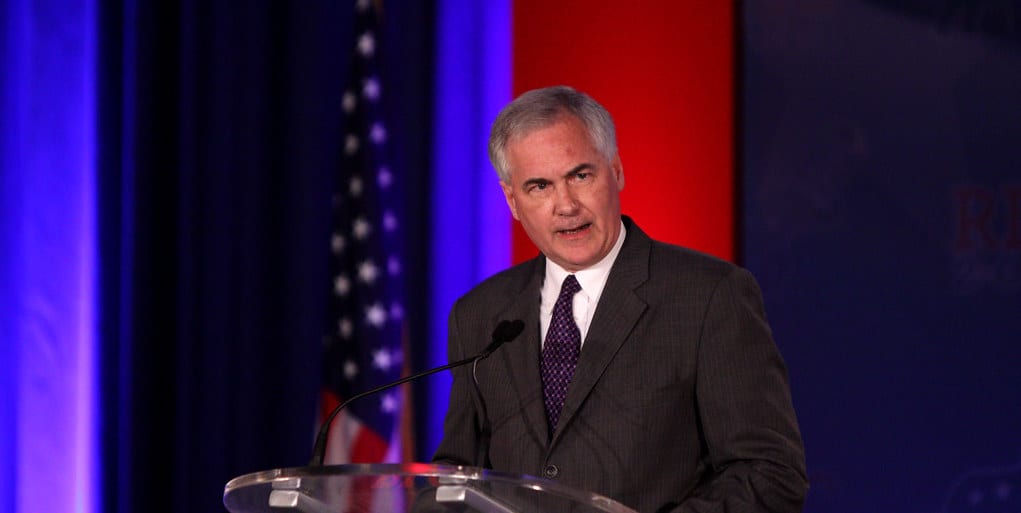 Are we living in the midst of a climate crisis? Is the world on the brink of ending? Are you contributing to the world’s demise if you drive a gasoline-powered car? The National Resources Defense Council says we only have 20 years to save the planet. Rep. Alexandria Ocasio-Cortez (D-N.Y.) declares that the world is going to end in 12 years. BBC News warns we only have 18 months to reverse the damage we’ve inflicted. It sure sounds like we’re entering into the apocalyptic era.

Policies surrounding climate issues are costly. One of the most recent and notable examples is AOC’s proposed Green New Deal. It would mandate clean energy and eliminate greenhouse gas emissions, among other things. The Competitive Enterprise Institute calculated that the total cost of the program would be $51.1 trillion to $92.9 trillion, or $316,010 to $419,010 per household. Aside from this being impossible, this would clearly require a powerful government to enact; Americans would not be allowed to spend their money as they wish.

To address these alarmist and harmful reactions to the fear of climate change, the Heartland Institute hosted its 13th international conference on July 25. The Heartland Institute is a think tank which provides information on budget and tax issues, education policy, environmental protection, and health care policy. At the conference, many established scientists, academics, economists, and policy experts came together to speak on the problem of exaggerated scientific findings on the climate. While many of these speakers agree that the climate fluctuates, they are not convinced that humans are at fault for all changes in the climate. Many also argue that our planet is not in a state of crisis.

Legislating on these faulty findings leads to less freedom and worse environmental conditions, the Heartland Institute speakers agreed. And people are dying at the hands of these tyrannical laws. The only way to have the best interests in mind for both the people and the planet, then, is to leave everything up to the free market.

“[Fake science is] being used to promote policies that are a great threat to our economic freedom and, for that matter, our civil freedoms,” Rep. Tom McClintock, R-Calif, claimed. “You can see the constant drive to try to shut down debate on this issue.” He couldn’t think of a single statist solution to the kinds of problems evoked by climate alarmists that hasn’t made matters worse. Legislation on fake science and faulty models are some of the biggest threats to our economic freedom, McClintock said. Laws surrounding the climate lead to a tyrannical authoritarian government.

Alarmists lobby for extreme laws surrounding the climate. But the speakers at the Heartland conference said there is no climate crisis, and climate laws impede scientific advancement and human flourishing. James Taylor, senior fellow for environment and energy policy at the Heartland Institute, told The American Spectator, “The more and more scientific evidence accumulates, the more powerfully it argues that we are not creating a climate crisis. So, efforts to address a crisis that does not exist are efforts that are going to impoverish people, that are going to reduce living standards, and ultimately are going to be detrimental to the human condition.”

Lord Christopher Monckton, British policy advisor to Prime Minister Margaret Thatcher, called global warming “harmless and net-beneficial.” Fatal problems arise when governments get over-excited about climate change and try to intervene. He explained how the World Bank’s denial of financing for coal-powered energy in 2010 in order to move to cleaner alternatives led to millions of deaths in poorer countries:

The problem with allowing politics to intrude in a matter of science and objective truth is that people get hurt, get diseased, and die.… 4.3 million people a year in developing countries die because they can’t turn on an electrical cooker, so they have smoke-filled huts because they cook on open fires, and the particular pollution kills their children and often kills them too. 4.3 million a year. That’s very nearly one Holocaust a year, just from that one cause of not having electricity, which the World Bank won’t give them.

The World Bank is scared of the threat of global warming, but Lord Monckton called this threat “imaginary.” People are dying at the hands of delusions.

Dr. Kevin Dayaratna, senior statistician and research programmer at The Heritage Foundation, spoke about the costs and benefits surrounding climate policies: “The best policy that lawmakers can pursue is freeing up the energy markets and letting them all compete on an equal playing field.” The government only restricts clean energy innovation when it offers subsidies, picks winners and losers, and offers tax breaks or repeals tax credits.

In fact, America has seen an overall reduction in CO2 because of its capitalist economy. Dr. Dayaratna continued, “In a proper free market, you’re going to start to see the best forms of energy, which are the least expensive and most efficient forms of energy, dominating and penetrating the marketplace. A clean environment and a healthy and vibrant economy are not mutually exclusive, and markets can provide the answer to that.”

The speakers at this year’s Heartland conference agree that the climate’s conditions certainly fluctuate, but that does not mean that human action induced these fluctuations or that the planet is in a state of crisis. But if we do want to clean up our energy, the best way to do that is through the private sector. The cleanest forms of energy always spring from the free market, and the best way for politicians to promote innovation is to leave their hands out of it.