One thing that both sides of the political spectrum seem to agree on is the notion that political discourse in this country has become increasingly shrill, hyperbolic, and dominated by two extremes.  However, although nearly everyone seems to agree on this point, it has yet to reap any tangible benefits.  An examination of public scientific “debates” is illuminating.

As bad as that is, the debate over embryonic stem cell research takes an even nastier tone.  Those who support it falsely raise people’s hopes by claiming unjustifiably that almost every medical ailment known to man will be cured in the near future, while its opponents liken the research to abortion.  Evolution?  That’s devolved into a name-calling contest between supposed science-hating Luddites and God-hating atheists. 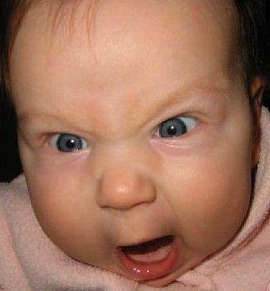 And as Todd Myers points out, it’s not even possible to have a civil discussion about fertilizers.

On the bright side, there appear to be at least two commonalities between the warring factions: (1) Neither argument remotely resembles reality; and (2) Both sides find it politically expedient to smear the credibility of scientists.

It is this latter point which is perhaps the most disappointing.  Increasingly, scientists fail to receive from the public the basic respect that is earned through years of education and research.  Scientists are experts, even if one disagrees with them.  And as such, they deserve to be respected unless there is good reason not to.  (See Andrew Wakefield.)  Simply disagreeing with scientists is not sufficient cause to vilify or discredit them, yet that is exactly what is starting to occur on a fairly regular basis.

For the good of the country and the scientific community, this needs to stop immediately.  It is time to put words to action and back away from the extremist rhetoric.

Alex B. Berezow is the editor of RealClearScience.  He holds a Ph.D. in microbiology.