Newt Gingrich has reached an agreement with Ronald Reagan biographer Craig Shirley to write an authorized political biography of the former Speaker of the House, according to Republican sources.

Major publishers are said to have received a draft proposal for the official biography of Gingrich, who is believed by many observers to be considering a 2012 presidential campaign. 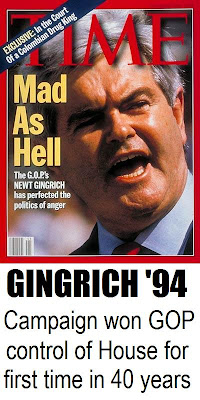 Gingrich and Shirley have in the past collaborated on opinion pieces, including a Politico column two weeks ago. A longtime conservative communications operative, Shirley has won widespread praise for Reagan’s Revolution, his account of the 1976 challenge to Gerald Ford, published five years ago, and for Rendezvous With Destiny, the story of the Gipper’s victorious 1980 campaign published last year. Gingrich has himself produced and co-hosted (with his wife, Calista) a documentary film called Ronald Reagan: Rendezvous With Destiny.

While Gingrich has at times been criticized by fellow conservatives (as when he endorsed Dede Scozzafava in last year’s upstate New York special election), he is generally recognized as one of the three most influential politicians in the rise of the modern conservative movement — after Barry Goldwater and Reagan himself. Gingrich led the “Contract for America” campaign in 1994 that won a Republican majority in the House of Representatives for the first time in 40 years.