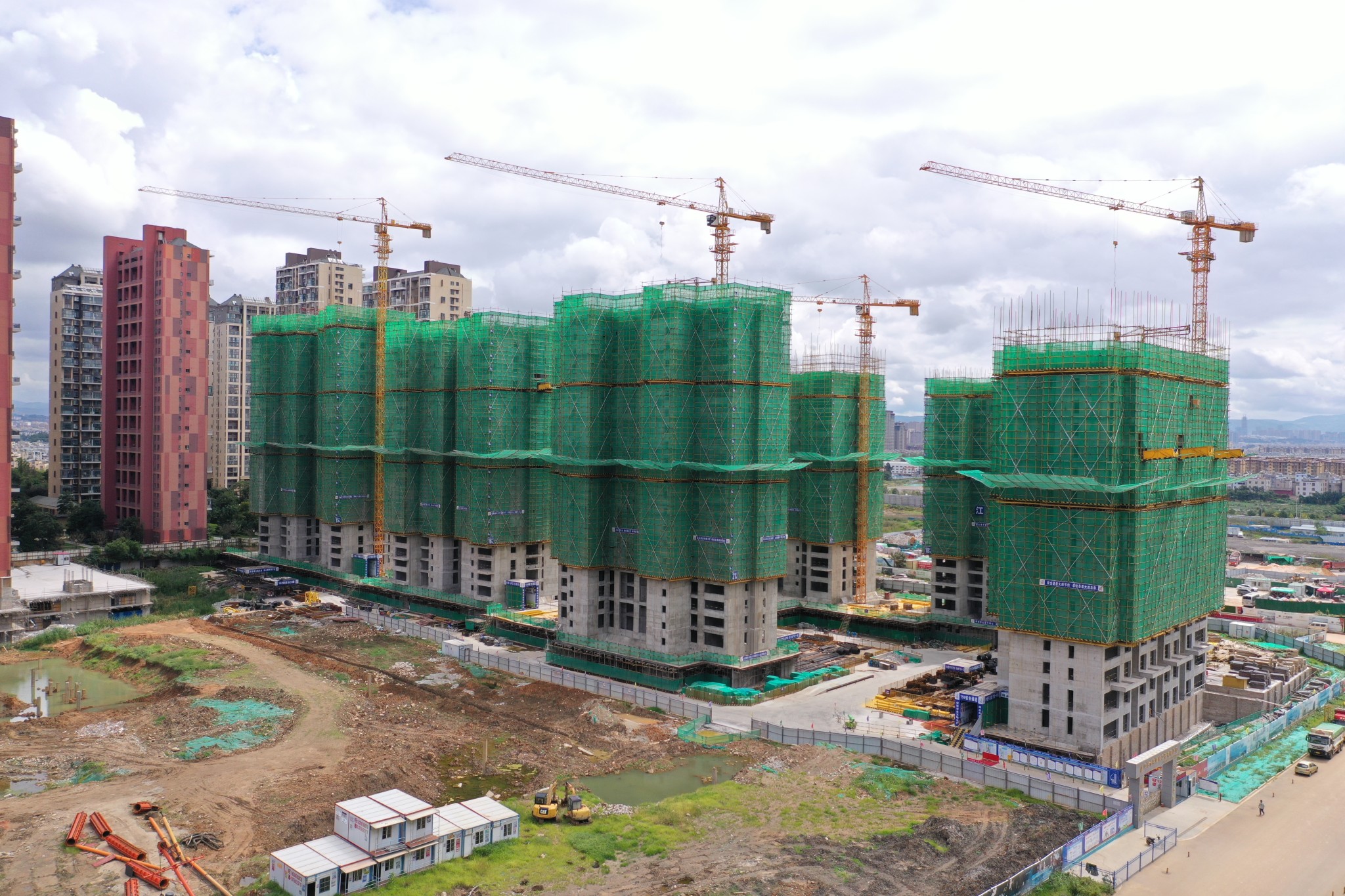 Last week, China Evergrande suspended its shares on the Hong Kong Stock Exchange. Evergrande is China’s second-largest real estate developer. The company has been in crisis for months, having repeatedly missed interest payments on its debt. Now, the company, which owes $300 billion in debt, including $19 billion to foreign investors, has defaulted.

The Evergrande crisis threatens homebuyers in China, as well as investors big and small around the world. Some experts fear that Evergrande’s implosion can have a ripple effect, both across the Chinese real estate sector and its broader economy. Real estate makes up 30 percent of China’s GDP.

In a recent report, the Federal Reserve warns that Evergrande, which has been stressed by Chinese regulators, can derail the entire Chinese economy.

“Stresses [in the real estate sector] could, in turn, propagate to the Chinese financial system through spillovers to financial firms, a sudden correction of real estate prices, or a reduction in investor risk appetite,” it said.

The report also warns that the ongoing Evergrande situation in China threatens the world economy, including the United States: “Given the size of China’s economy and financial system as well as its extensive trade linkages with the rest of the world, financial stresses in China could strain global financial markets through deterioration of risk sentiment, pose risks to global economic growth, and affect the United States.”

Because Evergrande is such an indebted company and is publicly traded in foreign countries, including the United States, its collapse has already cost overseas investors substantial capital. The firm defaulted on $1.2 billion in debt owned by overseas investors.

Even if Evergrande does not prove to be another Lehman Brothers, its downfall is an indictment of the Chinese political economy.

While debt has burdened the Chinese real estate sector for years, it was regulators’ recent crackdown on borrowing that ignited the current crisis. Evergrande was highly leveraged (indebted) but had it been allowed to continue borrowing money, it would have financed its projects that way and simply kept building.

Already, Evergrande and other Chinese real estate giants have built entire “Ghost Cities” — tens of thousands of empty apartment complexes with no renters. Why did this happen? Because supply did not equal demand. Chinese government officials’ policies incentivized the construction of new buildings despite no one having the capital to buy them. Thus, the Evergrande crisis reveals the mismanagement of not only one company but China’s entire economic system.

Eswar Prasad, a professor at Cornell University who previously served as the head of the IMF’s China division, told the Financial Times that China’s central planners’ attempts to rein in large companies in order to reduce inequality is very costly.

“Beijing is discovering the huge costs of rectifying imbalances in a sector that it had long relied upon to prop up growth, boost local government revenues and contribute to household wealth accumulation,” he told the Times.

“The [real estate] sector’s influence over practically every aspect of the economy, financial markets, and society makes it a hugely thorny issue to fix.”

China, often portrayed as a rising economic and military power by its leaders, is inflicted with its own domestic struggles and challenges.

Already, the Evergrande crisis has had some contagion, with developers Sinic Holdings and China Properties Group recently defaulting on $250 million and $226 million in debt, respectively.

The Evergrande crisis reflects not just mismanagement at one firm, but rather systemic flaws inherent in China’s “State-Capitalism” model. For decades, government policies encouraged the construction of new apartments that no one moved into. The scheme was kept going by Chinese companies’ seemingly endless ability to borrow more debt. However, now that Chinese regulators are attempting to crack down on large firms and reduce China’s growing inequality, the jig is up.