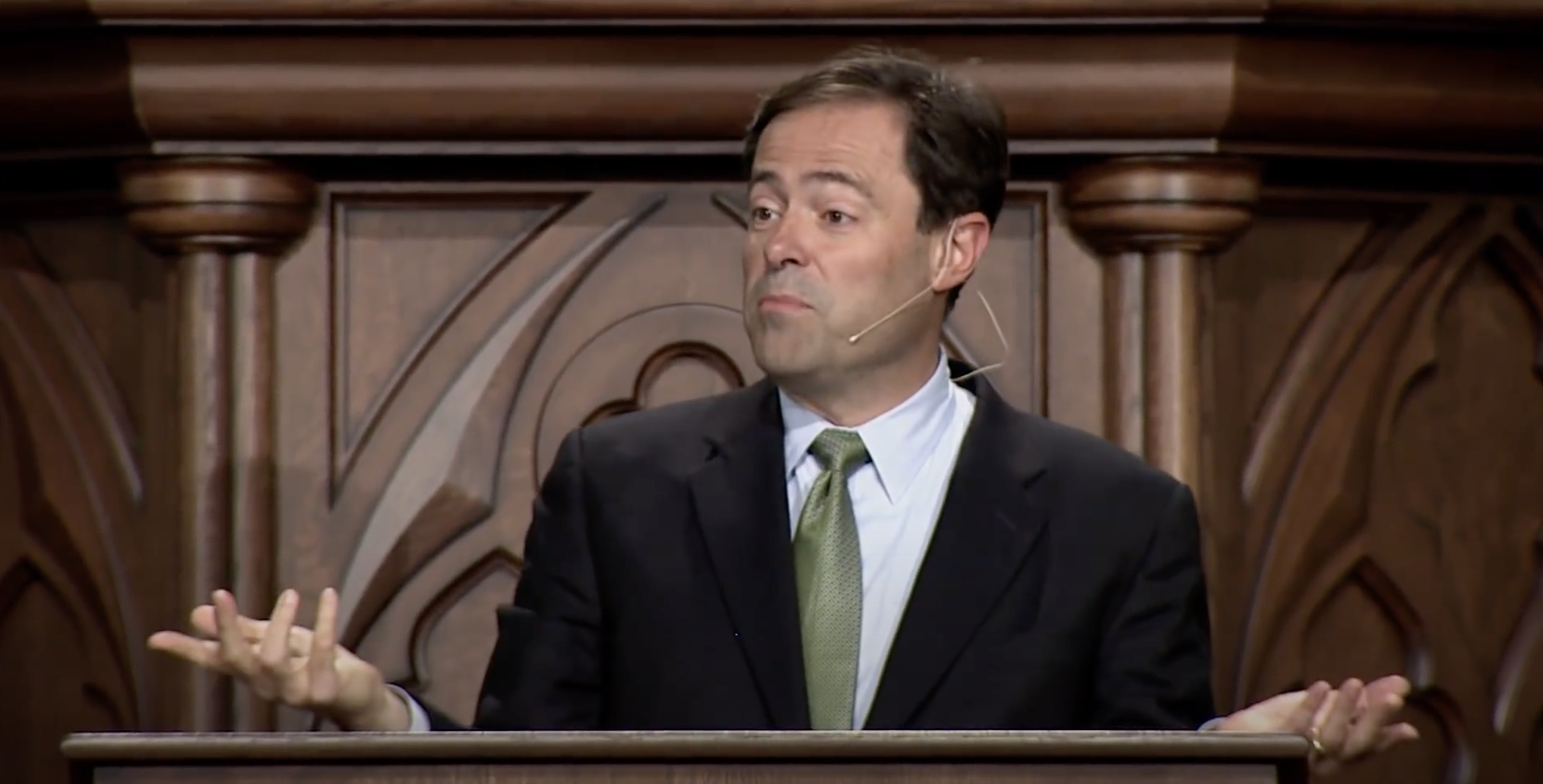 A spanking new organization has formed among Southern Baptists to resist the incursion of critical race theory into the largest Protestant denomination in North America. Founders Ministries, an older organization, and an array of other evangelical watchdog websites, vlogs, and blogs share the same aim.

Other evangelical entities stand accused of capitulation to the contemporary social justice movement, including the Presbyterian Church of America (PCA), the parachurch organization CRU, Christianity Today magazine, Fuller Theological Seminary, and the popular evangelical website and conference movement The Gospel Coalition (TGC). Division between evangelical elites and self-consciously un-woke evangelicals has gone public and shows no signs of abating.

But are the targeted evangelical elites guilty as charged? Evidence to the contrary is available. Formally, they believe that the Bible is the word of God and the sole authority for Christian faith and practice, Jesus Christ is the lord and savior of the world, marriage is between one man and one woman, homosexual behavior is sin, and abortion is the killing of unborn human life.

The Right Side of History

So why all the fuss? Lots of reasons. At least since Black Lives Matter (BLM) formed in 2013, many evangelical elites have employed the language of the social justice movement, especially on race. Seminary deans and professors affirm the existence of and apologize for white privilege. A seminary launches a full-blown diversity department mirroring convictions and corrective action plans pushed by BLM, Robin DiAngelo, the Democratic Party, and other progressive institutions, such as whiteness, white privilege, multiculturalism, identity group–driven diversity training sessions, and the insistence that America is irredeemably and systemically racist.

These evangelical elites chose not to sign the 2018 Dallas Statement on Social Justice that was specially crafted by un-woke evangelicals to refute the contemporary social justice movement. A resolution affirming critical race theory and intersectionality was pushed by woke Southern Baptists at their 2019 annual convention. Two Southern Baptist seminaries employ professors who praise critical race theory, intersectionality, and the late Marxist liberation theologian James Cone. What accounts for these astounding developments?

A May 2019 post by Stephen Wolfe at CrossPolitic examines the woke evangelical phenomenon. He identifies three categories of evangelical response to modern social justice. First are the warriors[1], who reject and resist almost all things woke. The capitulators, such as Jim Wallis and Jonathan Merritt, adopt most of the Left’s demands and offer “Christianizing” rationales for doing so.

But Wolfe puts the elites we have in mind into a third category: the reconcilers. Their goal is to make evangelicalism “safe for toleration” by the regime of modern liberalism. Their hope is to render evangelicalism harmless to the increasingly dominant and fierce cultural enforcers and to salvage as much of true Christianity as their detractors permit. Job one is to get race right on the public stage.

Perhaps the most telling feature of elite evangelical woke-friendliness is their utter intolerance for un-woke black voices. Voddie Baucham, once a darling of the evangelical elites, was cancelled once his un-woke views on race emerged. The reconcilers who roll out the welcome mat for woke evangelical Brit Sam Allberry, a non-practicing homosexual, seem unaware that award-winning black author on matters of race Carol Swain even exists.

The Right Side of Jesus

The major evangelical denominations labor under the burden of fraught, slavery-entangled histories. The false but pervasive smearing of Donald Trump as a racist was followed by Southern Baptist ethicist Russell Moore’s conclusion that Trump voters were “on the wrong side of Jesus.” In sync with the BLM, Democrat, and New York Times 1619 Project trashing of the nation’s founding and of Trump’s MAGA mantra, The Gospel Coalition virtue-signals its sympathy with articles such as “Jesus Is Not Your American Patriot” and “I Don’t Feel At Home in the Republican Party Anymore.”

Reformed Theological Seminary Chancellor Ligon Duncan identifies the fixation that animates evangelical reconcilers: “My concern on the racial issues is that I do not drive our grandchildren into the arms of the LBGTQIA issue.” Note that Duncan speaks not of getting race right per se, but rather of getting race right in the perception of his grandchildren, who are subject, in his words, to the “argument that is out there: the church’s failure in the LGBTQIA area, not to affirm [those lifestyles], is just like its failure in the area of slavery and segregation.”

Duncan believes that the only chance evangelicals have of influencing millennials and Gen Z to reject LBGTQIA lifestyles on Biblical grounds is to avoid the charge of racism — an avoidance achievable only on the terms of the cultural revolutionaries who have captured the Democrat party for which blacks vote virtually as a bloc.

The Right Side of Race

The fruit of the inextricable connection between race and the Democrat party accounts best for these reflections of Mark Dever, Pastor of Capitol Hill Baptist Church: “I think that one of the things that most separates white and black Christians in America is one-issue voting…. I think white Christians think this is the only moral way to approach voting. I think they’ve never thought of any other thing, generally.” In point of fact, no less than 12 issues motivate white Christians to vote for Republican office-seekers. These include health care, terrorism, immigration, the environment, abortion, trade policy, gun control, traditional marriage, religious freedom, school choice, and a judiciary that interprets the Constitution rather than legislates from the bench to achieve unpopular legislative goals of the Democratic Party.

Dever heaps praise upon the multi-issue voting of blacks: “I think a lot of our African American brothers and sisters realized like a long time ago that, well, there are going to be a lot of different issues that are going to be affecting us….  And I can vote for a candidate who I disagree with about some very important issues that I don’t think they are really going to get anything done on but I agree with them on a lot of these other issues that I think are going to help a lot of people.” The voting patterns of whites keeps them off the “help-a-lot-of-people” train the blacks have been riding on for a long time because they “figured it out.” Dever then entreats whites: “Even if you don’t adopt that [multi-issue voting] yourself, can you allow space for that in your church as a morally legitimate argument and option?”

With moral rectitude now in the balance, why does Dever settle for musings on generic sacks of issues, rather than name a few or even just one? What effect might specification of an issue have upon this reasoning? Let’s pick one out of the sack and see. How about abortion? The evasive, contentless term “single-issue” loses its power to obfuscate and euphemize when set in definitional juxtaposition with the signified act itself — reaching into the uterus of bone-crushing metal instruments toward the instinctual flinch-back of little arms and legs, and snuffing out a human soul before it has a chance to live.

Dever side-steps the inexorable moral calculus that, for un-woke evangelicals, renders abortion every bit as compelling a single issue as were abolition, the landmark civil rights legislation, and resistance to the Jew-killing of the Nazis. Race, by compelling evangelical reconcilers to affirm Democrat voters, functions as a Trojan Horse that smuggles in the new hatred of America and attenuated evangelical opposition to both homosexuality and abortion.

The Right Side of Trump

Neither religion nor Christianity attach to the portfolios of either Hoover Institution Senior Fellow and farmer Victor Davis Hanson or Claremont Institute Chairman of the Board Thomas Klingenstein. But both understand a thing or two the evangelical reconcilers do not. The tribalism identity politics produces, Hanson warns, “only leads to perdition. It’s the road to oblivion. We know that from history.” The cultural revolution afoot in America tolerates no religion unwilling to replace its own dogma with theirs. If the revolutionaries win, Christians of all colors, including evangelicals, should steel themselves for an existential onslaught of, according to Hanson, “Jacobin terror.” Getting race “right” publicly in these times and on the terms demanded harms everyone. The reconciliation evangelical elites pursue is no less unattainable than are the utopian dreams harbored by the revolutionaries themselves.

Prospects for heightened Marxist attacks on the church rise exponentially if Trump loses. As Klingenstein notes, “Trump knows we are in a fight for our lives.” Ironically, unless the evangelical elites learn this as well, and soon, their hatred of Trump may destroy whatever evangelical or even Christian credibility they once thought support for Trump would threaten.