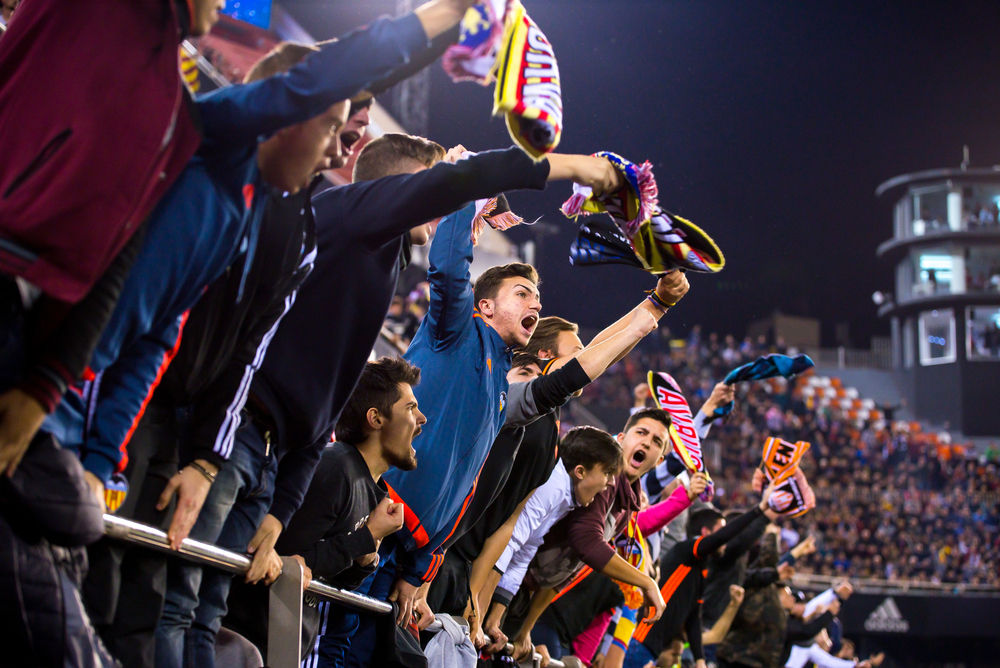 It lasted but two days. What was officially unveiled one day as a super soccer league — called, inventively, the European Super League (ESL) — had collapsed two days later, before even the first ball could be kicked, before even the first player could grab his shin and writhe on the pitch in feigned agony, as two-thirds of the league’s 12 confirmed teams folded in the face of outraged fans.

The ESL was to collect the great brands of the European game — six from the UK, three from Spain, three from Italy — into a circuit that would play against each other in midweek games slated to draw huge television audiences and provide for the teams lucrative, and steady, revenues. The plan was to inveigle three more elite sides from the Continent, from France and Germany, to cap the league’s permanent members at 15, with five more slots filled year to year on the basis of performance.

Thus, 15 clubs would be fixed forever in the soccer firmament, immune from worries of relegation to a lesser division because of poor performance and guaranteed enormous sums season after season.

The creators of the Super League should have run their idea by the fans first.

It was to be so exciting, so invigorating to a game depressed by the virus and fan apathy. No longer would the prestige clubs have to line up against lesser sides in the major European tournaments. No longer would fans have to countenance games pitting the Manchester Uniteds and the Liverpools against less glittery foes. In the ESL, iconic brand would exclusively face off against iconic brand — soccer Goliath versus soccer Goliath — no lowly amateur club armed with only slings and stones would be permitted a chance to knock off a giant.

Indeed, Florentino Perez, the founding chairman of the ESL and president of one of the league’s Spanish entries, Real Madrid, extolled the new loop’s equities and called it none other than a savior of soccer, which, he claimed, suffered from “a lot of poor quality games” that were turning young people away from the sport. “The attractive thing in football is playing between big clubs, the value for television increases and more income is generated,” he said. “It’s not just the rich who want the Super League, we’re doing it to save football.” Perez’s counterparts on other league teams parroted his sentiments and his optimism.

They should have run their idea by the fans first, principally the English ones. According to a YouGov poll of 1,730 football fans in the UK, 79 percent were against the idea of the ESL, with 68 percent “strongly opposed” to it. A mere 14 percent claimed positive feelings about it.

These spurned lovers wanted their game back. At stake in their minds was the integrity of already existing national and international competitions, like the English Premier League and the major pan-European competition, the UEFA Champions League (formerly the European Cup), in which, theoretically, the lowliest side has a chance to surprise the world and hoist a championship trophy. A statement issued from the Premier League after the ESL was announced sums up the sentiment: “Fans of any club in England and across Europe can currently dream that their team may climb to the top and play against the best. We believe that the concept of a European Super League would destroy this dream.”

Add to that the loss of traditional rivalries with clubs not included in the Super League and the sense of abandonment of the sport’s traditional order and way of doing things. “Every fan I’ve spoken to felt it was a betrayal of the history of the club,” said Duncan Drasdo, the head of the Manchester United Supporters’ Trust. “People have managed to take our football clubs for profit instead of being custodians of cultural institutions.” The soccer clubs are integral parts of society in Britain, built up through many decades of love and loyalty, and to trade all that for a mess of pottage — granted, a mess of very glitzy pottage — was simply “not on.”

In a great show of support for tradition and continuity, English fans turned up en masse outside their favorite sides’ facilities last Monday and Tuesday to wave placards and throw fists at club officials. The protests were so loud, and emanated from so many lofty throats — including Boris Johnson’s and Prince William’s — that spokesmen for the English teams found themselves racing each other to get first to the confessional booth.

Arsenal, one of six English sides in the ESL, admitted, in an open letter to their fans, that they had “made a mistake” and, in deference to their supporters and “the wider football community,” were withdrawing from the enterprise. Tottenham Hotspur regretted “the anxiety and upset caused by the ESL proposal.” John Henry, Liverpool’s principal owner, repented via video: “I want to apologize to all the fans and supporters of Liverpool Football Club for the disruption I caused over the past 48 hours.”

For years — decades even — the powers of top-flight English soccer have lusted after the financial lucre and stability of American professional football. In 1992, with TV revenue in mind, five clubs broke from the relatively uncommercialized structure of English soccer to form the Premier League. They instituted NFL-like TV rubrics — pregame hype shows, postgame wrap-ups — tried to modernize stadiums with amenities, and even put on the field, unsuccessfully, cheerleaders. The Premier League’s current 20 clubs, according to Wall Street Journal reporters Jonathan Clegg and Joshua Robinson, in their history of the league’s rise, The Club, jumped in combined value by a whopping 15,000 percent between 1992 and 2018, from $100 million to $15 billion.

More than a working model for TV-driven money-making via sports, the American version offered European teams permanent membership: get in the league, and you can’t be removed. A bad year — even a string of bad years — does not jeopardize a team’s standing in the circuit. The owners realized that years and decades of steady revenue would make their teams far more valuable than they would be subjected to the erratic earnings of the current setup.

The ESL’s regular, and hefty, revenue stream would have solved myriad monetary problems. It would have ameliorated the debt all but one club has on their books; some organizations are hundreds of millions of pounds in the red. It would have lessened the hit all the teams took due to COVID-19. It would have made peeling off tens of millions to pay today’s athlete-celebrities a little less painful. Add to all that a $4.2 billion grant from JP Morgan to help the 12 clubs improve their infrastructure and recover from the pandemic, and the ESL seemed like an idea whose time had come.

What none of the elite 12 were counting on, though, was the impassioned pushback of the soccer hoi polloi. The general populace, even young fans, standing firm for how things have always been done, sticking up for the spirit of equal competition and long-standing tradition, shouted down powerful entities that wanted to change the game they loved.

It feels strange as it rolls off the tongue, but, in this case at least, “Power to the people!”