A Further Perspective Alfred Thayer Mahan,Belt and Road Initiative,China,Russia Eurasian ‘Middle Corridor’ Echoes Mackinder and Mahan - The American Spectator | USA News and Politics
Menu
A Further Perspective
Eurasian ‘Middle Corridor’ Echoes Mackinder and Mahan
Can the West afford to be a bystander in this region in the face of Russia and China’s designs?
by Francis P. Sempa
Azerbaijan president Ilham Aliyev attends 2nd One Belt One Road Forum in Beijing in 2019 (President.az/Wikmedia Commons) 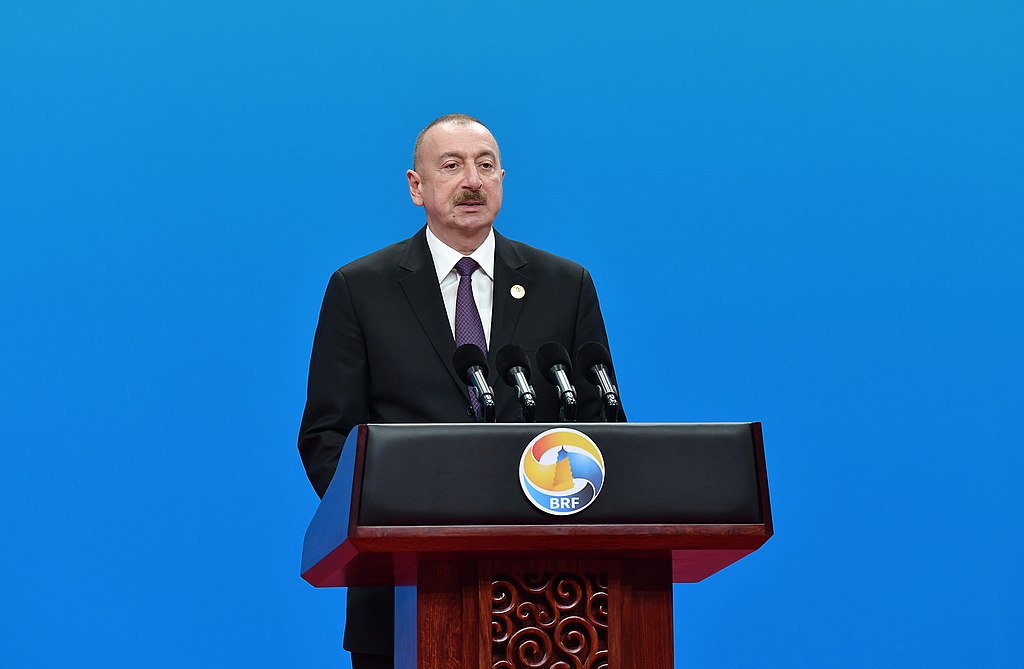 The Heritage Foundation’s James Jay Carafano and Lucian Blaga University of Sibiu (Romania) professor Silviu Nate, writing in the National Interest, propose the formation of a geo-economic “Middle Corridor” as a Western alternative to energy and supply chains dependent on Russia and China.

It is a concept with echoes of geopolitical notions proposed more than a century ago by Halford Mackinder and Alfred Thayer Mahan.

Carafano and Nate describe the Middle Corridor as running from “Europe to Kazakhstan, the Caspian Sea, Azerbaijan, and Georgia, and from there, via the Black Sea, to Turkey,” which they note corresponds to the Trans-Caspian International Transport Route. They contend that this Middle Corridor is a “viable and cost-effective” alternative to the Russian-controlled Northern Corridor, and they further claim that the Middle Corridor countries are determined to keep China and its Belt and Road Initiative (BRI) at arm’s length. “The Middle Corridor countries,” they write, “are skeptical of China’s intentions and this could provide new partnership opportunities for the United States and Europe.” And they envision Romania becoming a “vital commercial and military hub on the Black Sea, connecting the Caucasus and Ukraine to the rest of Europe.” The goal of their Middle Corridor proposal is to foster economic diversification and geopolitical stability in Europe.

The Middle Corridor concept is reminiscent of British geographer Halford Mackinder’s post–World War I proposal for the creation of a “Middle Tier” of independent states situated between Germany and Russia that he believed would act as a geopolitical buffer between the two great powers and thereby prevent a future European war. Mackinder in Democratic Ideals and Reality (1919) drew a map of the Middle Tier states located between the Baltic and Black Seas, which included the Baltic states, Poland, “Great Bohemia” (Czechoslovakia), Hungary, “Great Rumania,” Bulgaria, “Great Serbia,” and Greece. Mackinder hoped that the Middle Tier states would be supported by “the outer nations of the World League” (the U.S. and Britain as part of the League of Nations).

The peacemakers at Versailles created independent states in Eastern and Central Europe, but those new nations did not confederate for purposes of defense, nor were they supported by the “outer nations” of the League of Nations. Germany and Russia, in a secret clause of the Nazi-Soviet Pact, diplomatically carved up the region and then fought over it during the Second World War. After the war, most of the Middle Tier states were incorporated into the Soviet empire, and it was those very states that rebelled in 1989-91 and led to the dissolution of that empire. Remarkably, Mackinder foresaw that the Soviet Union would “fall into a number of states in some sort of loose federation.”

Two decades before Mackinder proposed his Middle Tier concept, the American naval historian and strategist Alfred Thayer Mahan wrote The Problem of Asia (1901), in which he demarcated a huge middle belt of Asia that he called the “debatable and debated ground.” This region stretched from “Asia Minor” (Turkey) in the west to Korea in the east, and contained “the most decisive natural features, and also those political divisions the unsettled character of which renders the problem of Asia … at once perplexing and imminent.”

Mahan noted that north of the “debatable and debated ground” was “the vast, uninterrupted mass of the Russian Empire,” and within the region was the then weak but potentially powerful Chinese empire. Mahan presciently foresaw that the sea powers of the United States, Great Britain, Japan, and Germany would one day form an alliance to prevent Russian or Chinese domination of Asia’s middle belt. Mahan’s “debatable and debated ground,” it is worth noting, roughly corresponds to the old Silk Road, to contemporary China’s BRI, and to portions of Carafano and Nate’s “Middle Corridor.”

Today, as Carafano and Nate point out, that Middle Corridor in Central Asia is a geo-economic fact of supreme importance given the looming energy crisis in Europe and the already strained and acutely vulnerable supply chain. But geography in this region favors Russia and China, who have formed and solidified a strategic partnership that seeks to greatly diminish, if not exclude, U.S. influence in Eurasia. And the nations of the West, including the United States, continue their mindless, Utopian pursuit of wholly climate-friendly renewable energy sources while China and Russia remain fossil-fuel friendly.

The authors are surely correct that the West “must not be bystanders” in this region, which may accurately be called today’s “debatable and debated ground.” They note that the Middle Corridor nations “are skeptical of China’s intentions,” but geopolitically China and Russia are close by, whereas the United States and Europe are more distant geographically and culturally. The countries of the Middle Corridor will adjust themselves to the balance of power in the region, and that balance increasingly favors China and Russia.

Let us hope that Carafano and Nate’s Middle Corridor is more effective than Mackinder’s Middle Tier was in the 1920s and 1930s. If not, it’s going to be a very cold winter in Europe, and a very expensive one in the United States.