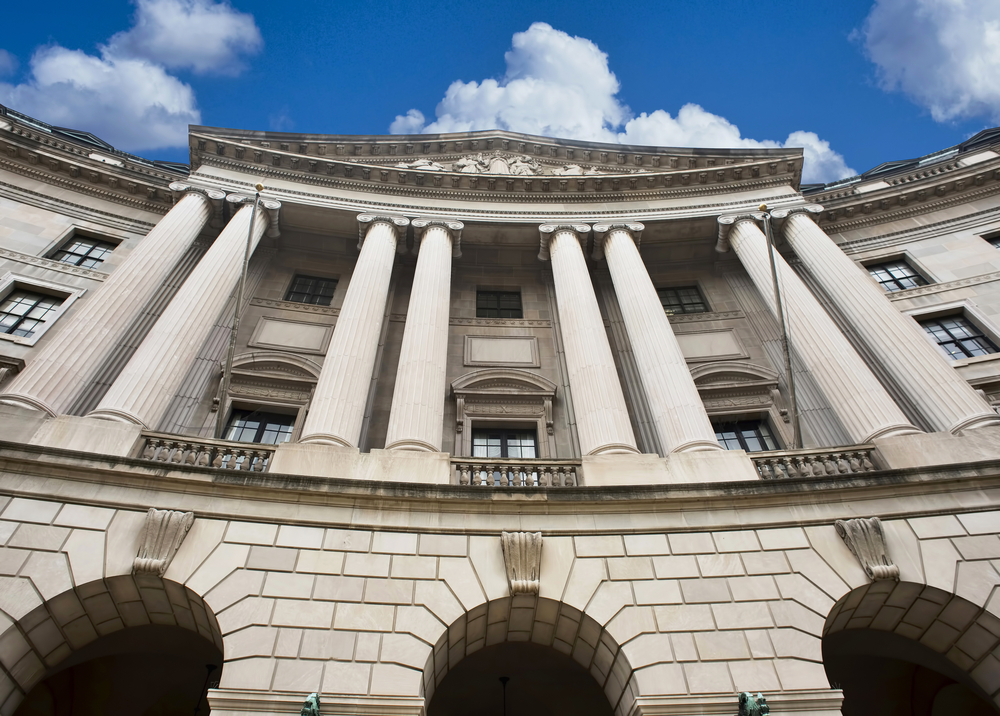 Justice Elena Kagan begins her West Virginia v. EPA dissent by appealing not to the Constitution or precedent but to an imagined future of 4.6 million annual heat-related deaths, stronger hurricanes, drought, and other calamities familiar to connoisseurs of the disaster-film genre.

“If the current rate of emissions continues,” she writes, “children born this year could live to see parts of the Eastern seaboard swallowed by the ocean.”

And an Environmental Protection Agency can work but not as an unelected legislature.

West Virginia v. EPA challenged the federal agency on its decision to drastically reduce coal emissions by forcing plants relying on it to either suppress production of electricity, invest in cleaner energy facilities, or pay the government through a cap-and-trade scheme.

“EPA’s own modeling concluded that the rule would entail billions of dollars in compliance costs (to be paid in the form of higher energy prices), require the retirement of dozens of coal-fired plants, and eliminate tens of thousands of jobs across various sectors,” the court’s decision explains. “The Energy Information Administration reached similar conclusions, projecting that the rule would cause retail electricity prices to remain persistently 10% higher in many States, and would reduce GDP by at least a trillion 2009 dollars by 2040.”

This necessarily makes the regulation subject to the “major questions doctrine,” according to the majority.

Justice Kagan balks at the concept.

“The majority claims it is just following precedent, but that is not so,” the dissent she authored holds. “The Court has never even used the term ‘major questions doctrine’ before.”

That doctrine, though, seems too tepid rather than too bold. Why restrain unelected bureaucrats seeking to assume the role of legislators only when their freelance rule-making involves billions of dollars or tens of thousands of jobs?

Where does a government agency, let alone one created by executive fiat, derive the authority to create law, let alone law contrary to the will of Congress? The authorization certainly did not come from the Constitution.

And that’s where Neil Gorsuch’s concurrence roots its basis for siding with West Virginia.

Gorsuch finds the Constitution vesting federal legislative power in Congress “vital because the framers believed that a republic — a thing of the people — would be more likely to enact just laws than a regime administered by a ruling class of largely unaccountable ‘ministers.’”

People outraged that the EPA cannot operate like a legislature also fault the Supreme Court for not operating as a legislature in voting on policy preferences rather than ruling on law.

Rep. Alexandria Ocasio-Cortez dimmed the hyperbole slightly in describing recent Supreme Court rulings as a “judicial coup” and West Virginia v. EPA specifically as cause to possibly abolish the filibuster (presumably she meant that and not the Supreme Court). “Catastrophic,” she tweeted. “A filibuster carveout is not enough. We need to reform or do away with the whole thing, for the sake of the planet.”

Catastrophic. A filibuster carveout is not enough. We need to reform or do away with the whole thing, for the sake of the planet. https://t.co/if8PIbfs42

The majority, as emphasized in Gorsuch’s concurring opinion, defended less West Virginia than the U.S. Congress from encroachments by the EPA. It follows another restraint on the “administrative state” in Alabama Association of Realtors v. HHS, which ruled early in the term that the Centers for Disease Control and Prevention’s eviction moratorium represented an illegal exercise of power. The court, in slaps gentle and Willsmithian, put the administrative state, growing more powerful since the progressive era, in its place as tools of policy makers rather than the policy maker during the course of this historic term. (READ MORE by Daniel J. Flynn: Who Killed Roe and Why Did It Take So Long?)

“When Congress seems slow to solve problems, it may be only natural that those in the Executive Branch might seek to take matters into their own hands,” Gorsuch writes. “But the Constitution does not authorize agencies to use pen-and-phone regulations as substitutes for laws passed by the people’s representatives.”

Strange, then, that one of the people’s representatives would call for the usurpation of the lawmaking power from the institution in which she serves by anonymous, unaccountable mandarins.