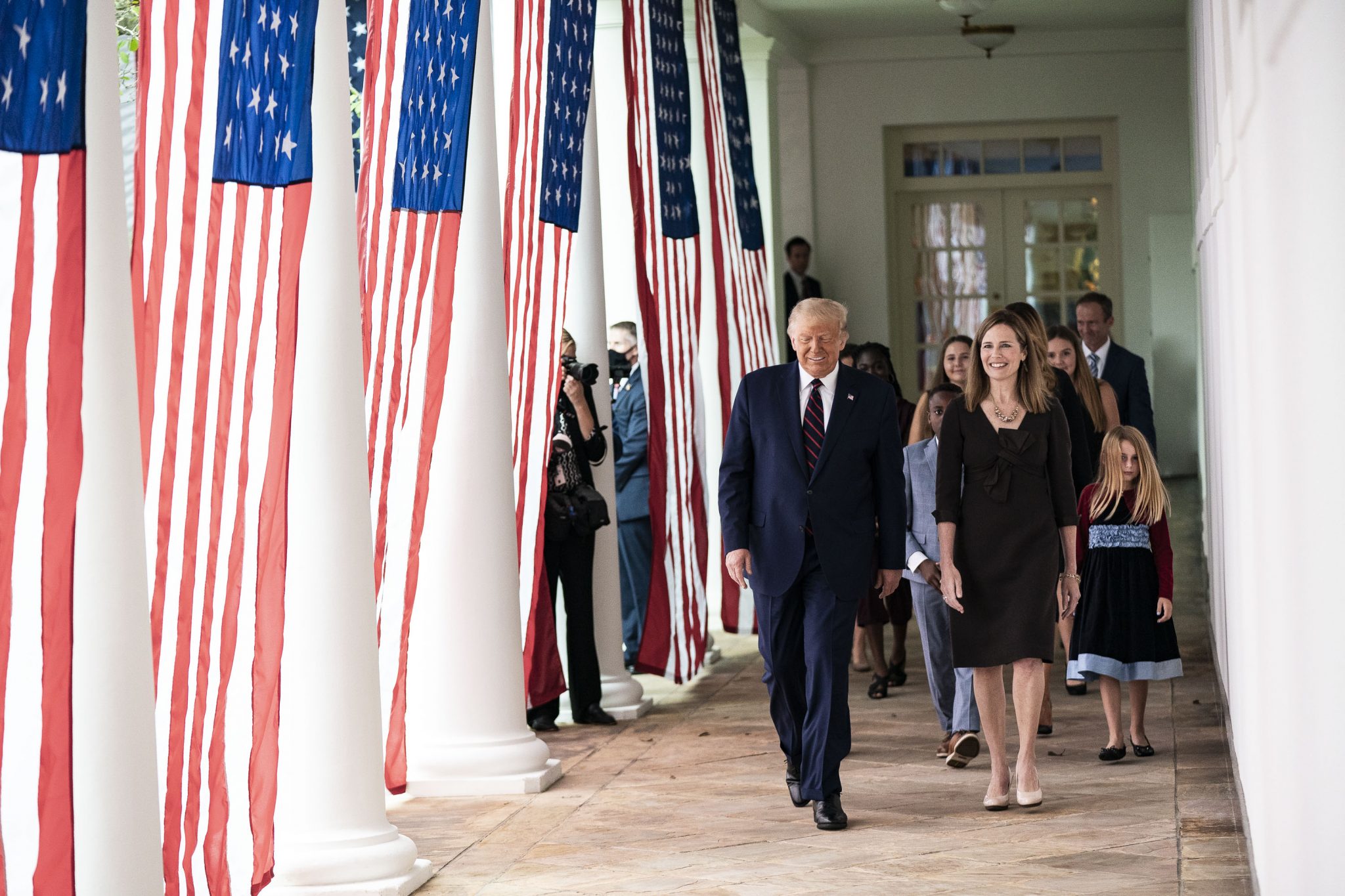 Why did it take 49 years to overturn Roe v. Wade, and who deserves credit for its demise not taking another 49 years?

“Because Donald J. Trump was president and because he had the courage to stick with solidly conservative jurists and because he, unlike Never Trumpers, knows how to hold the line, abortion now goes back to the people to decide,” she explains.

Paul Kengor similarly credits Trump with Friday’s triumph. He reflects that the former billionaire playboy surprised him in governing “as the best pro-life president the country ever had.”

“Overturning Roe v. Wade has been the overarching, seemingly impossible goal of the pro-life movement for almost five decades,” he writes. “Now that it has finally been achieved, four words should be on the lips of every pro-life conservative today: Thank you, Donald Trump.”

Donald Trump, of course, deserves enormous credit for going three-for-three in appointing justices faithful to the Constitution to the Supreme Court. To fully appreciate this accomplishment, do note the justices who voted in favor of the cases that Dobbs v. Jackson Women’s Health overturned.

Richard Nixon appointed the author of the Roe v. Wade opinion, Harry Blackmun, along with fellow Roe yes votes Lewis Powell and Warren Burger. Dwight Eisenhower placed William Brennan and Potter Stewart on the bench. While the Democrat appointees on that court voted 2-1 in Roe’s favor, the Republican appointees sided 5-1 in favor of it. The U.S. Supreme Court needed not a single Democrat vote to impose Roe v. Wade on the states.

So, Republicans giveth and Republicans taketh away regarding the “right” to an abortion. But the moment that Charlie Brown stopped trying to kick Lucy’s football occurred before Donald Trump publicly embraced the pro-life position.

The conservative movement grew up by the time George W. Bush nominated Harriet Miers to the Supreme Court. Even Bill Kristol, George Will, David Frum, Jonah Goldberg, and others currently alienated from the mainstream Right saw visions of John Paul Stephens and Harry Blackmun when they glimpsed Ms. Miers. The blank slate that once featured projections of a William Howard Taft now reverted to a very different default setting: David Souter. That unified conservative movement killed the Miers nomination and ensured that Samuel Alito, the author of the Dobbs decision, joined the court.

A decade later, Mitch McConnell made a high-risk, high-reward gamble in blocking the Merrick Garland nomination at a time when Hillary Clinton looked like a solid bet to win the White House and appoint a more extreme jurist than Barack Obama’s pick. McConnell’s gamble paid off. Instead of Merrick Garland, the court sat Neil Gorsuch.

McConnell engineered a power play after the September 18, 2020, death of Ruth Bader Ginsburg similar to the one he orchestrated after the death of her friend Antonin Scalia in 2016. Amy Coney Barrett won Senate confirmation 30 days after President Trump nominated her. So, instead of Joe Biden appointing two Supreme Court members, McConnell subtracted a nomination from him and added one for Donald Trump.

And Donald Trump deserves enormous credit, too, even if the idea of a billionaire bedder of Playboy Playmates and Penthouse Pets strikes so many as a peculiar pro-life champion.

Great may follow good in literature. It rarely does in history.

Consider the relationship of two of Donald Trump’s predecessors to another profound evil.

George Washington’s will set all his slaves free by his wife’s death. But he said little to nothing about the peculiar institution during his public life. Thomas Jefferson freed about 10 of the 600 or so human beings he enslaved during his life. Yet the words he wrote in the Declaration of Independence acted as a time bomb obliterating American slavery.

The past rarely accommodates predictions. History uneasily fits in neat, ideological boxes or conforms to the preferred script. A thrice-married billionaire Don Juan on record as pro-choice for much of his adult life did more than anyone else to end abortion on demand throughout the United States.

Some find that tough to accept. But after witnessing almost all of the judges who created and perpetuated Roe coming from the very party whose last 12 platforms decried abortion as a terrible injustice, the irony that a Donald Trump and not a Mother Teresa struck the most powerful blow for the pro-life cause should vex only those who put the rightness of their predictions above the righteousness of their principles.