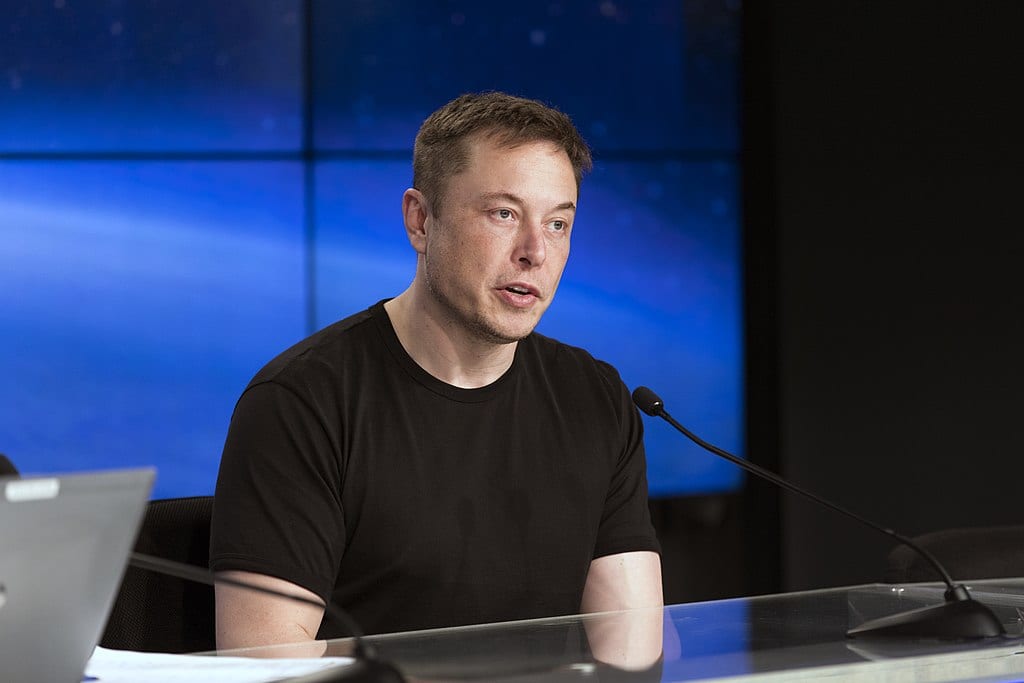 Which came first: the Tesla or the subsidy? The subsidy, of course. PayPal billionaire Elon Musk — along with Washington Post owner Jeff Bezos — are the poster boys for the left’s version of capitalism.

The Post was always a left-leaning newspaper but because Bezos bought it, and since President Trump was elected, the Post has become an agglomeration of the most vicious anti-Trump calumnies to be found in the Democratic Party, Hollywood, and anywhere else they’re uttered.

Musk is a bit different. He’s outspoken — too much so for the Securities and Exchange Commission — as well as the perfect crony capitalist. His businesses go where the government chooses to subsidize them.

Take Tesla, Musk’s electric car company. Everyone who purchases a Tesla receives an income tax credit from the federal government of up to $7,500 on cars that usually cost about $80,000. (That subsidy is halved for cars delivered after 2018 and halved again in July 2019.). Many states and localities also subsidize electric car purchases by direct subsidies and by exempting them from state and local taxes.

Tesla has sold over 200,000 such cars, as has General Motors, whose amazingly stupid Chevy Volt is still on the market, triggering the reduction — but not the end — of the subsidies.

And then there’s Solar City, Musk’s photovoltaic panel company, which is the U.S.’s largest supplier of rooftop solar panels. The federal government provides a tax credit in the amount of thirty percent of the cost of such systems. Various states also subsidize them. Like electric cars, Musk’s Solar City company isn’t the only such company profiting from the subsidies: it’s just the biggest one.

Did I forget to mention that Musk was a donation bundler for Obama? We don’t know how many hundreds of thousands or millions of dollars he raised for Obama by Musk’s dragooning his friends and business partners to make donations. It’s certainly a coincidence that the Obama administration lent Tesla about $465 million to develop its Model S car.

All through the Obama years, and by 2015 according to a Los Angeles Times report, Musk’s companies — including SpaceX, his venture into space launch services — received at least $4.9 billion in government subsidies. In 2015, after ten years in business, both Tesla and Solar City were losing money. (Tesla subsequently bought Solar City.)

Meanwhile, New York’s government spent about $750 million to build a factory for Tesla/Solar City in Albany. Musk’s companies invested $150 million in the project. Its solar products business is failing so, with job cuts, the factory has apparently been mostly rededicated for production of Tesla cars.

SpaceX is a special sort of problem. We’ll come back to that in a minute.

Musk’s outspokenness was highlighted hilariously in his September podcast with MSNBC’s Joe Rogan. (You can see it some of it here. It’s not worth two hours of your time to see the whole thing.)

Recorded in California, where marijuana is legal, it features Rogan producing a marijuana-tobacco object the size of a small cigar which the two lit up and apparently got the full benefit of. It wasn’t “Cheech and Chong” but it was pretty funny.

Musk said that he doesn’t smoke marijuana regularly because it reduces productivity. He’s too young to have been a member of Obama’s high school group called the “Choom Gang,” which got together to smoke weed as often as it could.

That performance didn’t go over well with Tesla shareholders. Neither did Musk’s statement earlier this year in which he called a British diver who participated in the Thailand cave rescue of a boys’ soccer team a pedophile.

Far less amusing was Musk’s August 7 statement in which he said he was taking the Tesla company private. And then he changed his mind and said he wasn’t. The stock price fell by over 30%.

The SEC, of course, was taking all this in. It brought a case against Musk in the New York City federal district court. The SEC and Musk later entered into a settlement which, in part, forced Musk out of his position as Tesla’s CEO. One of the provisions of the settlement required Musk to keep his Twitter account out of the fight. Which he immediately violated, tweeting the other day that the SEC was the “Shortseller Enrichment Commission.”

Over last weekend, Musk hired Washington power lawyer Dane Butswinkas of the Williams & Connolly firm to clean up his SEC mess. It will be a very expensive exercise.

And then there’s SpaceX.

A dozen years ago, the federal government decided that it would be cheaper to have aerospace companies provide that service than to maintain that capability itself. The problem it had was that there wasn’t enough business to support both launch services companies, Lockheed-Martin and Boeing.

At the Pentagon’s urging, the two formed a joint venture called United Launch Alliance, or “ULA.” (I was a consultant for ULA for about six months in 2012, leading a defense-related study.)

Over the years, ULA has established itself as the premier launch services provider. Since it was formed in 2006, ULA has a perfect record of 120 successful launches on its Atlas and Delta rocket systems.

But there’s a big problem. The cost to the government has risen so high that it’s not uncommon for a single launch to cost over $200 million. Government customers — mostly the Air Force and NASA — wanted a cheaper launch service provider.

Hence the creation of SpaceX.

SpaceX began bulling its way into the market and demanding a share of the business. It does business differently. The first stage of its rockets, which it manufactures itself, are supposedly re-usable. It “integrates” satellites horizontally — mating them to the launch vehicle mechanically and electronically — before they are erected to the vertical for launch — while ULA integrates vertically.

But that’s assuming it works. For a very long time, SpaceX bragged about its reliability and begged for a chance to launch a classified payload, insisting that ULA benefitted from government prejudice.

The government helped pay for SpaceX to qualify to launch government spacecraft. (It had also helped pay to test and prove ULA’s rockets.)

The Air Force has responsibility to launch space vehicles for all military and intelligence services. Of its $350 million annual budget, a big chunk goes to launch services. Agencies such as the CIA and NSA also contribute by paying to build and launch classified payloads.

“Classified payload” is a euphemism that covers a lot of “black programs” such as spy satellites, which are top-secret. The average spy satellite costs at least $1 billion to manufacture. It’s big, heavy, and sports sensors not found in the civilian world. Launched to low or medium earth orbit — 400 to 22,000 miles above the earth — they are the means of listening to (and intercepting) every means of communicating, radar-imaging, and photographing anything on earth. It’s said that the best LEO satellites can read a car’s license plate.

Because they are very expensive and take so long to build — usually more than a year — the Air Force was resistant to using SpaceX to launch classified payloads. When he was Air Force Chief of Staff, Gen. Norton Schwartz reportedly said that he didn’t want to trust the “crown jewels” to an unproven rocket.

Schwartz’s doubts were clearly justified. In January, SpaceX launched the “Zuma” classified payload on one of its Falcon 9 rockets. It didn’t get to its proper orbit and was a total loss, probably falling into the ocean.

SpaceX immediately claimed that the failure was not its fault. It blamed Northrop Grumman which built the fairings — the stage of the rocket that holds and releases the satellite into orbit — for the failure.

The Air Force didn’t give SpaceX a clean bill of health after the expensive Zuma failure. All it said was that it didn’t identify information that changed SpaceX’s “certification status,” meaning that it can still launch classified payloads.

SpaceX, Tesla, and Solar City are perfect examples of what some call “crony capitalism.” They were created and have been sustained by government action directed for their benefit.

Whether SpaceX survives will also depend on government action. ULA is working to cut the costs of launches dramatically and to end its Atlas launch vehicles’ dependence on Russian-manufactured rocket engines. It is developing a whole new series of rockets to meet the Air Force’s demand for cheaper launches.

Musk has been playing a short-term game. Tesla’s electric car market is fading because its subsidies are being phased out. Its products are manufactured for those wealthy enough — and politically correct enough — to buy them. The same holds true for its solar panel market.

After PayPal, crony capitalism gave birth to Musk’s business ventures. The end of one will be the end of the others. In a truly competitive market, SpaceX’s record of performance wouldn’t sustain it much longer. Only political influence — in the form of more crony capitalism — can save it.