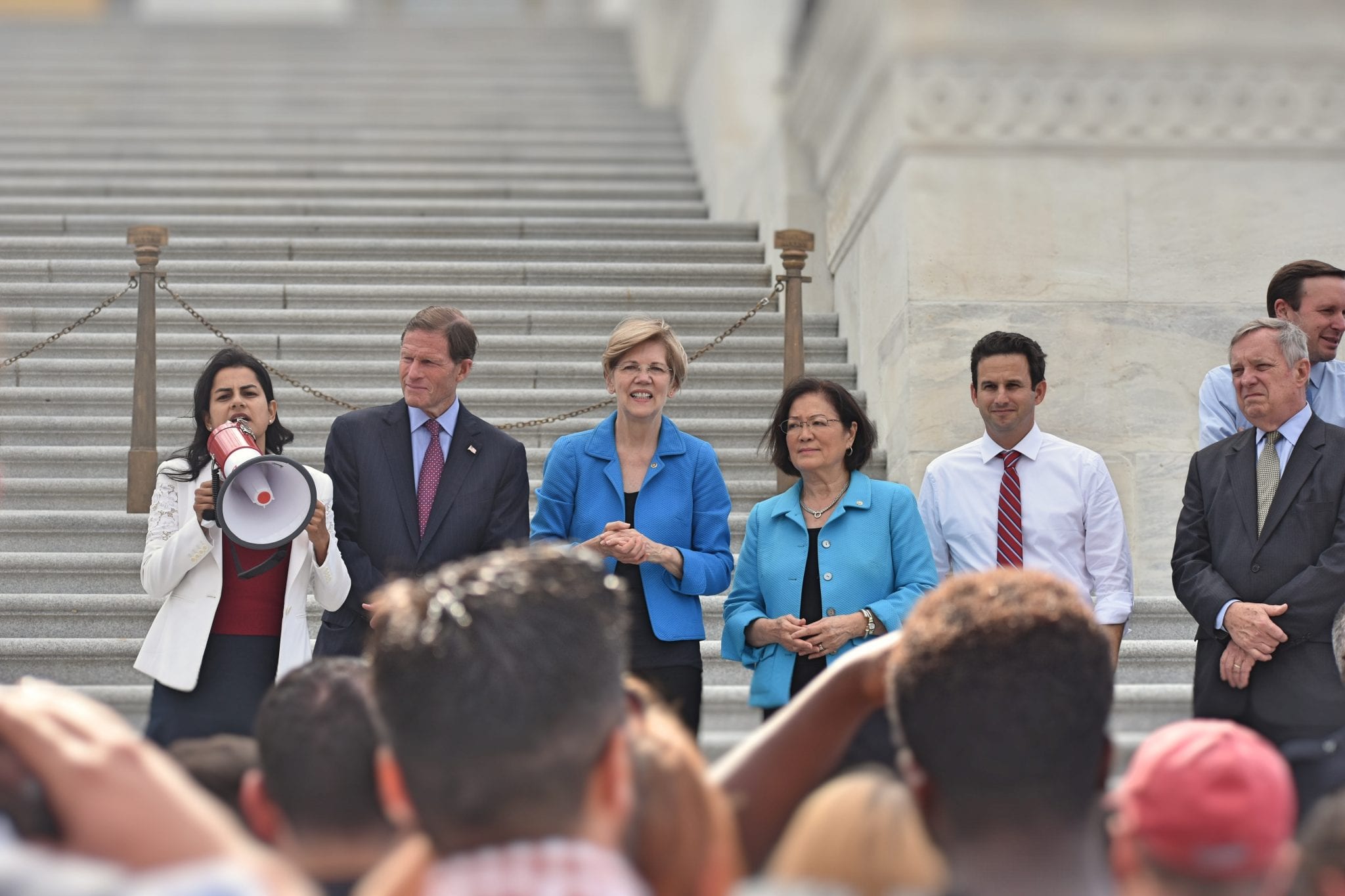 Some people miss their own irony.

“I will direct my FTC to block all future hospital mergers unless the merging companies can prove that the newly-merged entity will maintain or improve care,” she writes. Yet, the same rationale hospitals use to justify mergers — efficiency — serves as Warren’s reasoning to replace scores of insurers with the One Big Washington Insurer. The numbers bear out her suspicion of mergers adversely affecting consumers. “Prices at monopoly hospitals are 12 percent higher than those in markets with four or more rivals,” a study in Quarterly Journal of Economics pointed out earlier this year. Strangely, she overlooks the similar outcome monopolizing the insurance industry through “Medicare for All” likely unleashes.

Warren imagines that her plan saves by “reimburs[ing] physicians and other non-hospital providers at current Medicare rates.” But Medicare pays less than 90 cents on the dollar in reimbursements precisely because providers overcharge the very private insurers outlawed by the legislation she co-sponsors. How can such discounted rates continue after abolishing the institutions that make them possible?

Uncle Sam, heretofore not known for penny pinching or coupon clipping, somehow beats private industry in securing the best deal for consumers in Warren’s vision of the future. She accomplishes universal coverage at slightly reduced prices through “targeted spending cuts, new taxes on giant corporations and the richest 1% of Americans, and by cracking down on tax evasion and fraud.”

It gets more fantastical. She emphasizes in bold print, “Under my Medicare for All plan, [premiums, copays, deductibles, and out-of-pocket expenses] will drop from $11 trillion to practically zero,” “We don’t need to raise taxes on the middle class by one penny to finance Medicare for All,” and “[C]ompanies will pay less than they otherwise would have, saving $200 billion over the next ten years.”

If you don’t pay, who does? Ostensibly, the government does.

Warren’s plan shifts the payment burden from employers and individuals to the federal government. This private-to-public shift comes at an odd time. Total federal revenues amount to about $3.5 trillion with expenses at $4.5 trillion. Despite this $1 trillion deficit, Warren effectively calls for almost a doubling of federal expenditures (federal expenditures, which already subsidize the health-care market, currently fall just short of the price tag for all U.S. health-care expenditures).

In reality, the plan relies on numbers that add up politically though not mathematically. She wants every American to enjoy free health care at the expense of a tiny fraction of the population. In the short term, many Americans might find a more affluent stranger paying their medical bills quite appealing. In the long term, it disincentivizes wealth creation by confiscating increasing amounts of created wealth.

Warren misses the point. With nearly everyone already covered, Americans clamor not for universal insurance but for better, cheaper health care. The affordability matters because the economy remains hamstrung by health care. The bottom lines of individuals, businesses, and government endure great harm because of out-of-control medical costs.

Warren’s plan eliminates competition by taking away all options to pay for health care save for the federal government. Past performance does not guarantee future results, but monopolies generally mean bad things for consumers. They allow institutions to provide inferior quality at exorbitant prices. No incentive in the form of competition forces them from their sclerosis.

Americans might initially welcome a federal program of free plasma televisions. But upon seeing one show simultaneously on all channels, that enthusiasm soon wanes.

Medicare for All means private insurance for none and the federal government cornering a $3.6 trillion market for itself. The consumers Warren ostensibly champions do not benefit here. Bureaucrats do.