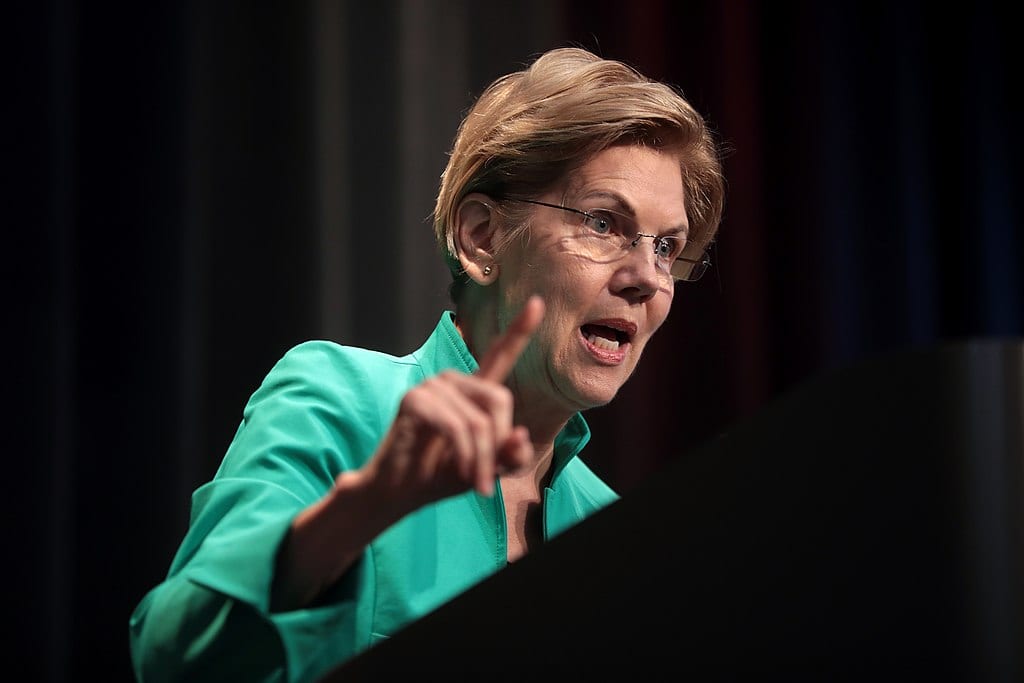 What on earth is Sen. Warren thinking of? What are the mandarins of America’s business community thinking of? Mrs. Elizabeth Warren is clearly thinking, along with the French writer Proudhon, that “Property is theft,” and as a demagogue in politics whose stock in trade is envy, I don’t think her behavior or her attitudes are strange. But the many CEOs of large corporations who signed up with her in her attack on property seem to me to be a bit more confused.

Let’s start at the beginning. A short time ago, Mrs. Warren offered up a proposal to basically castrate the top dogs of American industry of the publicly held variety. Management of these large corporations would be mandatorily transferred to “stakeholders,” which could mean outsiders or union reps. Automatically, 40 percent of board seats would go to “stakeholders.”

That could be anyone. But it certainly would not have to be large owners of the company. Now, as far as I can see, “stakeholders” already have a huge ownership stake in the company. The federal government already controls the hours and minimum wages that a worker can be paid. There are also strict clauses on retirement plans, safety on the job, and, of course, taxes of every description.

This does not mean that corporations are wards of the workers. It does mean that government has certainly not abandoned the workplace to Snidely Whiplash and his thugs.

At that point we have a socialist economy. Power in corporate matters will pass from the families that started the company to angry people who want the corporate form dead and buried.

There are such people. But what will happen to innovation and invention when a large chunk of the reward for such innovation goes to “stakeholders”?

Now, don’t get me wrong. I’m as human as the next guy. I want to see billionaires who got there by some combo of struggle and genius. I don’t want all of the money to get where it’s going by some weird chance. But I do want the incentives for successful industry to go to people without whom there would be no modern America as know it.

Socialism has its points, but mass prosperity is not one of them.

Private property has its flaws, but mass poverty is not generally in recent centuries one of them.

So we come down to a basic struggle in human nature — between envy and ambition. We’ll do well if we can stick with envy as the lesser motivator and let ambition triumph.