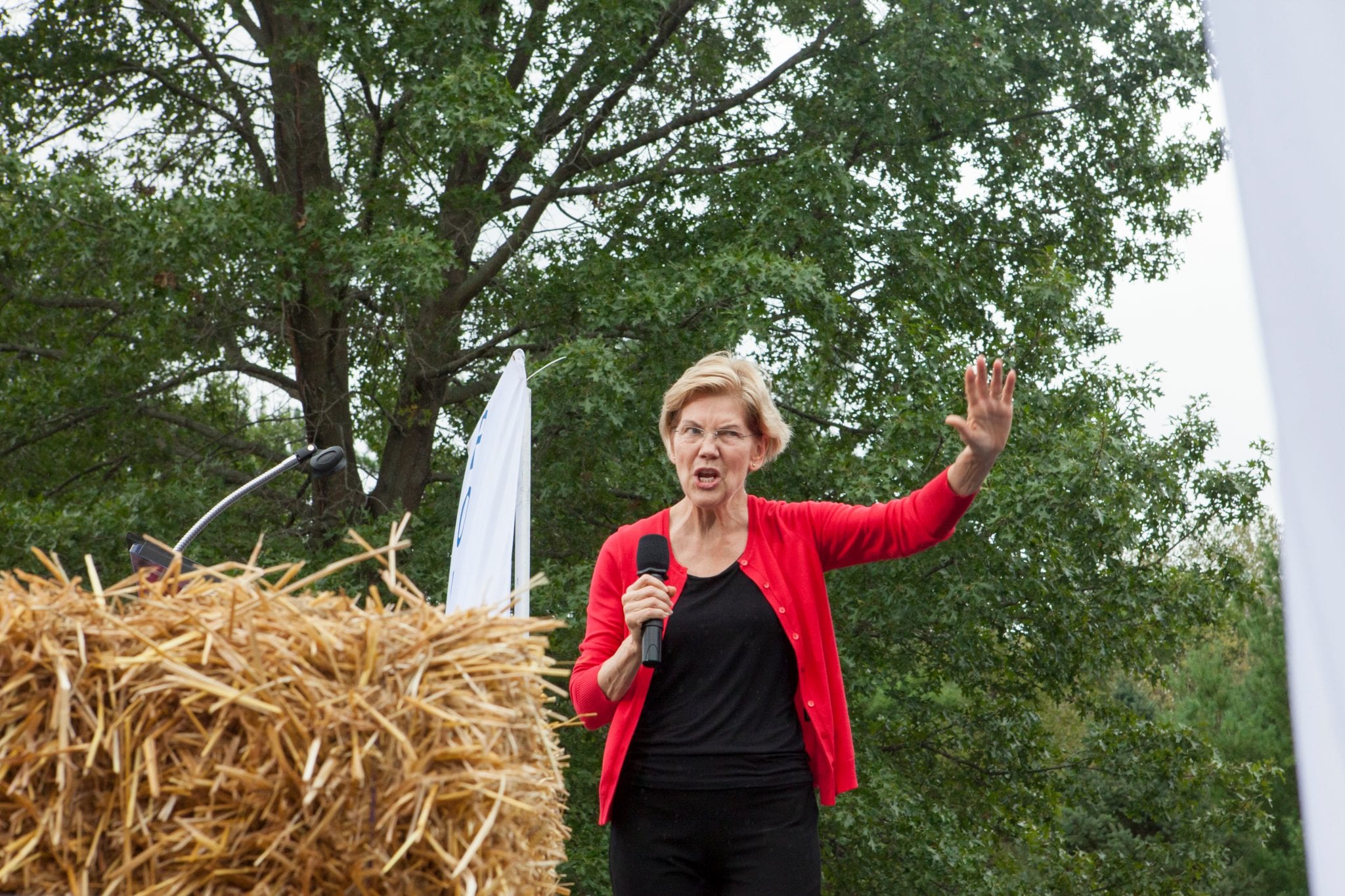 She wrote on Monday that “my plan would eliminate the appearance of impropriety by banning federal judges from owning or trading individual stocks, while allowing them to instead invest in conflict-free mutual funds or open new investment accounts managed by the Federal Retirement Thrift Investment Board.” This proposal follows another one by Warren aiming to ban elected federal officeholders from owning individual stocks and still others that see Wall Street the way Moriarty views Holmes.

Rather than restrict access to stocks, Warren and other elected officials should encourage ownership of them. Fifty-five percent of Americans own stock, according to an annual survey released last month by Gallup. Opportunities increased for those who owned stock over the last decade or so, when the Dow Jones Industrial Average nearly quadrupled from its post meltdown nadir to now. If more Americans rather than fewer participated in this basic engine of economic progress, then the more egalitarian society Warren envisions might emerge. And even if inequalities persisted, which they certainly would, then at least those currently on the ragged edge of the middle class would more fully realize the American Dream.

When companies make employees owners, a relationship sometimes regarded as adversarial becomes cooperative. The interest of the owners becomes the interest of employees. And when this occurs, productivity increases. And because increased productivity leads to greater profits, workers generally add to their wealth in ways far beyond salary or wages.

How to achieve this?

Moving more employees into owning stock requires deferring tax on the shares until they are sold. Current tax comes due upon the exercise of options, which discourages holding the shares for the long term because it inevitably results in selling stock to fulfill tax obligations.

Current interest rates exacerbate the gap between the wealthy and the workers. Interest rates at 1.5 percent for 10-year U.S. Treasury notes, for instance, means a real interest rate of negative 0.5 percent. Low interest rates cause asset inflation. This proves especially the case in assets with cash yields. So, those currently shut out of the market suffer relative to those invested in it. Whereas salaries go up with inflation in the 2-percent range for salaried employees, the wealth boost that occurs when employees invest in the companies they work for can increase up to 10 to 15 percent as a result of dividend yield.

A healthy Wall Street can make for a healthy Main Street, but only when the streets intersect. Even now, with less than three-fifths of Americans invested in stocks, a healthy Wall Street makes for a healthier Main Street. “In September, the unemployment rate declined by 0.2 percentage point to 3.5 percent,” the Bureau of Labor Statistics reports:

The last time the rate was this low was in December 1969, when it also was 3.5 percent. Over the month, the number of unemployed persons decreased by 275,000 to 5.8 million. Among the major worker groups, the unemployment rate for Whites declined to 3.2 percent in September. The jobless rates for adult men (3.2 percent), adult women (3.1 percent), teenagers (12.5 percent), Blacks (5.5 percent), Asians (2.5 percent), and Hispanics (3.9 percent) showed little or no change over the month.

But wealth increases as a result of the stock market occur most directly when the connections of workers to Wall Street become something more than tangential. Paradoxically, only when workers can truly say, “We’re all capitalists now,” will the complaints of socialists fall on deaf ears.