Gun Grabbers Gun control,Gun Rights,Gun Violence,Guns,Violence Guns and Grandpas - The American Spectator | USA News and Politics
Menu
Gun Grabbers
Guns and Grandpas
We need a nation of decent law-abiding Americans who can control themselves as well as their aim. 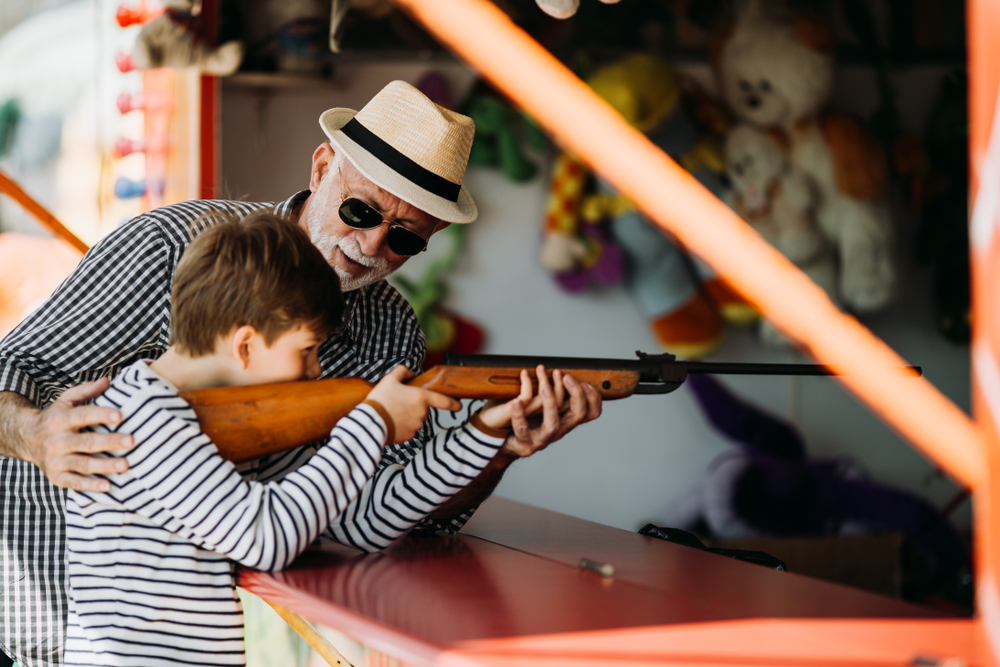 Liberals don’t quite know how to process the case of the Indiana “Good Samaritan,” Mr. Elisjsha Dicken. Dicken is the 22-year-old who within 15 seconds landed eight of 10 shots upon the body of a would-be mass shooter at Greenwood Park Mall, an action for which those present, their families, and the local law enforcement were very grateful.

“Many more people would have died last night if not for the responsible armed citizen,” said Greenwood Police Chief James Ison. He called Dicken’s actions “nothing short of heroic.”

Liberals are not sure what to think about that. They oppose such laws. They also oppose reciprocity laws for those of us who have conceal-carry permits and travel from state to state. In May, I drove from Pennsylvania through Ohio and Indiana into Illinois. I couldn’t bring along my handgun solely because of liberals in Chicago. Those liberals dominate the Legislature and deprive Illinois citizens statewide of basic Second Amendment freedoms. It is absurd that farmers in flat, rural, remote areas of Illinois are at the mercy and control of Hyde Park liberals.

Of course, it’s like that in many states. One big, liberal city dictates laws for everyone else in the state’s remaining 99.99 percent of square miles.

But back to Mr. Dicken.

Liberals express shock and bewilderment that Mr. Dicken had no police or military training. They’re amazed that Mr. Dicken learned how to use a gun from his grandpa — somewhat akin to their confusion when informed that the milk for their grande skim latte comes from some cowpoke in Nebraska. Is it not created from a magical package of Pixie dust swirled up by the pierced, tattooed barista?

A trigger warning (pardon the pun) to liberals: Since the founding of the republic, most of our armed citizenry has learned to shoot from their grandpas — and their dads, uncles, big brothers, and even some grandmas. The Founding Fathers, dear progressive, were not police trained.

I learned to shoot from my father and both my grandfathers. My cousin Drew spent hours target-shooting into a stump in my grandfather’s basement in New Kensington, Pennsylvania, with a .22 rifle. In recent weeks, my 14-year-old and I have been shooting a .22 magnum rifle and .22 handgun at a stump behind my house. My dad will be teaching him to shoot a deer rifle in the next few weeks.

Here’s a double trigger-warning for liberals: Once upon a time in America, young boys learned to shoot — brace yourselves, snowflakes, brace yourselves! — at school. Yes, school.

Back in the days before America went to hell in a handbasket, when things like religion and virtue were practiced as much as target shooting, schools had rifle clubs.

When I was in high school in the 1980s, we had a gun club. How many of you reading recall such clubs? They were common. In 1984, New York state still had 65 school districts with rifle teams.

Liberals don’t like the ’80s. They especially don’t like the ’50s. I was recently talking to an 82-year-old who was in high school in the 1950s. He regularly brought his gun. He strolled in with his .22 rifle, which he placed in his locker. Other boys did the same. The gym teacher after school grabbed his shotgun from his office and drove the fields with the boys, shooting rabbits.

Funny, no one thought of shooting up their classmates.

My mother remembers her parents in the 1950s taking in hunters as “boarders” during deer season in Emporium, Pennsylvania. These were strangers, often steelworkers and coalminers coming up from Pittsburgh to hunt in the mountains. Many were World War II vets, some surely plagued by what we would call PTSD. They brought ammo into the house and cleaned their rifles in their bedrooms. My grandma woke them up at 5:00 a.m. and made them breakfast, and off they went into the snowy woods. And guess what? Not a single murder. (READ MORE: It Doesn’t Start With Guns)

This, too, was during the 1950s, a decade that hysterical progressives look back at, screaming at the top of their collective lungs: RACISM!!!

I could give numerous examples. I wrote a piece a few years ago about deer hunting and guns in schools in the old days. It prompted a flood of reader comments, with responses like these:

From a fellow named “Sugarbare”: “Back in the ’60s, we left our guns in the cars parked at the high school so that we could immediately head for the woods as soon as school was out. Those who drove to school would store guns for those who were dropped off at school.”

From “Buzzard”: “When I was in the second grade, I took my dad’s old .38 pistol to school for show and tell. Now days they would call in the SWAT team for a kid with an empty shotgun shell.”

From “vdroddy”: “Even in the 1960s and ’70s, in Clarion County, Pennsylvania, we brought our hunting rifles to school just before Buck Season to show them off.”

Many of those reading now will shrug this off as a bygone era, which admittedly it is. What we need today, in the 2020s, is a nation of decent law-abiding Americans who can control themselves as well as their aim. This country suffers not from the Second Amendment but from a culture flown off the hinges, no longer anchored by the Judeo-Christian values that tempered passions and taught people about self-control. This is a culture of post-Christendom — one that secular liberals have craved. Well, behold, dear liberals, it has arrived. It is ugly.

And sadly, it’s only going to get worse.