by Eric Peters
Hyundai Ioniq: the car of the future? Image: Deni Williams/Shutterstock.com 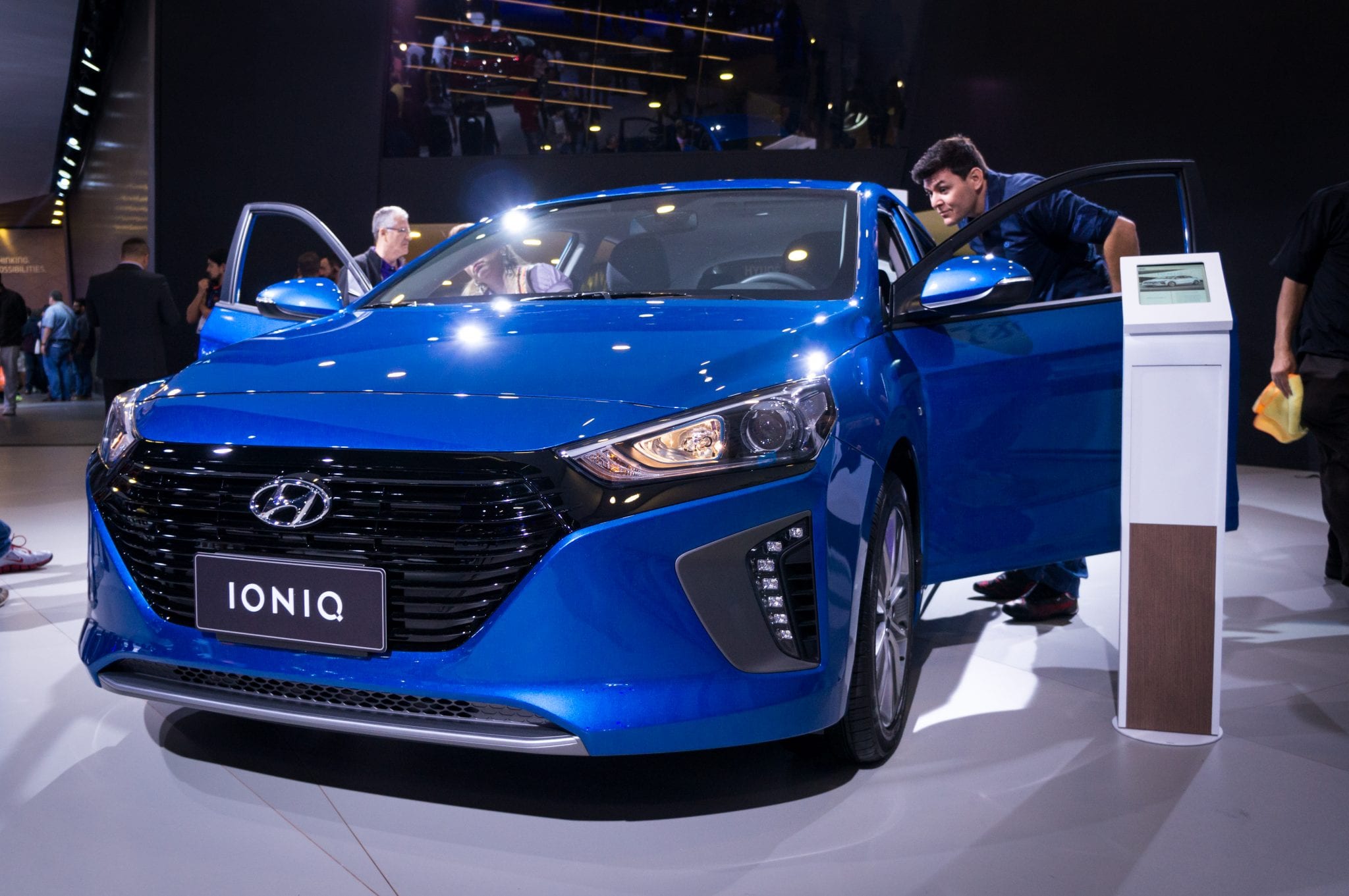 Donald Trump isn’t a libertarian, but he is the guy who just rescinded the fatwa imposed by his extremely un-libertarian predecessor that would have almost tripled the fines imposed on car companies that didn’t “achieve compliance” with federal fuel economy mandatory minimums.

This is no small thing — because of the other fatwa, still in place. The one that decrees a near-doubling of the average mileage new cars will be required to achieve over the course of the next six years.

Trump is working on that one.

Regardless, he just saved you a lot of money — and he may just have saved the car industry, too.

At least for the moment.

This arbitrarily decreed number — arbitrary because it’s just “decided” upon by federal bureaucrats, at their whim, based upon what they in their infinite wisdom consider to be “achievable,” no matter what it costs — has been steadily rising since the late ’70s, from around 22 miles per gallon to the current 30-something miles per gallon.

Over the past 30-something years, cars have become more “efficient” as a result of this gradual ratcheting-up of CAFE requirements. They have also become progressively more expensive with each ratcheting-up, since it takes technology to “achieve compliance” while also maintaining the attributes car buyers expect, such as the physical size of the vehicle as well as its power/performance/capability.

It is hard to get a car to average 30-something mpg while also being not small and able to get to 60 mph in less than 8 seconds (most buyers won’t buy a car that can’t do this).

Or carry a family — as opposed to a single driver and perhaps one passenger. And have the power to pull a trailer.

People do value gas mileage. Just not gas mileage uber alles — as the non-libertarians in government insist they do.

If they did value it uber alles, the car companies would not need to be forced — by punishing fines — to build such cars. They would respond to … the market for such cars.

The fines are currently set at $5.50 for every 0.1 mpg below the current arbitrarily decreed “fleet average” of 30-something mpg.

They were about to almost triple to $14 for the same “crime” — i.e., manufacturing cars that met the requirements of car buyers rather than “achieved compliance” with government gas mileage fatwas.

This is as un-libertarian as it gets.

It’s also the billy stick that would have given the other fatwa — the near-doubling of the arbitrarily decreed mandatory minimum “fleet average” from 30-something to 50-something mpg that Orange Man is still trying to rescind — skull-crushing power.

To understand why, one must first know that there are only two cars on the market that “achieve compliance” with the doubled-down 50-something mpg fatwa. They are compact-sized hybrids such as the Toyota Prius Prime and Hyundai Ioniq — both of which just barely “achieve compliance” (they average 54 mpg).

Put another way: Every single non-hybrid car — and all trucks, SUVs and crossovers — currently on the market does not “achieve compliance” with the doubled-down fatwa hurled by the Orange Man’s extremely un-libertarian predecessor.

Had Trump not rescinded the near-tripling of fines to be imposed for failure to “achieve compliance” with the doubled-down mpg fatwa, it would have meant either a massive increase in the cost to buy every non-compliant model still around a couple of years from now, amounting to at least several hundred dollars per vehicle and as much as several thousand dollars per vehicle — in the case of vehicles like trucks and SUVs, which cannot “achieve compliance” with a 50-something mpg mandatory minimum, unless the laws of thermodynamics can be rescinded …

Or the wholesale cancellation of every single non-hybrid car currently on the market — because with hundreds or thousands of dollars in fines added to their sticker prices, they would simply be too expensive for most people to afford.

Which is exactly what was intended by the first fatwa.

The non-libertarians in Washington cannot stand it that the hoi polloi — that’s you and I — decline to buy tiny, underpowered cars like the Prius and its ilk and instead choose to buy larger, stronger vehicles that suit our preferences.

It is not enough for these non-libertarians that “efficient” cars like the Prius and other small, underpowered hybrids are available — for those who prefer them.

They insist we prefer them, too. And if we don’t, we are to be persuaded — via punishment applied to the car makers, who in turn punish us with higher costs and fewer choices.

But Trump has just thrown a sabot in their machinery — and that was a very libertarian thing. He has taken away the billy stick that would have given the other fatwa its skull-crushing power.

Even if he doesn’t succeed in rescinding the 50-something mpg fatwa, he has already managed to emasculate it.

The non-libertarians can decree that new cars must average 50-something mpg. But without the tripling of fines for those that don’t “achieve compliance,” it will still be feasible for the car industry to continue building such cars.

Which means they will still be available for us to buy — at prices we can still afford.

The next one may matter most of all.