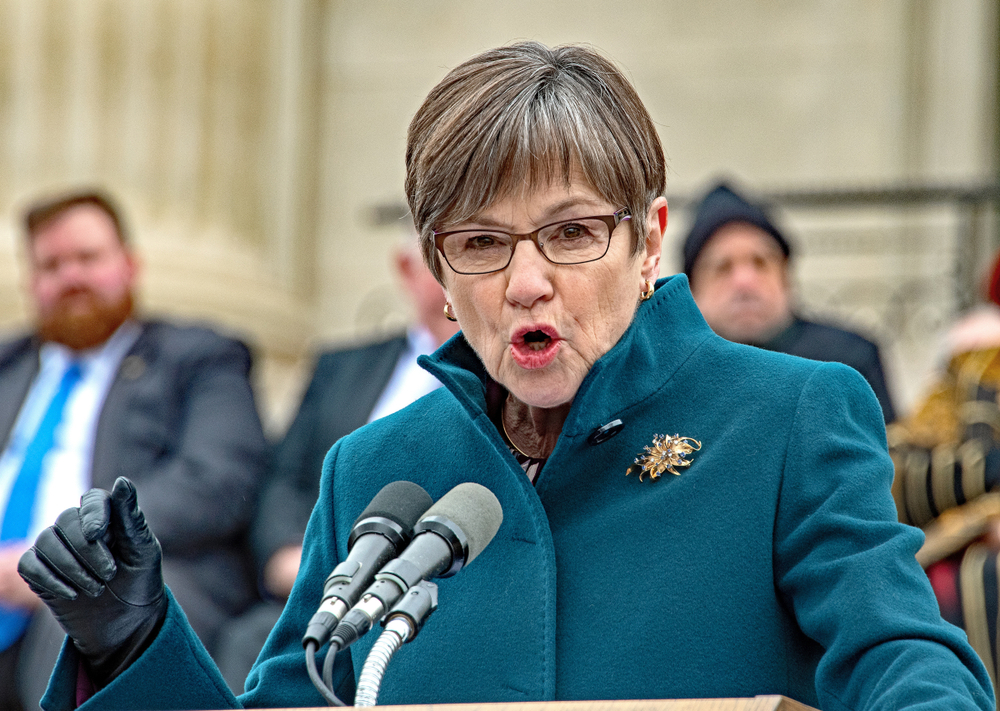 Imagine your governor made a secret deal with third-party groups that influenced your state’s elections — and, worse, didn’t inform the public until after the election passed. That’s exactly what happened in Kansas in 2020 when Gov. Laura Kelly secretly worked with outside groups to register hundreds of thousands of voters who were probably more likely to vote for liberal candidates. State lawmakers just overrode the governor’s veto to prevent her and future governors from making similar agreements in secret or without the Legislature’s approval. But the same scandal that the Kansas Legislature has now stopped is surely playing out elsewhere. Other states should follow Kansas’s lead before it’s too late.

The story starts in November 2019, when Gov. Kelly, a Democrat, met with a coalition of liberal groups, including Demos and the American Civil Liberties Union (ACLU). They informed her they were about to bring a lawsuit against Kansas alleging violations of the National Voter Registration Act. Ultimately, the lawsuit wasn’t filed because the governor unilaterally signed a legally binding settlement agreement to implement the groups’ demands, without informing voters.

A settlement agreement is a legally binding deal that commits a party to action while avoiding any admission of wrongdoing. The Governor’s Office has not acknowledged when this deal was signed, but, under its terms, the Kansas Department of Children and Families and the Kansas Department of Health and Environment sent out more than 277,000 voter registration forms. The forms were mailed sometime between November 2019 and November 2020, when Kansans voted for the presidency, the U.S. Senate, four U.S. House races, and a wide variety of state positions.

The deal itself is deeply concerning. It likely boosted voter registration among constituencies that skew to the left; the two agencies oversee food stamps, Medicaid, and other welfare programs. Since the governor focused on these agencies while ignoring others, Kansans have reason to believe she was unfairly attempting to influence election outcomes. (My organization is suing the Biden administration for refusing to disclose its own voter registration activities, which are largely based on a similar federal plan authored by Demos.)

Even more concerning is the lack of transparency. The first Kansans learned of their state’s collaboration with outside groups was in September 2020, just over a month before the election. That’s when Demos vaguely acknowledged it was “working with the Governor’s office” to register voters on public assistance programs. Gov. Kelly followed up by saying that her administration had “taken several steps to improve our outreach to Kansans.” Yet neither the governor nor these groups mentioned their agreement.

In fact, Kansans didn’t know about the settlement agreement until September 2021 — nearly two years after that first meeting. That’s when Demos issued a press release acknowledging the deal’s existence. A day later, perhaps in a rush to respond, Gov. Kelly issued her own statement, with much of the text lifted straight from the Demos press release. To date, no copy of the settlement agreement has been revealed to the public.

As soon as the agreement came to light, state legislators began asking questions. What gives a governor the right to change the state’s election practices without the Legislature’s input? Why did Gov. Kelly focus solely on people receiving public assistance? And why did it take nearly two years for her to acknowledge that she’d made a legally binding deal?

In April, after answers didn’t materialize, the Republican Legislature passed a bill to prevent governors from keeping the public in the dark. Gov. Kelly, who’s up for reelection in 2022, ultimately vetoed the bill on May 13, leading to the Legislature’s override.

Under the new law, governors are still able to negotiate settlement agreements, but they must inform the legislature. Once a deal has been reached, lawmakers must vote on it, and, with a no vote, an agreement will not go into effect. While Gov. Kelly said when vetoing the bill that “there are times when it is necessary or actually better” to enter these agreements, there is never a time to keep them hidden from the legislature and voting public. That’s especially true for deals that involve elections and voter registration, which demand the highest standards of transparency and scrutiny.

Should other states care? Absolutely. Demos has bragged that it was also responsible for nearly three million voter registration mailings in Arizona, North Carolina, Michigan, and Virginia — all key states in the 2020 election. Settlement agreements may have been involved. Voters in every state should ask if their governors have reached similar secret deals. And state lawmakers should make sure they can’t.

Stewart Whitson is legal director of the Foundation for Government Accountability.