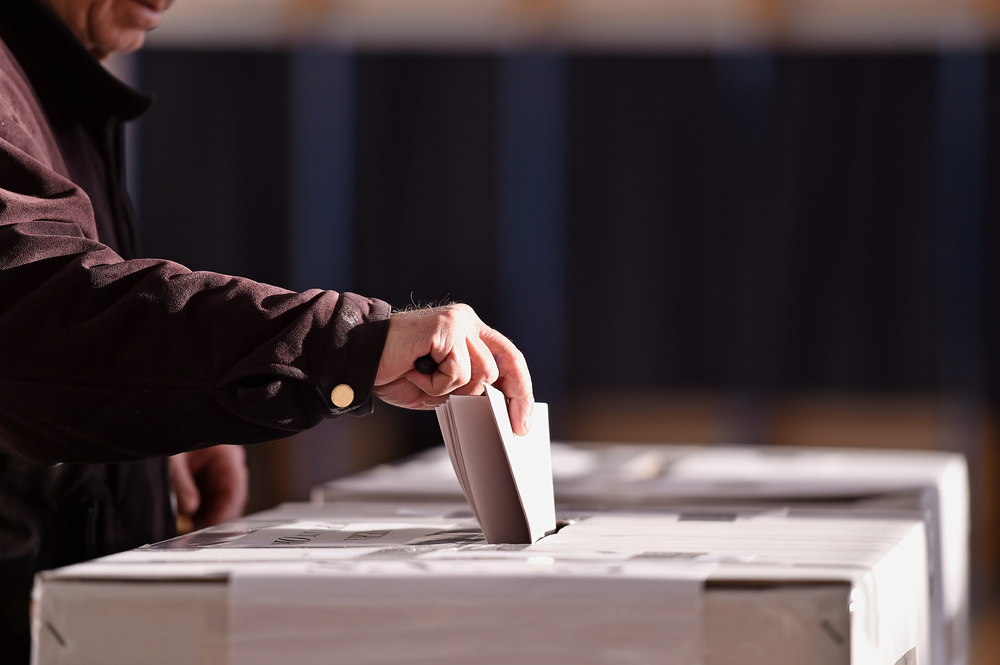 Public opinion surveys consistently show that a majority of the electorate favors robust election integrity laws. The most recent Rasmussen poll of likely voters, for example, found that 75 percent — including 69 percent of black voters and 82 percent of other nonwhite voters — favor voter ID laws. Solid majorities of Democratic and Independent voters agree. Yet the Democrats who control Washington and the corporate news media insist that efforts by GOP state legislatures to bolster election integrity laws constitute a sinister conspiracy to suppress the minority vote. This plot will lead to restrictions on voting rights, warns the Washington Post, “potentially amounting to the most sweeping contraction of ballot access in the United States since the end of Reconstruction.”

This nonsense is based on a report from the “nonpartisan” Brennan Center for Justice, which makes the following claim: “As of February 19, 2021, state lawmakers have carried over, prefiled, or introduced 253 bills with provisions that restrict voting access in 43 states.” This is deliberately couched in far more ominous terms than is justified by the facts. The “restrictions” include perfectly reasonable voter ID laws, sensible safeguards involving mail-in ballots, coherent registration deadlines, and responsible updating of voter rolls. Nonetheless, when Georgia’s Republican Gov. Brian Kemp signed a comprehensive election reform bill into law last week, the Democrats universally denounced it while our new president released this irresponsible statement:

This law, like so many others being pursued by Republicans in statehouses across the country is a blatant attack on the Constitution and good conscience…. This is Jim Crow in the 21st Century. It must end. We have a moral and Constitutional obligation to act. I once again urge Congress to pass the For the People Act and the John Lewis Voting Rights Advancement Act to make it easier for all eligible Americans to access the ballot box and prevent attacks on the sacred right to vote.… If you have the best ideas, you have nothing to hide. Let the people vote.

It takes a special kind of hypocrisy for a Democrat like Biden, with his well-documented history of racist political positions and chummy relationships with notorious segregationists, to invoke Jim Crow in a pompous statement about a Republican election integrity bill. Jim Crow was ushered in and ferociously enforced by the Democratic Party, and Joe Biden was fully on board. Indeed, as Current Affairs points out, Biden’s record has been particularly reprehensible with regard to busing to achieve racial integration of public school systems: “Biden consistently fought pro-busing measures, sponsored some of the most devastating anti-busing measures, and made some extremely questionable statements about busing and federal desegregation measures in general.”

This despicable record is, of course, why he was publicly rebuked by his now-vice president during the 2020 Democratic primary season. President Biden was by no means the only Democrat to invoke Jim Crow in a denunciation of Georgia’s election integrity law. Stacey Abrams, whom Gov. Kemp soundly defeated in the Peach State’s 2018 gubernatorial election, called for federal intervention in the deliberations of any and all state legislatures considering similar election reform bills: “Now more than ever, we need federal action to protect voting rights as we continue to fight against these blatantly unconstitutional efforts that are nothing less than Jim Crow 2.0.” Senate Majority Leader Chuck Schumer (D-N.Y.) parroted the same shopworn talking points:

Some of these voter suppression laws in Georgia and other Republican states smack of Jim Crow rearing its ugly head once again.… Just leave it to the states to discriminate against African Americans, Latinos, Native Americans, younger Americans in college. It is shameful our Republican colleagues are proposing these ideas in 2020.… This goes to the core of our democracy. The crowning achievement of the American Civil Rights movement was a federal election law … It shouldn’t matter if a state wants to do it if it’s so, so wrong. If it’s so against the grain of our democracy.

These historically illiterate references to Jim Crow and fictitious tales of racist ballot restrictions are obviously meant to suggest that “election integrity” is a euphemism for voter suppression and that federal intervention is necessary to stem the rising tide of white supremacy at the state level. This is why Georgia has received so much more attention than the other 42 states considering similar bills. The Brennan Center list of those other states will reveal that election integrity measures are being pondered in such notorious bulwarks of Jim Crow as Alaska, Arizona, Connecticut, Hawaii, Indiana, Iowa, Maine, Maryland, Minnesota, Montana, Nebraska, New Hampshire, New Jersey, New York, North Dakota, Pennsylvania, South Dakota, Wyoming, and Utah.

It’s tough to sell election integrity as a “Jim Crow thing” if most of the states mulling it are located above the Mason–Dixon Line. Nonetheless, President Biden and the Democratic congressional majority are clearly determined to use “voter suppression” as the pretext for passing the egregious For the People Act. The House version (HR 1) has already passed, and the Senate version (S 1) is tied to the debate over the filibuster. Despite the reservations of Sen. Joe Manchin (D-W.Va.) and Sen. Kyrsten Sinema (D-Ariz.), Senate Democrats may well eliminate the filibuster and pass the bill with a simple majority. Assuming Biden signs it, an avalanche of constitutional challenges will descend on the courts. As 20 state attorneys general put it in a recent letter to Congress:

Despite recent calls for political unity, the Act takes a one-sided approach to governing and usurps states’ authority over elections. With confidence in elections at a record low, the country’s focus should be on building trust in the electoral process. Around the nation, the 2020 general elections generated mass confusion and distrust—problems that the Act would only exacerbate. Should the Act become law, we will seek legal remedies to protect the Constitution, the sovereignty of all states, our elections, and the rights of our citizens.

The number of constitutional challenges to this legislation will dwarf the litigation prompted by the passage of Obamacare a decade ago. Ten years after that misbegotten statute passed, the Supreme Court still hasn’t ruled on the latest challenge to “health-care reform.” The Democrats now want to impose what they call “democracy reform” via the For the People Act. Think about that. If health-care reform is still being litigated after 10 years, how many decades will democracy reform take to be resolved? The country would be much better off if Washington Democrats could be content with the powers delegated to the federal government by the Constitution and stop meddling with those that are clearly reserved to the states — including election integrity reform.