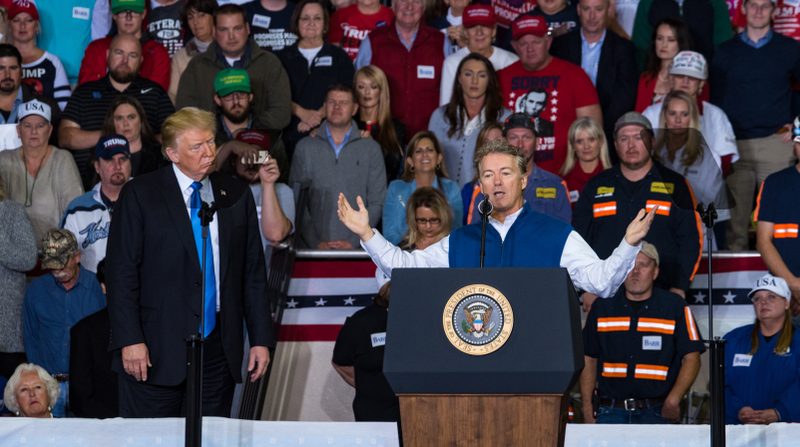 On January 6, Congress will meet in a joint session to validate the 51 slates of presidential electors chosen during the December 14 meeting of the Electoral College and certified by the 50 states and the District of Columbia. This is no mere formality. Until this venerable ceremony is complete, the recent presidential election has no official winner. If one congressman and one senator jointly object in writing to any of the 51 slates of electors, the process grinds to a halt until the challenge is resolved. In other words, Joe Biden’s Electoral College majority is quite literally meaningless until confirmed by January’s joint session of Congress.

If, for example, an objection is raised on the grounds that one or more slates of electors has been illegally certified due to a violation of state election laws or the U.S. Constitution, the joint session goes into recess. The House and Senate then debate the issue separately and put the matter to a vote. This is by no means as unlikely as one might gather from news reports and opinion pieces in the media. In fact, it has happened as recently as 2005, when Rep. Stephanie Tubbs Jones (D-Ohio) and Sen. Barbara Boxer (D-Calif.) objected to the slate of electors submitted by Ohio based on “widespread irregularities.”

Oddly enough, neither Tubbs nor Boxer was accused of “sedition” for raising this objection. No one denounced the former as “anti-democratic” when she asked, “How can we possibly tell millions of Americans who registered to vote, who came to the polls in record numbers, particularly our young people … to simply get over it and move on?” Both Tubbs and Boxer were supported by the leadership of their party. This is more than any GOP senator who objects to Biden electors can count on from Republican leadership. Indeed, Majority Leader Mitch McConnell has discouraged such action, as AP reports:

In the House, there is no shortage of Republican lawmakers willing to challenge the results of the election on January 6. The first to commit to a challenge was Rep. Mo Brooks (R-Ala.), who describes the evidence of voter fraud in 2020 as “overwhelming.” Rep. Jody Hice (R-Ga.) puts his position thus: “The courts refuse to hear the President’s legal case. We’re going to make sure the People can!” Rep. Ted Budd (R-N.C.) tweeted, “I plan to object on January 6th. MILLIONS of Americans saw what I saw.” Rep. Brian Babin (R-Texas) plans to object and wrote a letter demanding action from GOP leadership.

Rep. Babin’s letter has been signed by at least 18 members of the House and demands action pursuant to Congress’s “Constitutional and statutory provisions. Congress is the final and ultimate judge, jury and arbiter of all contested Congressional, Senatorial, and Presidential elections.” The letter goes on to cite U.S. Code Title 3, Chapter 1, as it relates to the process by which Electoral College votes are communicated to Congress and the “procedures by which Congress accepts or rejects states’ electoral college vote submissions.” Babin and his fellow signatories want hearings to carry out the following:

The difficulty with objections from House members is that, without at least one senator on board, no objection is going anywhere. And the pressure applied by Majority Leader McConnell has successfully dampened enthusiasm for taking action in the upper chamber. Senator-elect Tommy Tuberville (R-Ala.) suggested that he might be willing raise an objection during a campaign rally in Georgia for incumbent GOP Sens. Kelly Loeffler and David Perdue: “You see what’s coming. You’ve been reading about it in the House — we’re going to have to do it in the Senate.” Yet there are no firm GOP commitments yet.

Several other senators have, however, refused to rule out an objection. Among them are Sen. Rand Paul (R-Ky.) and Sen. Josh Hawley (R-Mo.). Sen. Paul has been the most straightforward about it. On December 16 he tweeted, “The fraud happened. The election in many ways was stolen and the only way it will be fixed is by in the future reinforcing the laws.” Sen. Hawley has been a little more cagey: “This is the opportunity that House and Senate members have — the only real opportunity they have — formally in the process to raise any concerns. I do have significant concerns. Having said that … I haven’t made a decision.”

These Republican senators are going to have to make up their minds. There is more at stake here than their political careers, As Newt Gingrich recently wrote, “This is just the beginning.… we have been robbed by a ruthless establishment — which is likely to only get more corrupt and aggressive if it gets away with these blatant acts.” It appears that this was not a free and fair election, and if no GOP senator will stand up with his House counterparts on January 6 and object to this apparent crime against democracy, we may never have another fair election.