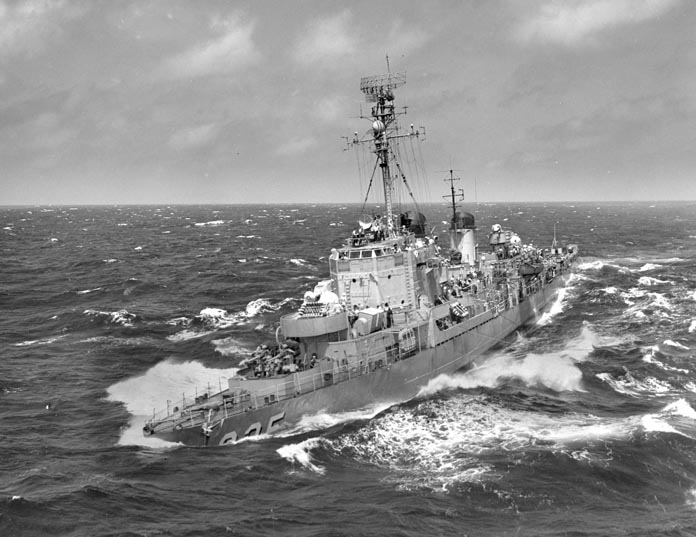 Elbridge Colby is one of the new generation of defense/national-security intellectuals in the mold of Andrew Marshall and Edward Luttwak, and, before them, Herman Kahn and Albert Wohlstetter. Colby served as deputy assistant secretary of defense for Strategy and Force Development in the Trump administration, where he led the way to shifting U.S. strategy to focus on renewed great-power rivalry after two decades of fighting “small” wars in Afghanistan and Iraq and the so-called Global War on Terror. His most recent book, The Strategy of Denial: American Defense in an Age of Great Power Conflict, is a must read for understanding today’s global security environment.

This division of labor would enable the United States to rely less on economic warfare against China, thereby lessening the strain on the Atlantic alliance.

Colby recently penned an article on the website UnHerd to explain how the United States can best prepare for and meet the gathering storm in the western Pacific. He foresees that China may move against Taiwan within the next few years, and he laments that the Biden administration has left us dangerously unprepared for war in the western Pacific.

China, Colby notes, has the advantages vis-à-vis the United States of proximity and force structure in the Taiwan Strait. If China moves against Taiwan in the near future, the United States (assuming we would try to defend Taiwan) would need to draw upon its military resources in Europe and the Middle East, thereby leaving our allies in those regions on their own to meet the ongoing threats posed by Russia and Iran. And we would likely have to rely on waging economic warfare against China, but, to be effective, such economic warfare would require the support of our European allies at precisely the time when we are shifting our resources from Europe to the western Pacific. Colby doubts that our European allies would be willing to decouple from China and notes the recent statement by Germany’s chancellor that Europe’s largest economy will not decouple from China. And the war in Ukraine, Colby writes, has already caused economic pain among our European allies, which will make them even less likely to join the United States in waging economic warfare against China. This would greatly strain the NATO alliance.

Because the Biden administration has failed to pour sufficient military resources into the western Pacific, while sending significant financial and material aid to Ukraine, the outbreak of war in the western Pacific may result in the worst of both worlds: a Chinese victory over the United States (and the loss of Taiwan) and a fractured Western alliance as a result of fewer U.S. resources for Europe and Europe’s unwillingness to help us economically against China.

Colby argues for a more sensible division of labor. “America,” he writes, “should laser-focus its military on Asia, reducing its level of forces and expenditures in Europe.… Meanwhile, Europe should focus on taking the lead on Ukraine and, more broadly, assuming the primary role in its own conventional defense.” This division of labor would enable the United States to rely less on economic warfare against China, thereby lessening the strain on the Atlantic alliance.

Here, Colby demonstrates a geopolitical realism that is currently missing from the Biden national-security team, which appears to have prioritized Ukraine over Taiwan and, more generally, Europe over the western Pacific. China, Colby recognizes, poses a much greater threat to the United States than does Russia or Iran. The United States is not without limits, and our European allies have sufficient resources to provide aid to Ukraine and beef up their conventional defenses. If we fail to defend Taiwan due to a lack of resources and a lack of will, our allies in Europe and Asia will take note and act accordingly.

Eighty years ago, Walter Lippmann reminded U.S. statesmen that a realistic foreign policy means aligning the nation’s commitments with its power and resources. Elbridge Colby in this important article updates Lippmann’s sage advice to the national-security challenges of our 21st-century world.