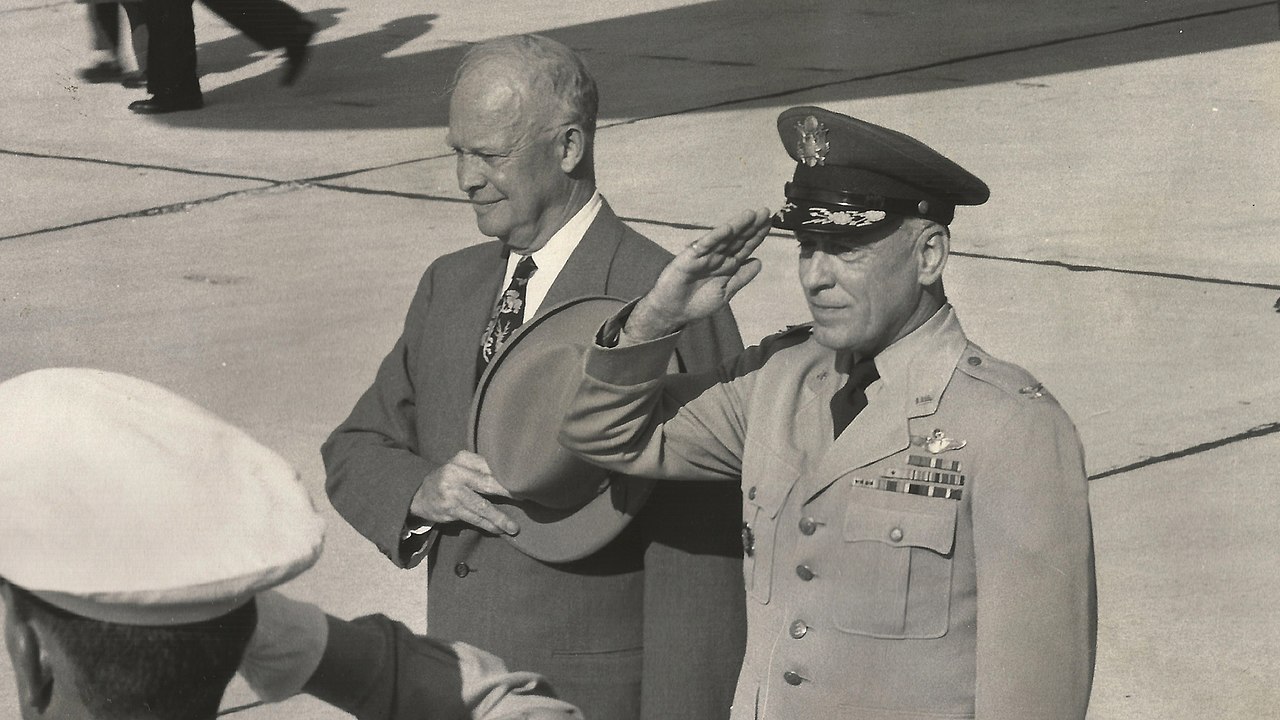 When Dwight D. Eisenhower left the presidency at the age of 70, there was excitement in the air as the torch of power was passed to “a new generation” exemplified by 43-year-old John F. Kennedy. The national media fawned over the new president, while Eisenhower, the old soldier, faded away at his Gettysburg farm. The country was about to learn the importance of character in its leaders.

Susan Eisenhower, granddaughter of President Dwight D. Eisenhower, has written an intriguing assessment of one of the greatest Americans of the 20th century, titled How Ike Led: The Principles Behind Eisenhower’s Biggest Decisions.

Great leadership, she understands, often rests on intangible qualities, and she identifies the five most important qualities of Ike’s leadership both as a general and as the president: personal accountability, patience, decisiveness, calmness, and prudence. Those same qualities would go missing in the “age of Camelot.”

A year after Ike left office, a poll of historians ranked him 22nd out of 31 presidents — a dismal showing for a president who brought the nation eight years of relative peace and prosperity. Twenty years later, a similar poll ranked Eisenhower 11th — a significant advance — but ranked Kennedy, whose accomplishments paled before Ike’s, in eighth place. In later polls, Eisenhower usually placed ahead of Kennedy, and in the most recent C-SPAN presidential rankings Eisenhower places fifth and Kennedy is eighth. The myth of Camelot dies hard.

Murray Kempton was the first journalist to write favorably about Eisenhower as president, in Commentary in 1963, and later in “The Underestimation of Dwight D. Eisenhower” in Esquire magazine in 1967. Subsequently, two books played a role in further enhancing the favorable view of Eisenhower’s presidency — R. Gordon Hoxie’s Command Decision and the Presidency (1977) and Fred Greenstein’s The Hidden-Hand Presidency (1982).

Hoxie, a former assistant to Eisenhower when Ike served as president of Columbia University, and a retired Air Force brigadier general, wrote Command Decision and the Presidency when he was president of the Center for the Study of the Presidency. Hoxie was the first presidential scholar to persuasively argue that Eisenhower ran his presidency with “calm persuasion rather than bombastic direction,” shunning the label “activist” while effectively exercising “mastery of command.” Hoxie showed, for example, that “in the area of foreign policy it was Eisenhower, not [John Foster] Dulles, at the helm.” Hoxie credited Eisenhower for prudence in avoiding becoming embroiled in a land war in Southeast Asia, calmness in refusing to overreact to Sputnik, decisiveness in resolving the Suez Crisis, and patience in the successful use of covert means to promote U.S. interests abroad. These are the same qualities highlighted in Susan Eisenhower’s new book.

Five years after Hoxie’s book was published, the political scientist Fred Greenstein wrote The Hidden-Hand Presidency. This was the first in-depth case study of Eisenhower as leader. Greenstein emphasized Ike’s political skills and style, heralding his management of the office, his organizational skills, his political and personal judgment, and his skill at delegating some authority to trusted aides while maintaining final decision-making power. Ike’s “hidden hand” was behind all the major decisions and policies of his presidency. “Eisenhower,” Greenstein concluded, “was a far more effective leader than many critics realized.”

But as Susan Eisenhower relates in her new book, the measure of Ike’s greatness extends beyond his presidency. And here, Susan Eisenhower does a commendable job of tracing Ike’s qualities of leadership to his family upbringing; his days at West Point; his staff work for Gens. John J. Pershing, George Marshall, and Douglas MacArthur; his wartime command of the invasions of North Africa, Italy, and France; and his command of NATO in the early Cold War years. Ike, she writes, “exercised restraint, patience, and hardheaded realism” and had a “fanatical devotion to moderation.” There were several crises during his presidency — in the South China Sea, Southeast Asia, Hungary, Poland, and the Middle East — that could have led to war, but Ike’s steady hand (hidden or otherwise) helped resolve them, usually to the benefit of U.S. interests.

But to truly appreciate Ike’s greatness, one should read Michael Korda’s 2007 biography Ike: An American Hero. Korda reveals Eisenhower as exhibiting a “core of steel; a streak of ruthlessness; the ability to make cold, hard, objective decisions; and an imperial sense of command.” As president, Korda notes, though often portrayed as a gregarious grandfatherly type, in reality Ike was “immersed in every detail of foreign, defense and domestic policies.” Ike, Korda wrote, was above all else a problem solver. He was conservative by instinct and lifestyle, not by ideology.

In the end, Ike was the last of America’s World War II giants. His combined military and political achievements are eclipsed or equaled in U.S. history only by George Washington (who successfully led men in combat and served as president), Andrew Jackson (a combat general and successful president), Ulysses S. Grant (who led troops in battle, saved the Union, and served as president), and, perhaps, Douglas MacArthur (who excelled both in combat and at war leadership and effectively ruled a foreign power — Japan). Susan Eisenhower’s book reminds us of the qualities that put Ike in this pantheon of American heroes.