Another Perspective,State Watch California,California Democrats,Gavin Newsom,Homelessness,Housing Like a Dystopia, Only California - The American Spectator | USA News and Politics
Menu
State Watch
Like a Dystopia, Only California
Homeless camps are literally igniting a crisis to which the state’s progressive government is failing to respond.
by Debra J. Saunders
Firefighters work on a scene after a fire in a homeless encampment spread to a nearby commercial building in downtown Los Angeles, California, June 8, 2021 (Ringo Chiu/Shutterstock) 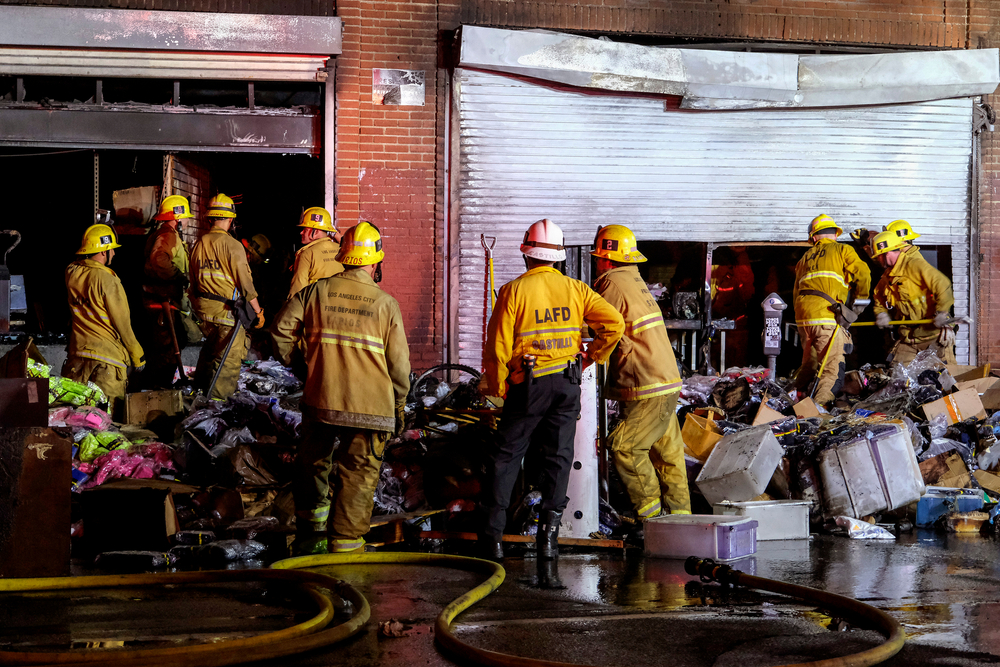 There were 195 fires in homeless encampments in Oakland, California, over two years that ended in March. In April, someone died in a fire sparked by the toxic-stew squalor in the area known as Wood Street.

There are frequent fires under freeways, where an interchange near the Bay Bridge once had to be closed for more than four hours because of a two-alarm blaze. There are two high-purity oxygen plants 215 feet from the combustible encampments.

Yet a federal judge prohibited California Gov. Gavin Newsom from removing the tent city until a “comprehensive resettlement plan” is in place.

Robert Marbut, who headed former President Donald Trump’s homeless counsel and now serves as a senior fellow with the Discovery Institute, offered, “You’ve got to give Newsom points. He’s trying.”

What gets in the way, Marbut noted, is a 2018 Ninth Circuit ruling, Martin v. City of Boise, that banned cities from enforcing anti-camping laws if they have fewer shelter beds than people experiencing homelessness.

In June for some reason, the U.S. Supreme Court chose not to review the decision, so Martin applies in Western states.

The judge apparently is willing to overlook the possibility of a “catastrophic conflagration” that Caltrans warned could follow or other environmental hazards that could result if fires disabled a treatment plant.

Even without a catastrophic event, the encampments generate hazardous waste and dirty storm-water runoff and prevent Caltrans workers from inspecting Interstate 880, Caltrans has argued.

Inhabitants tap into Caltrans electrical boxes for power. Propane tanks used in the encampments have exploded. Anything can go wrong, and often does.

“When does common sense kick in?” Marbut asked. “Whether it’s the safety of the individual, safety of the environment, safety of the community,” there ought to be legitimate reasons why state or local officials can remove encampments that endanger public safety.

Actually, Newsom and local governments do have other tools to take back the streets.

The squalor that haunts the underpasses and back alleys of California should move the state’s progressives to embrace even more law enforcement. Or they can let the state get even more dangerous.

For years, the Left argued that not enforcing “quality of life” laws was the humane and enlightened approach that would lead to more livable cities. But all they got was a toxic stew.