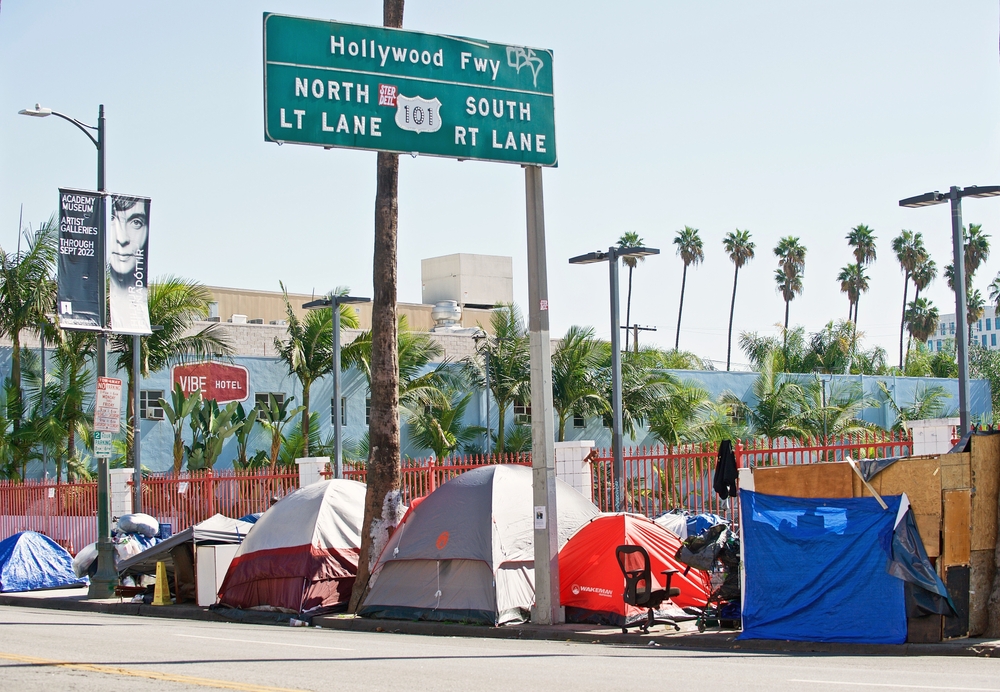 Too many homeless people. Too little common sense. Too much magical thinking.

Shellenberger is running for governor, with a platform to undo the damage done by Gov. Gavin Newsom and the overwhelmingly Democratic Legislature with an approach to homelessness that can best be described as enabling.

A Berkeley Hills resident, the author witnessed the City by the Bay’s decline as good intentions trampled common sense and homeless encampments mushroomed.

In Oakland this week, he tells me over a Zoom call, he visited an encampment that is a mile long.

Shellenberger’s remedy can be condensed into three Ps: policing, psychiatry, and probation.

His focus is not on what people do behind closed doors, but the normalization of drug addicts shooting up and camping out in public spaces — and getting away with it because they’ve convinced the Left they all are victims of circumstances beyond their control.

In California’s two-tier primary system, the second-highest vote-getter in the June 7 primary will run against the front-runner in November.

Newsom may have won last year’s recall handily, but here’s how you know he knows that he is vulnerable: Newsom is running ads against state Sen. Brian Dahle, a Republican.

In 2018, Newsom beat Republican businessman John Cox with 62 percent of the vote. Newsom won the 2021 recall after making it about radio talk show host Larry Elder, a Republican.

Schellenberger, a former Democrat, is running as a No Party Preference candidate, which means he won’t be carrying the “toxic” GOP label, noted GOP strategist Kevin Spillane. (A Republican hasn’t won statewide in the Golden State since 2006.)

Shellenberger is substantive and articulate, Spillane added, “with a range of policy proposals that could make a real difference. He’s the last person the governor would want to debate.”

Californians have begun voting with their feet. During the last two years, a population that used to grow with the good vibrations has declined.

“We’re reaching the limits of what money can buy,” Shellenberger noted.

At one of the area’s many “epic homeless encampments” this week, he saw junked cars under a freeway, fires and “garbage everywhere.” (READ MORE from Debra J. Saunders: Chaos and Crime Are Not Homeless)

Thanks to an infamously erratic taxation system, the Golden State has a nearly $100 billion budget surplus this year, “but we can’t find anybody to pick up the trash.”