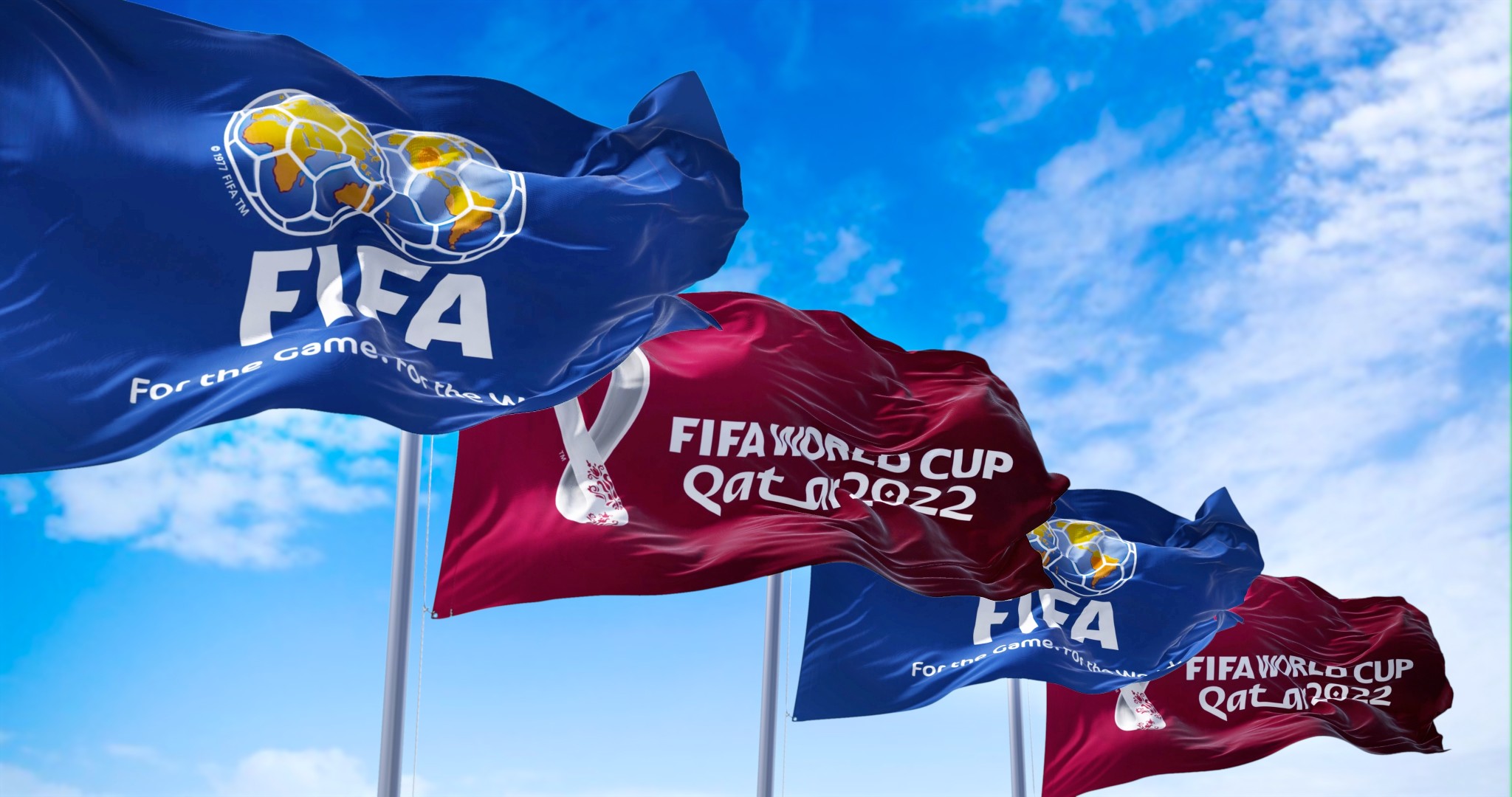 You may not be much of a soccer fan, and, if not, you might not know that after agreeing with that sport’s world governing body, FIFA, to allow beer sales around the stadium at this year’s World Cup as part of its bid to host the tournament, Qatar pulled the rug out from the fans suckered into travel reservations by banning beer per its long-stated national values.

The idea of soccer without alcohol seems unimaginable, particularly to folks like your author who are (to put it charitably) not fans of the game, but that’s what this year’s World Cup is reduced to.

You’d think such a bait-and-switch would have the FIFA folks throwing up their hands and moving the whole tournament elsewhere. But FIFA doesn’t have the stones to do that, and it’s a last-minute thing anyway. So they put out a mealy-mouthed statement about the beer ban, and that was it.

And just in case anyone thought that was an accident, there were the Qataris ixnaying the wearing of pro-LGBTQ armbands by team captains in a place where homosexuality is illegal. That’s made for an even bigger scandal surrounding the World Cup venue.

It feels strange to say “good for Qatar,” but actually — good for them.

Sure, they lied about the beer sales and screwed over all the soccer fans who are getting baited and switched along with FIFA. And that makes Qatar unworthy of credibility on pretty much any further topic of importance. This would serve to prove Qatar is a nation of barbarian swindlers whose claim to fame is that others showed up in their neck of the sand and pulled hydrocarbons out of the ground below their feet to make them rich.

Fine. After all, lying to infidels is not something precluded or forbidden in Qatar’s national values as expressed in Islam. So lying to the infidels at FIFA — “sure, we’ll sell beer at the stadium,” with no intention to honor that promise — while almost assuredly bribing the FIFA honchos to land the World Cup in the middle of a desert with jihadist murderers lurking everywhere, is only a bad thing if your values are Western rather than otherwise.

But Western values are shown, particularly lately, to be somewhat plastic and transactional.

So FIFA’s muckety-mucks collect some baksheesh to put the World Cup in a place no sane person would agree to put it, under a flimsy promise that said the place would be made to feel like home for Europeans and South Americans and other Westerners who’d like to quaff a cold one at a game or maybe engage in “one love” per the new hotness … only to find out that, in fact, Qatar’s national values are not so plastic and transactional.

And that they’ve all been stitched up nicely. After the Qataris already killed a couple of thousand Nepalese migrant workers building the stadiums and hotels for the event, something basically par for the course where their human rights record is concerned.

Facebook user Eliyokim Cohen of Natanya, Israel, hit this one squarely on the head…

HAHAHAHAHA, hats off to Qatar for giving perhaps the biggest middle finger to the western world in sports history. Here is a totally insane nation who won the bid for the most popular sports event in the world, promised they would abide by the rules of the tournament and sell beer at games and then a few days before the game said “ummm no alcohol it’s against our religion, what are you going to do about it”.

My jealousy of our cousins has always run deep, they have such a strict and fanatical adherence to their truth (no matter absurd it is) that they truly have power. They knew FIFA wasn’t going to do anything to them a few days before the game, they realize the leverage they have and they use it. I’m so jelly, my supposed right wing leadership can’t even blink without asking America permission, we’re a total banana republic to a country that is literally bananas…Americans don’t even know their jenderrr anymore.

Our cousins think 2+2=apple, but they’re willing to die for it. We as Jews are the only people in the world who were given the direct Word of HaShem, and we’ve spent over 3340 years apologizing for it and shunning its beauty. Why can’t we muster up the strength to do what our sworn enemies seem to be able to do as a reflex? Why can’t we learn from the actual one impressive thing they do to better ourselves? Why do we continue to care what a world that openly hates us thinks, while countries like Qatar couldn’t care less? All important questions we should be asking ourselves as a Jewish nation.

I also just learned that Qatar went back on their word to allow kosher food to be served and Jews to pray in public at the World Cup. This makes me even more jealous, they literally had to promise this to get the event and hours before it starts they shaft the Jewish people. Brilliant, epic and praiseworthy all at once. Why 10,000 religious Jews would even contemplate going to this country who literally fund the Hamas rockets sent against us is disgusting to begin with…knowing these fellow brethren are so naive as to think this country would keep their word is even more absurd. My sympathy level is zero, actually less than zero because I’m sitting at home laughing hysterically while having kosher fried chicken and a beer – something you ain’t getting currently in Qatar.

Life is about learning from our surroundings, and Qatar is doing an absolutely incredible job trying to teach us how to stick to our guns…no matter the cost. We have Halacha, we need to adhere to it no matter what. It doesn’t matter what countries we upset or what groups we tick off or what people we disappoint. We’re HaShem’s Chosen People, it’s time we start acting like it.

That’s exactly the right lesson to take from what Qatar has done.

Professional soccer is a Western cultural export. FIFA is a Western body. The attempt, at least on its surface, is to export the game to the non-Western world. That makes sense, of course, but FIFA is out over its skis in bringing the World Cup to places like Qatar.

No self-respecting governing body of a major sport would choose Qatar to showcase its main event, for similar reasons as why you wouldn’t choose Bangladesh, North Korea, or Zimbabwe. There are places in the world where the local values are inhospitable to the kind of cultural exchange the World Cup signifies.

And of course, the brewing giant InBev is a major corporate sponsor of the World Cup, and the Qataris have screwed them unmercifully as well. Which was completely predictable.

Cohen’s suggestion for a lesson learned from this is that values are best shared when lived, and if FIFA wants to spread Western values — which we now know are not universal — then the World Cup should be held only in places where those values are respected. Others might then choose to embrace Western values and find that honest acceptance of them is a prerequisite to events like the World Cup.

But when you get a World Cup not by being a hospitable place for the tournament and its fans but by bribing the site selectors, that lesson goes out the window.

It’s good that this happened. It’s yet another example of how stupid, flaccid, woke Western moneyed leftists, the kind of people the Chinese derisively call “baizuo,” are consistent failures in upholding the civilization they’ve inherited. And while this World Cup debacle might seem to be a setback, it isn’t. It brings us closer to the day when those elite morons are no longer in charge of the institutions holding influence in our societies.

If the scandal surrounding the World Cup brings down the FIFA leadership, so much the better. Let it burn.

The First World Cup Without Beer: Sharia and Corruption in Qatar