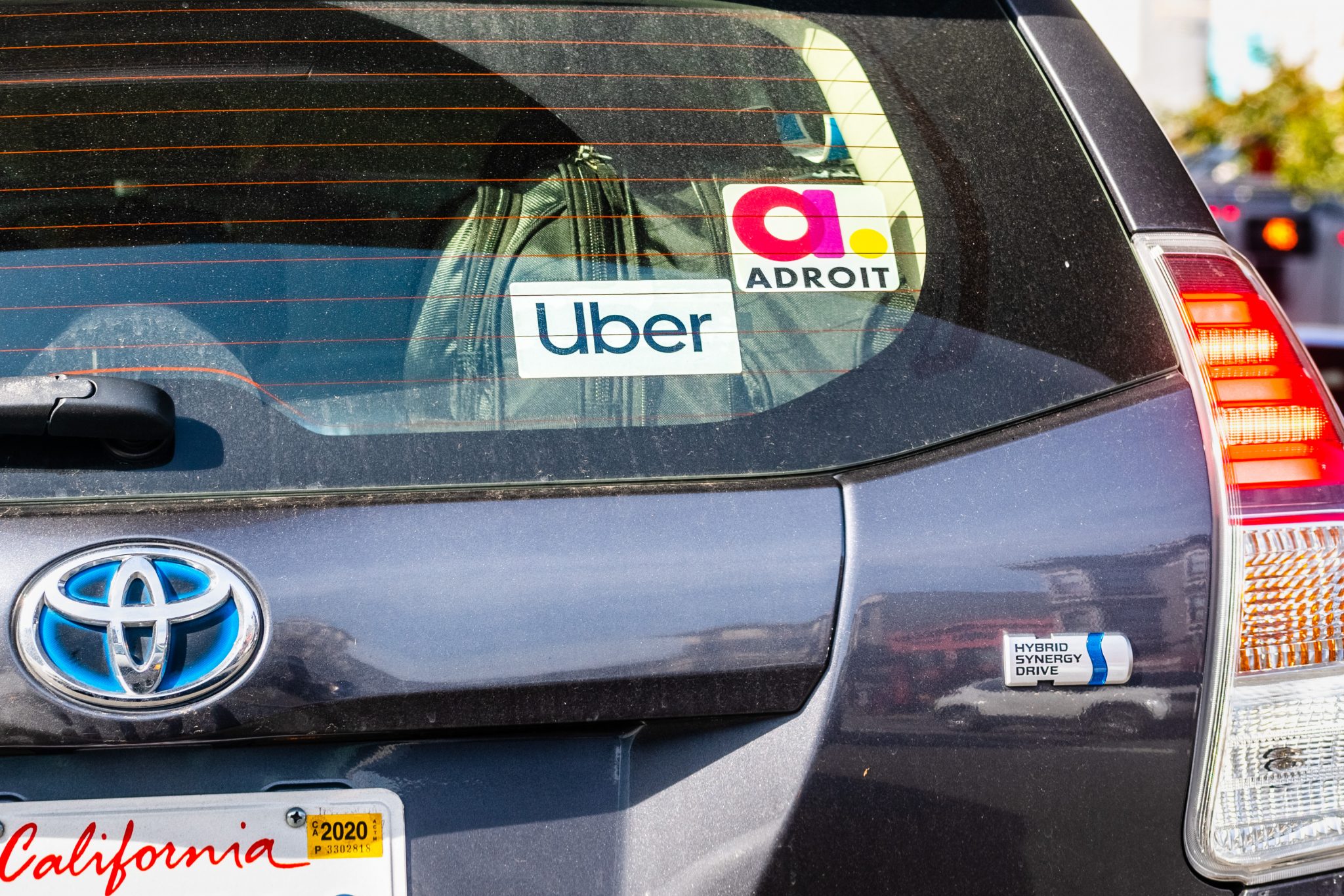 The beauty of federalism is it allows individual states to try various public-policy experiments and then allows people in other states to sit back, observe the results, and decide whether or not they want to embrace similar policies. Based on my emails, American Spectator readers are appalled by the experiments tried here in California, but they should be thankful for the public service our elected officials provide. Watch what we do here — and you’ll know what not to do in your states.

The overwhelming majority of Uber and Lyft drivers don’t want to work full time or have ironclad schedules — not that other people’s preferences would ever sway a California legislator.

As I’ve reported before, California passed a new law, effective last January, that seems designed to destroy hundreds of thousands of jobs mostly held by people at the lower echelons of the economic ladder. California is so committed to helping working people that it has decided to forbid companies from hiring them — unless those companies can make them permanent employees and offer a wide range of costly benefits.

Assembly Bill 5 bans companies from using contractors, except in some limited circumstances. It codified a state Supreme Court ruling (the Dynamex decision) that applied a strict corporate test for the use of freelance labor. A delivery service can use a contractor to, say, do some plumbing work in its headquarters, but not to work as drivers, or provide any other function that is fundamental to the nature of its business. The obvious targets were Uber, Lyft, DoorDash, and other app-based transportation and delivery companies.

You can probably guess what happened next. Go figure, but these companies — many of which are still operating in the red — couldn’t afford to turn their drivers into employees. Other companies that rely on freelance labor — those that hire writers, photographers, musicians, sign-language interpreters, truckers, etc. — have been eliminating these jobs by the bushel-load. Instead of leading to higher-paid salaried employment, the law is leading to record unemployment.

California’s law has been such a disaster that even other blue states are rethinking their commitment to this labor-union-backed policy — even though that message has yet to reach the national Democratic Party’s brain trusts. They promise to implement the law nationwide. Apparently, the best way to quash a grassroots mutiny over bad state policy is to impose it everywhere so then maybe no one will notice. It’s a new take on federalism, indeed.

As Kim Kavin pointed out in Reason, before COVID-19 Democrats “had been planning to roll out bills like this across the country,” but then they got worried about job losses. New Jersey lawmakers were so “spooked by the California results” that they slowed a similar effort, she added, and New York’s Gov. Andrew Cuomo instead “tried to create a task force to study the issue.” It tells you something when an idea is too problematic for New Jersey and New York lawmakers.

Nevertheless, California officials are doubling down on the policy. Despite large deficits, Gov. Gavin Newsom included $20 million in AB 5 enforcement dollars so the state can more easily fine and arrest people for violating the law’s rules — even though the courts haven’t yet resolved the matter, and Uber, Lyft, and DoorDash have qualified a November ballot measure (Proposition 22) to exempt their drivers from the contracting ban. The state attorney general also filed suit against Uber and Lyft. It’s typical to let these legal and ballot challenges play out before enforcing new regulations, but California’s Democrats are union-allied zealots — and they really can’t stand these app-based workarounds to the state’s inflexible labor code.

Uber and Lyft drivers already have been losing work during the pandemic. Uber predicts a loss of 158,000 jobs and price increases of 20 percent (in San Francisco) to 120 percent in the more remote Inland Empire once the state fully implements AB 5. When prices go up, fewer people will use services, which means even more job losses — not to mention more drunken driving and fewer transportation options. This is appalling policy given the current state of the economy, with so many people struggling to get any work at all.

Not that data will influence the ideologues, but a new study from Cornell University’s prestigious School of Industrial and Labor Relations points to the futility of this attack on contracting jobs. Proponents of AB 5, and other measures like it, assume that most of these contractors/workers would prefer permanent employment, that they earn meager wages, and that vehicle-related costs consume a huge portion of their take-home pay.

The Cornell study, which focused on Seattle, found that the median Uber and Lyft driver earned $23.25 per hour after expenses, which is “close to the Seattle median hourly earnings of $25.45, and more than the median hourly of taxi drivers ($16.81).” It found 90 percent of the drivers earned above that average taxi rate. It also found an astonishing 96 percent of drivers worked less than full time even after deducting wait time, with 1 percent working fewer than five hours a week. Only 10 percent of their gross earnings went to expenses.

This reinforces other studies, which have found that the overwhelming majority of drivers don’t want to work full time or have ironclad schedules — not that other people’s preferences would ever sway a California legislator. The obvious point: Offering regular employment to these drivers won’t improve their lives because they mostly use the platforms as flexible fill-in work to boost their income or earn some extra dollars between their classes. In fact, it will decimate their incomes.

If officials crush this burgeoning industry, more of these drivers will end up working for taxicab companies, where they will earn far less money. Many of those who lose their jobs will simply lose that income permanently, and will have few alternatives to replace it. California legislators are further impoverishing the people they claim to be helping.

The Cornell researchers expressed surprise by their findings: “From anecdotes, interviews, and surveys, we had the impression that the majority of drivers are underpaid and work full-time. We find that while such drivers certainly exist, the vast majority of drivers do not fit that description. For most drivers, platform driving is a side job, with hourly earnings, while not stellar are about average for Seattle — and above average for comparable service-economy jobs.”

The California initiative, Proposition 22, not only exempts drivers from the contracting ban but also provides an earnings guarantee, a health-coverage contribution, and some other modest benefits. That isn’t enough for AB 5’s steadfast supporters, who seem to believe that a non-existent high-paying job with union-level benefits is preferable to an actual job.

I hope California voters recognize that AB 5 has been a job-destroying disaster. Even if they don’t, perhaps people in other states will take notice. Federalism is a useful thing, even if it means that many of us have to endure the foolishness of our home state’s officials.