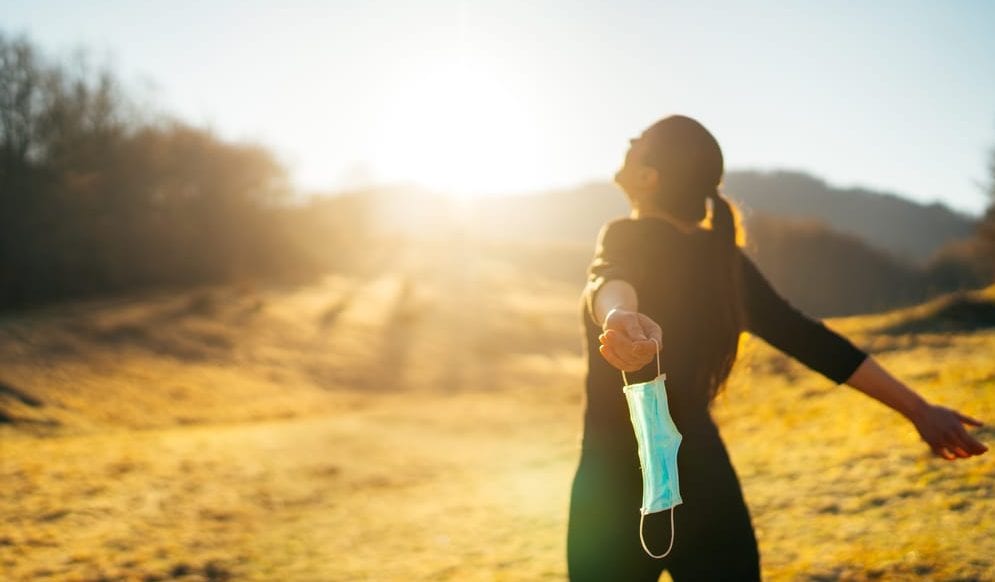 Gov. Greg Abbott, the Texas Republican and former state attorney general, caused a firestorm last week by mandating mask-wearing. To the Left aka media, it was about dang time and too late at that. To the Right, it was a heinous capitulation to a bunch of hysterics. The substance of the executive order was somewhat less than either side believed. The text of the order can be read here.

The exceptions include children under 10, those exercising outside, voters, and even church attendees (though it’s highly recommended to wear a mask at church.) If there are 10 protesters or fewer and they’re adequately distanced, they don’t have to wear masks. First-time violators will be given a warning. Second-time violators will be punished with a $250 fine.

If the rules seems arbitrary, it’s because they are arbitrary. They’re certainly not scientific. The sheriff in Montgomery County, population 607,000, which is situated directly north of Harris County, which is home to Houston, promptly issued a statement saying that the executive order will not be enforced by Montgomery County police officers unless a person is not abiding by the rules in a private establishment. If, for example, a business decides that it wants everyone to wear a mask and the shopper refuses to abide by the rules and makes a ruckus such that the police must be called, only then will the person be cited for non-mask wearing behavior. Montgomery County officials are not alone. Many other jurisdictions are ignoring the ruling. 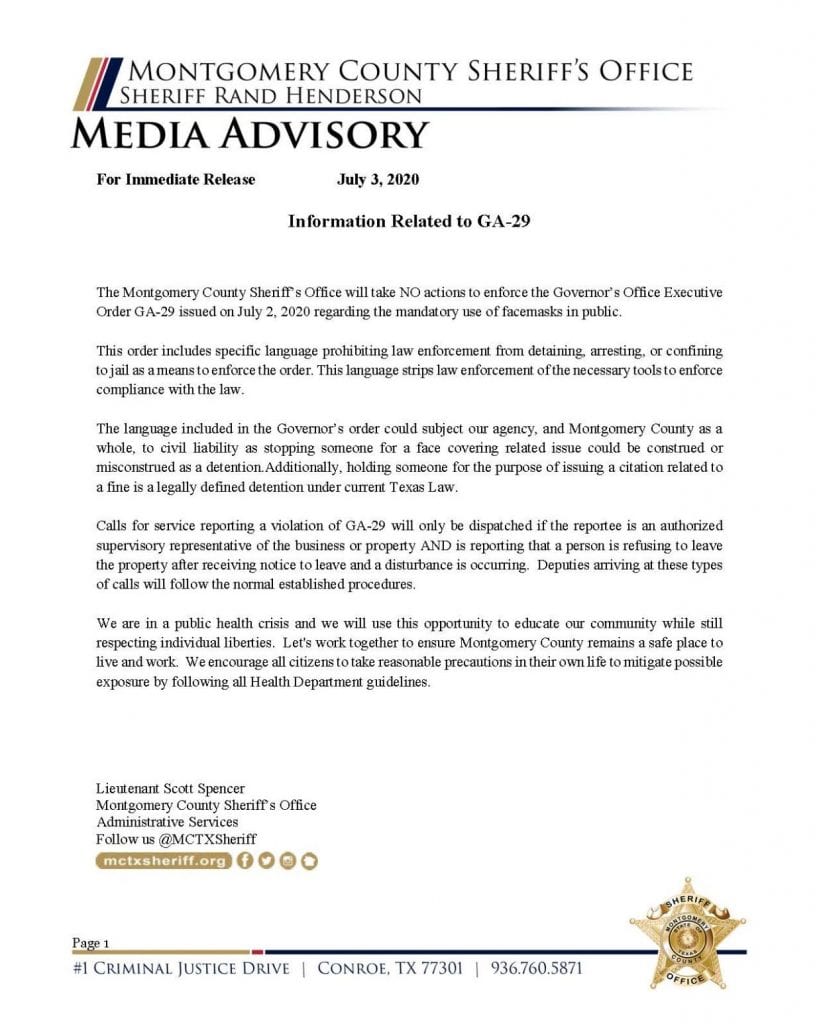 At the drive-in Fourth of July fireworks display in Montgomery County, no police officers wore masks. No people in cars wore masks. No one sitting outside cars wore masks. There was one exception: a woman of about 60, with her phone and a chip on her shoulder, marched up and down the parking aisles and looked to be scanning for violators. Everyone else was relaxed, distanced, and happy.

Gov. Abbott made a few mistakes with this ruling, common to bad parents. Bad parents make unenforceable rules. They make excessive rules. They make rules that major in the minors. The mask executive order does all three of these things. It’s not enforceable and therefore makes him look weak and undermines his authority. It’s excessive. Most people are taking their own circumstances into consideration and deciding how to proceed. The real problem with infection rates is not the lack of mask-wearing. It’s how people are choosing to socialize. This rule is not addressing the actual issue and so further undermines credibility.

At the beginning of June, there were Events That Shall Not Be Named (by the media) that caused people to scream, march shoulder to shoulder, sing, go inside for a funeral in closed quarters, and gather in tight places. The people who attended these events (hint: they celebrated the life of George Floyd and got Antifa and Black Lives Matter, communist organizations both, out on the streets) were never forced to social distance or wear masks, and were not threatened with fines for doing so. 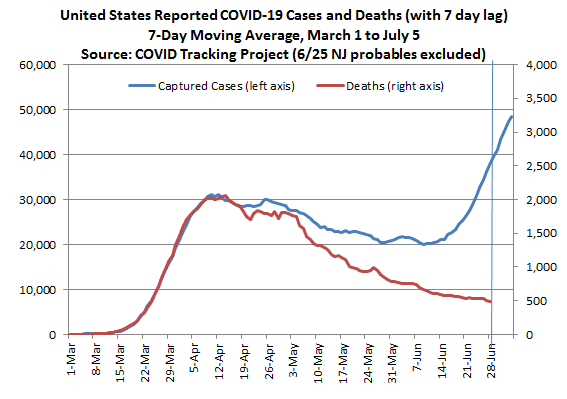 Two weeks later, after the community at large had conscientiously followed the rules, the COVID-19 cases started to rise. A week after that, the infected got other people sick. This all coincided with massively increased testing. In addition, many marchers likely went and got themselves tested just in case. Add it all together, plus Texans going inside for air conditioning, plus migrant workers being let back in May 1, and it created a perfect storm for increased positive COVID tests and the consequent increased hospitalizations.

But increased cases does not translate into increased deaths. Deaths from COVID have remained steady, and, compared to other states, low. From the Texas dashboard:

Before the mask mandate, about one of three people would be wearing a mask at stores. Restaurant employees all wore masks (something that should never change) and gloves and some store workers, too. The bigger thing is that people have been keeping their distance — except the young people. And they’re the ones driving the current numbers.

There’s no reason to panic in Texas or anywhere (except maybe Mexico). The chart below is illustrative. The spiked, blue line is caused by the following places: NY, NJ, IL, MI, CT, MA, RI, MD, LA, PA, DC, and IN. That’s 30 percent of the country. Seventy percent of the country, including Texas, flattened the curve. 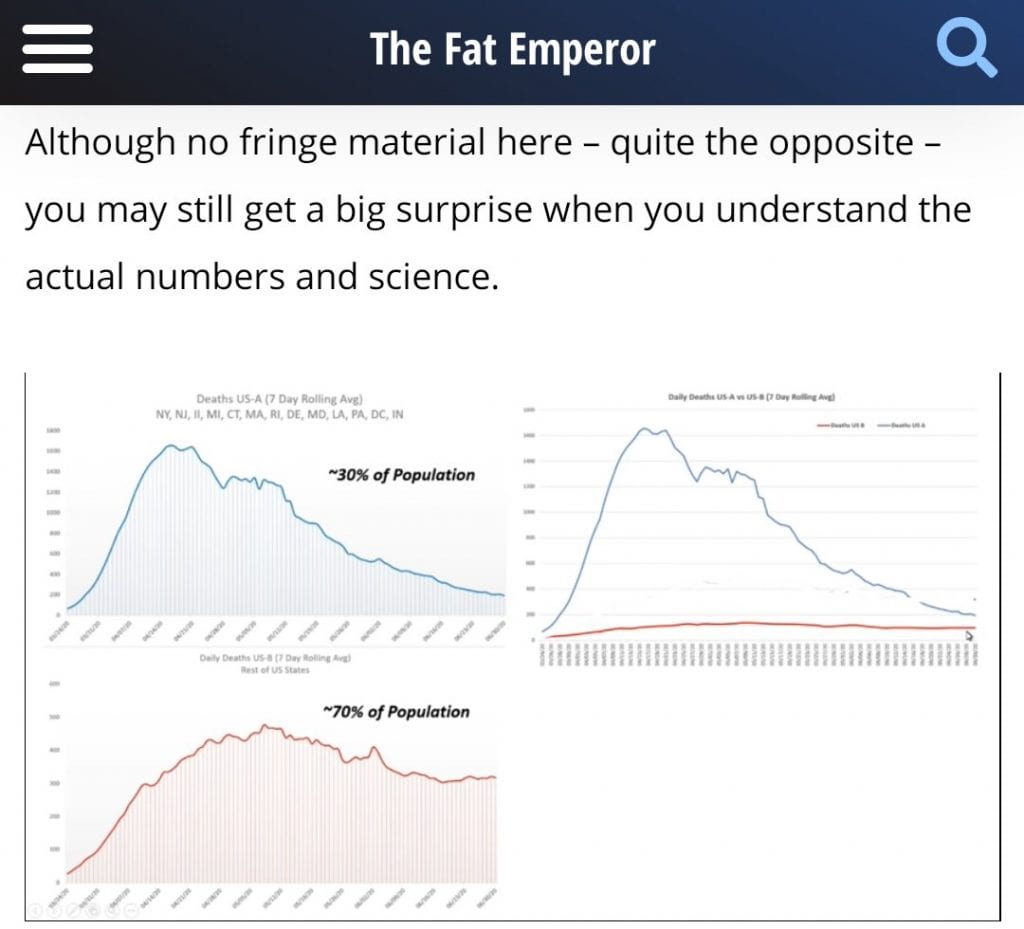 The mask mandate, though, really isn’t about science, data, logic, or anything else. It was a political decision made to mollify the ignoramuses in the media both in Texas and the national voices in New York, who either don’t understand data or understand it and would like Texas to close its economy. Rather than shut down the economy, the decision was made to release an executive order to wear masks. It keeps the economy open, comforts the frightened, and is unenforceable.

The problem with this political decision is that there are political consequences. The goodwill toward the governor has dried up from his base. Democrats in Texas already assumed Abbott was an idiot. The media hates Republicans. So the executive order gained precisely nothing politically, even if mask wearing helps epidemiologically (something that’s not actually a scientific certainty.)

GOP voters are irate that this rule was imposed after the mass gatherings occurred and right before the patriotic gatherings on Fourth of July. They’re fulminating because they feel rules are unevenly applied — the law-abiding are threatened with fines when they have dutifully followed recommendations. This order will be just one more way that the police are put in a position to harass people and cause needless confrontation. They’re furious that the New York-based media is trying to make Texas look like New York did in March when the circumstances are vastly different. They do not want to see their elected official bending to the will of the Northern ninnies who didn’t mind their business and are now minding Texas’s.

Taken together, it’s a political disaster for the governor if people don’t look deeper and see that the ruling was essentially symbolic. Voters tend to not see those kinds of nuances, so one wonders if his standing with his base will recover.

The days of the virus being treated as an epidemiological question are long over. The media ignores positive, solid data and amplifies fearful interpretations. Politicians dealing with the virus need to understand that the trust from their voters has completely eroded and make policy accordingly. Allowing thousands of people to mass gather without a mask mandate has a lot to do with it.

For those who would like a better understanding of where America, and the world, stands regarding COVID-19, this is the best, most current video: