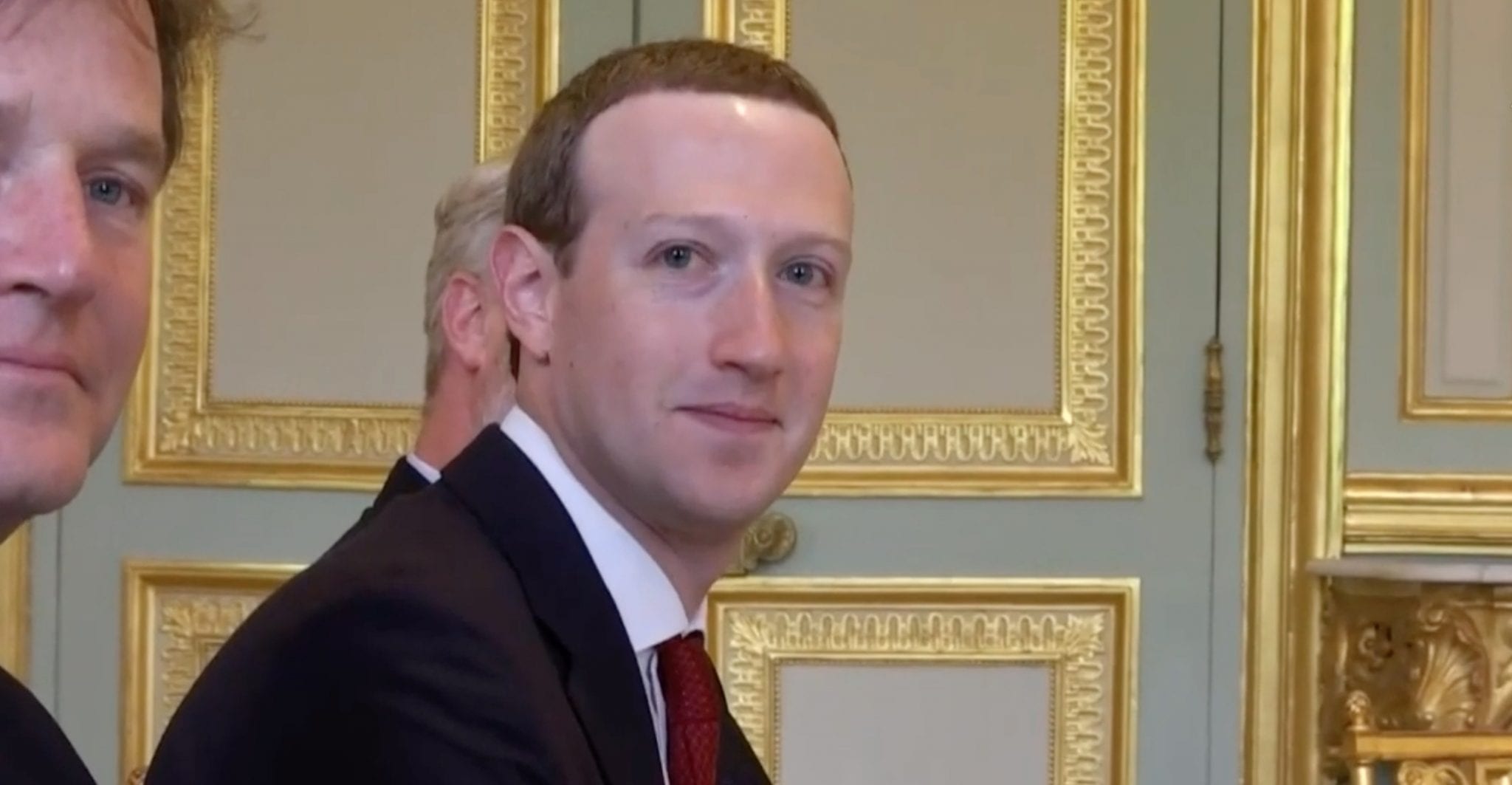 This week representatives from Facebook, Google, and Twitter will join with European leaders and the Prime Minister of New Zealand to launch a chilling proposal to curb free speech across the internet. Americans should be alarmed. Internet freedom is being extinguished fast in Europe. How long will it survive in the U.S.?

Social media titans like Facebook CEO Mark Zuckerberg have more influence over our freedom than Supreme Court justices or U.S. presidents. But these internet executives are selling out core American principles for the almighty dollar. They’ll do whatever a host country demands. In China, Russia, and even capitalist Singapore, internet freedom is already dead, without a murmur of protest by Zuckerberg and others.

Standing alongside French president Emmanuel Macron on Friday, Zuckerberg said, “the question of what speech should be acceptable and what is harmful needs to be defined by regulation, by thoughtful governments.” You read that correctly — Zuckerberg’s endorsement of censorship. A total repudiation of America’s commitment to freedom of expression — the freedom that tops our Bill of Rights.

Of course, Zuckerberg was talking to Europeans. Until these foreign governments finalize their censorship regulations, Facebook is relying on leftist groups like Avaaz. In Spain, France, and Italy, Facebook is already removing accounts expressing populist views on NATO, immigration, Muslims, and other controversies.

The Prime Minister of New Zealand is calling for an internet ban on depictions of mass shootings, like her country’s Christchurch massacre, that could incite copycat violence. All agree that’s reasonable. But don’t be fooled. Europe’s censorship goes farther, squelching competing ideas and limiting the public’s range of political choices. Facebook is glad to oblige.

Here in the U.S., where the Constitution prohibits government from censoring speech, Facebook is doing the dirty work, imposing its own Silicon Valley brand of political correctness. Recently Facebook banned commentators and provocateurs like Alex Jones, Louis Farrakhan, and Milo Yiannopoulos from its platform. Facebook subsequently even removed a posting by columnist Michelle Malkin for criticizing this censorship.

Is Zuckerberg ignorant of America’s proud history protecting the speech rights of even odious groups like the neo-Nazis in Skokie, Illinois?

The American Civil Liberties Union condemns Facebook’s censorship, cautioning that “every time Facebook makes the choice to remove content, a single company is exercising an unchecked power to silence.”

The ACLU warns that conservatives are the targets now, but next time it could be different. James Esseks, ACLU director for the LGBT and HIV project, explains that censorship threatens “the movements of the future that are still striving to be heard.”

The fact is internet platforms are more than just private companies. They’ve become like public utilities. We are just as dependent on Facebook and Google as on the local electric company. ConEdison can’t deny us service because of our political views. Facebook shouldn’t be allowed to either.

Supreme Court Justice Louis Brandeis once explained that under our Constitution, the only acceptable remedy for evil speech is “more speech, not enforced silence.” Government must not limit who speaks in the public square.

Don’t count on Congress to fix the problem, while Democrats control the House. They’re on the side of the censors. House Judiciary Committee Chairman Jerry Nadler (D-NY) is railing that social media companies are not doing enough to “counter” what he calls “vitriolic hate messages.”

Instead, expect the courts to step in. Last fall, a conservative nonprofit called Freedom Watch sued Facebook, Google, Twitter, and Apple for suppressing “politically conservative content.” It is plausible judges will rule that allowing social media platforms to censor political speech destroys the freedom of the public square.

Congressional Democrats are still whining about Russian meddling on the internet. Truth is, less than .00008 (eight one hundred thousandths) of the total political tweets during the 2016 contest originated with Russian intelligence.

The biggest threat to a legitimate outcome in 2020 is not foreign interference. It’s left-leaning social media giants tilting the election by silencing viewpoints they don’t like. It’s already happening.