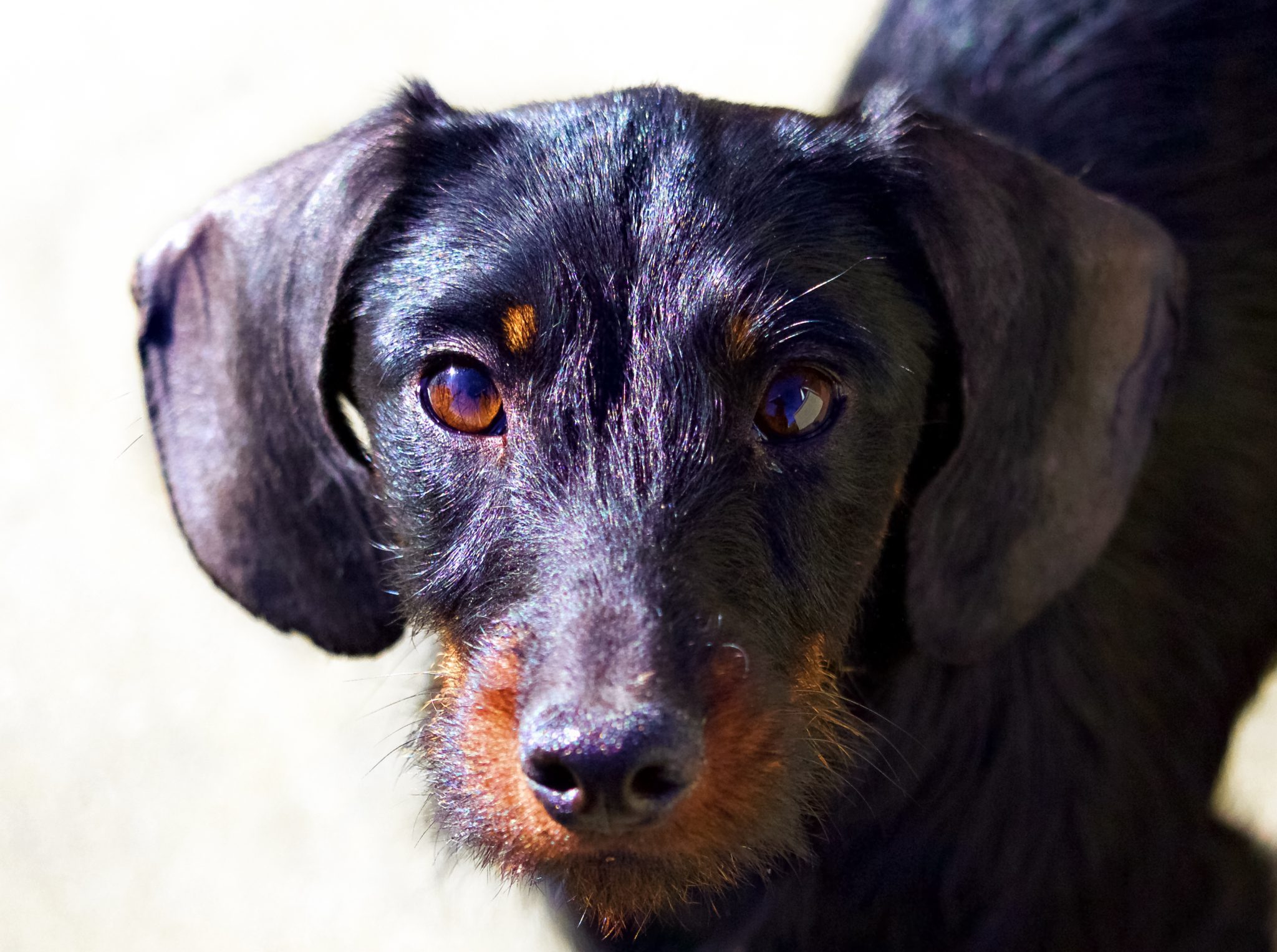 I love a good dog, and since lots of dogs are good, I was not surprised by reports that the pandemic inspired an uptick in adoptions and that buyer remorse so far has been minimal. COVID-19 has been a boon to canines. And if it took an epidemic of loneliness to lead multitudes to discover that life is indeed better with such a faithful friend, still it must be said: “The judgments of the Lord are true and righteous altogether.” The great corona-scourge is passing away, and the new masters are happy.

Adoptions are back to normal levels, but for the first-time dog owner, things will never be the same. They’ll be much more complicated. This has worrywarts fearing a wave of givebacks and their grim sequel, euthanasia. Misanthropes, they underrate both dogs and people. Since there is no vaccine against pessimism and no booster shot for perseverance, I offer instead my own COVID tale to rally the fainthearted.

All happy dogs are alike; each unhappy dog is unhappy in its own way.

When our beloved old terrier died last year, my wife heard the listlessness in my voice and went down to the local animal shelter to find me a replacement. Three visits later, we adopted a dachshund mix: 17.5 pounds, black with white-tipped paws, estimated age 3. We got him on Valentine’s Day. My wife named him Wally.

I hated him almost immediately. On the drive home from the shelter, he manifested his panic by smelling like a raw fish. He cried in his crate for 20 minutes the first night, an hour the next night, and two hours the next before my wife finally gave in and slept on the couch beside him. He fled out the front door repeatedly. He chased down the mail lady. He bit a houseguest. He bit our son.

I snapped at my wife. For 40 years she had never once failed to come home with a first-rate pet that she then proceeded to improve. But she had picked them all as puppies. “What were you thinking?” I roared. I was the mean one. Wally was just terrified.

Trainers were unhelpful. “Pull down all your blinds,” said one, after seeing him leap at the windows and bark in a frenzy at passersby. “Take him to a secluded spot where he can see people far off and he’ll get used to them.” This was on a home visit. He was deemed unfit for group lessons in the outside world.

We avoided much of that world because he cried nonstop in the car. When we did go somewhere, it wasn’t fun. He barked for three hours the first time we left him in an apartment, infuriating the neighbors. He lunged at an old lady on a bicycle by the beach. Visiting my nonagenarian mom, I overheard her mutter to my sisters, “When that dog starts nattering, I just want to shoot him!”

I unloaded on my wife. I had seen the reports of people adopting pets during the lockdown and then shamefully abandoning them, but I didn’t care. “Take him back!” I commanded. I was too late. The shelter had closed because of COVID-19 and was not accepting returns. I called every dog person I knew. No one wanted him.

The clear-eyed were grim. “If you take him to a no-kill shelter, he’ll go crazy,” the trainer said. “He’ll live out his years walking circles in his cage.” She gently suggested we put him down. “If you can’t love him,” she said, “probably no one else will.” I felt like I did when I found out as a little boy that everybody dies. There was no denying the truth of what she said. Trapped and afraid, I knew I couldn’t kill him, but I couldn’t see how we could keep him.

And then, slowly, over the next six months, everything changed. Necessity made us stouthearted and resourceful. My wife trained Wally with treats and companionship to like his crate. I trained him with a bark collar to stop barking. The vet eased his anxiety with amitriptyline (doggie Prozac). Time worked its magic and made him less fearful of strangers. He turned out to be smart, playful, affectionate, and eager to please. He did well at a dog sitter’s, then at a dog park. By Halloween, he had won me over. I gave him a grand, trochaic nickname — Wallace COVID Fish Butt III. I began a photo series on Facebook called The Daily Wally. Everybody likes him. He plays ball by himself, fetches, and lies beside me as I write.

He’s not perfect. He’s lucky, and so am I. The pandemic saved his life and, by making it harder for me to do wrong, made me work harder to do right. I have a new best friend. 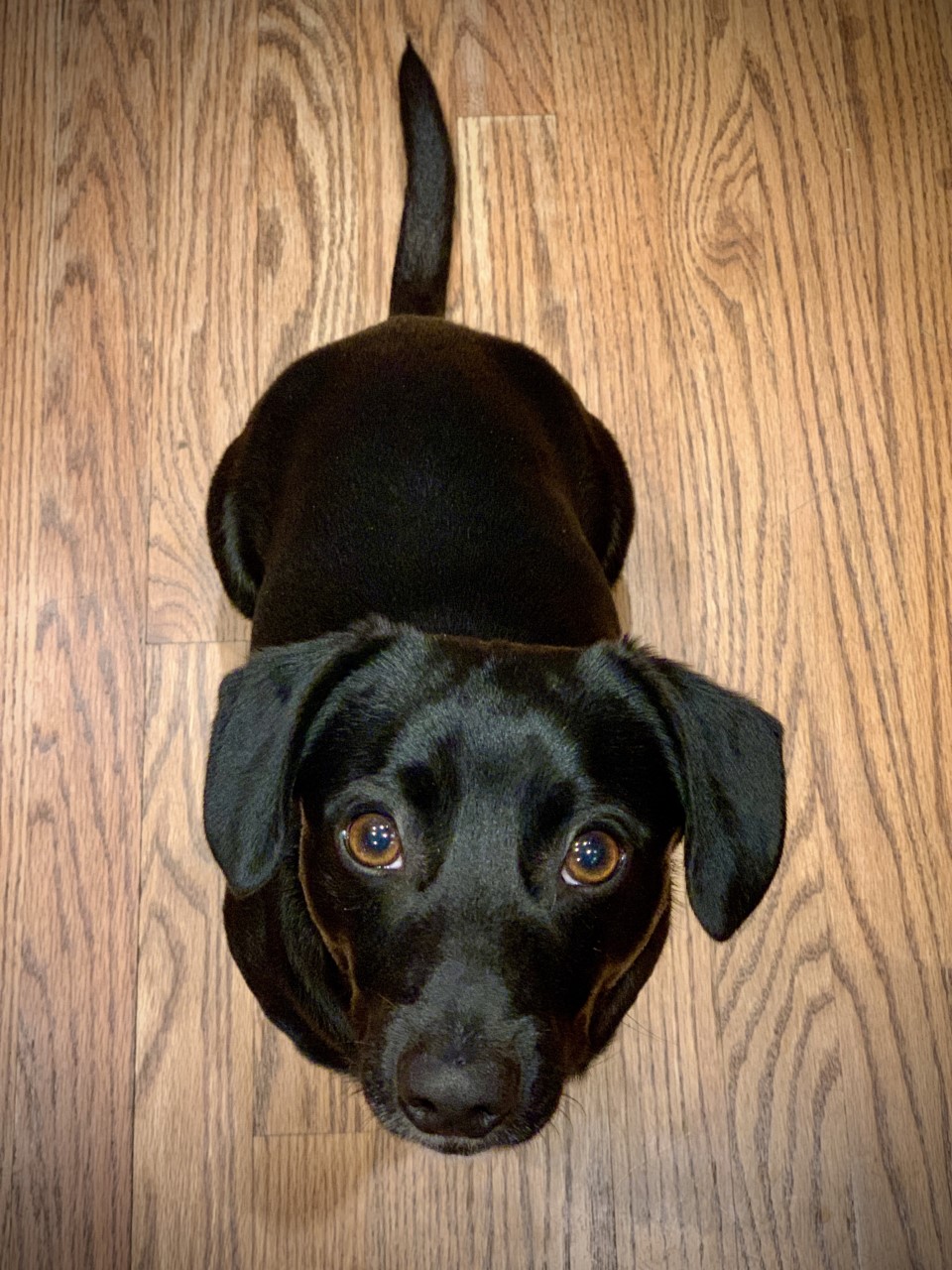 Shepard Barbash is former bureau chief of the Houston Chronicle in Mexico City and the author of five books, on topics ranging from education reform to Oaxacan folk art. His work has appeared in City Journal, the New York Times, Wall Street Journal, Washington Post, and other publications.