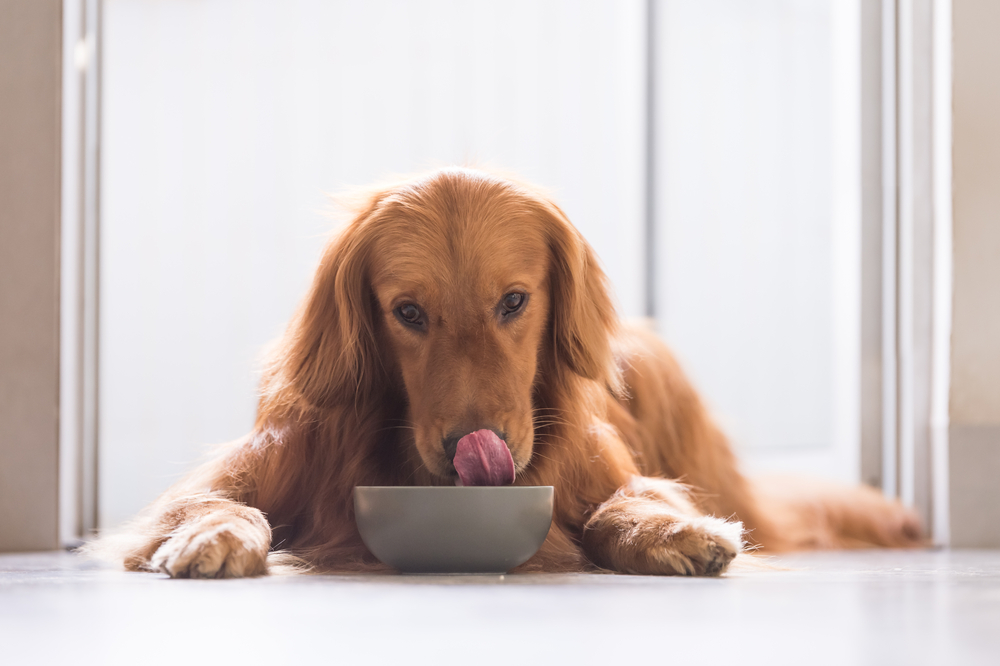 A nexus can be formed among seemingly unrelated things during unusual times. Such is the case with dogs, COVID-19, mental health, politicians, and China’s history of peddling toxic products.

Americans of all ages have experienced a harmful lack of social interaction in the last year, with no definitive end in sight. For millions, the best therapy is a dog.

As the acquisition of furry friends skyrockets and our dependence on them increases with our isolation, those dogs’ health may be at risk from food and supplements made with ingredients sourced in China. First they sent us COVID-19, and now — yet again — potentially toxic food threatening the four-legged friends helping us through it.

American pet owners prefer American-made pet food, but this market is not regulated with the scrutiny of human food.

As a former commissioner on the congressionally chartered U.S.–China Economic and Security Review Commission, identifying toxic ingredients from China in American products has always been a grave concern for me. In its 2019 report to Congress, the commission noted China was the No. 1 global source of pharmaceutical ingredients, which includes dietary supplements for pet consumption.

As far back as 2007, we found rampant agricultural contamination by airborne pollutants as a result of China’s rapid growth, conflicting layers of oversight, oppressive control of state media, and China’s tacit refusal to enforce its own product safety laws.

The dog food safety problem is no small thing. It has never been more important, nor more human-centered.

A beloved pet’s health is the first concern of its human, and the “Pet Effect” is real. Pets lessen stress, depression, anxiety, and loneliness — feelings widely reported to be increased during COVID. In a recent survey, nearly all pet owners thought of their pets as family, and 75 percent attributed improvements in mental health to their pets.

Dogs regularly assist veterans suffering PTSD or physical injury. One pet organization touts “the Woofice,” noting pets in the workplace create happier employees and higher productivity. “Pets in the Classroom” promotes pets in schools to teach children compassion for “small things that have no words.” Pets are critical companions to seniors and are often their only companion. Dogs are even used as medical healers and in recovery from mental illness and addiction.

In 2019, the FDA’s Center for Veterinary Medicine began to investigate significant upticks in dilated cardiomyopathy (enlarged heart), a deadly illness debilitating and killing dogs. Between 2016 and 2018, the number of reported annual cases shot up from two to 320. The culprit seems to be grain-free pet foods. Between 2016 and 2017, as these cases exploded, sales of this type of dog food from China increased by 173 percent.

Toxic Chinese dog food is not a new phenomenon; it is a trend. Since 2007, thousands of dogs sickened or died from jerky treats with Chinese ingredients but labeled as “U.S. made.” Dogs have been killed and injured from Chinese-sourced food containing the industrial chemical melamine. More recently, knockoff Chinese flea collars sickened and possibly killed pets.

American pet owners prefer American-made pet food, but this market is not regulated with the scrutiny of human food, and vague labeling guidance makes it difficult to ascertain whether any raw ingredient is from China.

Many pet food and supplement labels contain wiggly phrases like “manufactured in the U.S.” without country-of-origin source information. COVID has had a demonstrable effect on the pet supplement market, increasing sales by 21 percent in 2020, an indicator of the increased awareness of pet health to American well-being.

China’s soil is dirty. It contains contaminants not present in American soil. China’s government will only admit publicly that 20 percent of its soil is contaminated to crisis levels; the truth is likely exponentially higher.

Would you eat a bean grown in heavy metals? Dogs shouldn’t either.

Dogs can’t read or dial a phone, but humans can research dog food brands for ingredient sources and pressure Congress and the Biden administration to increase scrutiny over dog food’s raw materials and provide guidance that makes pet food labels more accurate. As the White House prepares for its first meeting with Chinese officials, food safety for all living beings should be on the agenda.

We have all seen mental health problems, addiction, and suicide climb during the COVID-19 pandemic. The love and companionship of a dog is a critical element in soothing the loneliness and isolation of many Americans. My mother always said, “Dogs are God’s way of showing us how to treat each other.” In these times of stress and anxiety wrought by social and economic COVID restrictions, the corollary is also true.

Our government should take serious action to protect consumers from harmful Chinese products whether for the human or pet market. Our furry therapists should be treated with the same level of food safety concern as we do ourselves.

A firm message from our elected officials to the Chinese government on behalf of American consumers would not be difficult, but it is long overdue.

Kerri Houston Toloczko is Senior Fellow at Institute for Liberty and former Commissioner at the U.S.–China Economic and Security Review Commission.