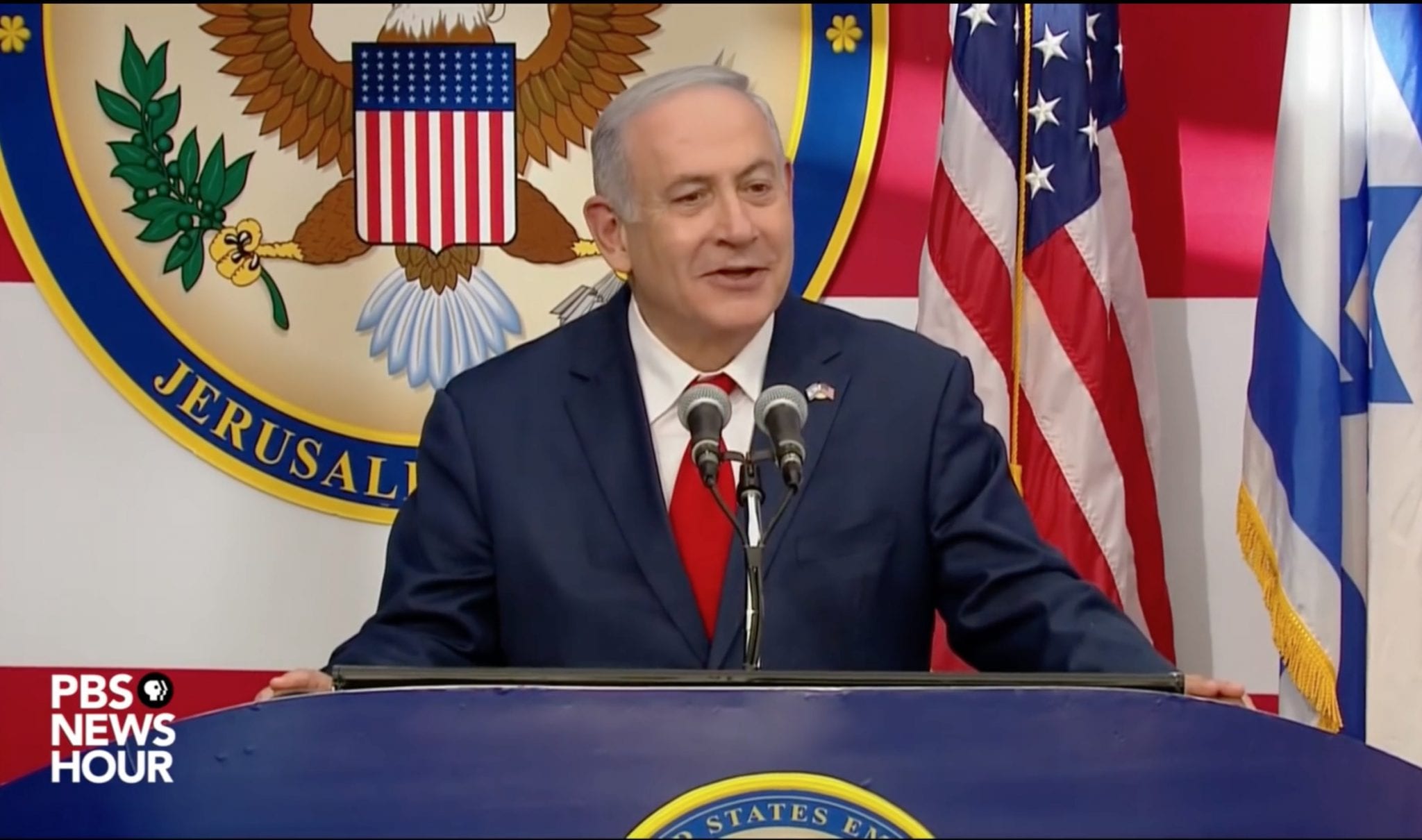 In June 2017, the Senate reaffirmed the Jerusalem Embassy Act, which called on Washington to move the U.S. Embassy in Israel from Tel Aviv to Jerusalem, by a 90-0 vote. With not a single Democrat or Republican voting against the measure, it obviously was a bipartisan vote.

But there was nothing bipartisan about the congressional delegation attending the opening ceremony of the U.S. Embassy in Jerusalem last Monday. Four Republican senators attended, as did 10 GOP House members. There wasn’t a single Democrat in the bunch.

Joe Lieberman, a former Democratic senator from Connecticut and a co-author of the original 1995 legislation that passed the Senate with 93 votes, did attend. Lieberman figured that there are close to 250 Democrats in Congress, and said, “You’d think one would have come.”

“That no Democrats could be bothered to fly out made it by definition a partisan event,” Republican consultant Arie Lipnick told the Las Vegas Review-Journal.

Democrats have been uncharacteristically silent about their absence.

Senate Minority Leader Chuck Schumer, D-N.Y., is not exactly camera shy, and he’s a gung-ho champion of Israel. Yet somehow he didn’t show for the historic embassy opening, which he has advocated for decades and which kept a key campaign promise by President Donald Trump.

Schumer’s office did not respond to queries about his absence, but did release a statement that called the embassy move “long overdue.”

“Every nation should have the right to choose its capital. I sponsored legislation to do this two decades ago, and I applaud President Trump for doing it,” the statement said.

Sen. Catherine Cortez Masto, D-Nev., voted for the Jerusalem Embassy Act last year. She did not attend the ceremony. Her office did not respond to queries.

Rep. Jacky Rosen, D-Nev., a member of the Armed Services Committee, also did not attend. Asked why, she responded in a statement: “As a Jewish woman and a former synagogue president, I believe Jerusalem has always been and will always be the capital of Israel in the hearts of the Jewish people. I do wish the embassy move had been done in a more diplomatic way. Now that the move has taken place, this situation needs to be dealt with carefully and we must ramp up efforts to seek a two-state solution and peace in the Middle East.”

Lipnick sees prominent Democrats’ silence as a sign “they don’t know where to go with this. Their only mantra now is to be anti-Trump.”

Of course, that’s what supporters like about Trump — that unlike career politicians, he was true to this campaign promise.

Which leads to the hyperpartisan pro-Trump tone at the embassy opening. Americans and Israelis heaped fulsome praise on the American president in a way that made the event seem half campaign rally and half Trump Cabinet meeting, in which administration top guns compete in testifying to Trump’s prowess.

Yes, Trump actually did something brave and bold — but Friedman’s and Netanyahu’s remarks rang hollow because of the perception that they pretty much had to say them.

That said, in the contest of hollow pronouncements, Trump sycophants cannot beat Democrats, whose overwhelming support for moving the embassy vanished because they couldn’t abide Trump scoring a win. Either that or they didn’t mean what they said. Pick your poison.