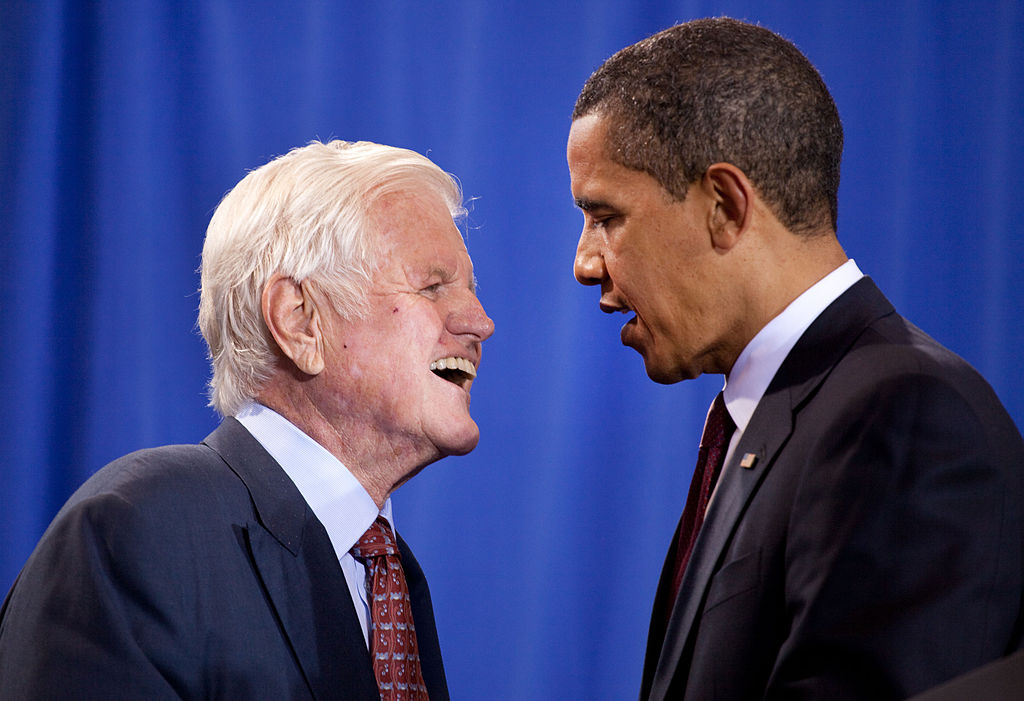 Democrats have been in conniptions ever since Mitch McConnell and Donald Trump, carefully abiding by the letter of the law, changed the direction of the United States Supreme Court. After a series of rulings overturning Roe v. Wade, enhancing gun owners’ constitutional rights, and protecting forms of religious expression, Democrats now want to pack the Court or set term limits for justices — or both. Some of the Woke actually would disband the Supreme Court, a fitting matching item for defunding police.

Amid all this left-wing angst, it stands out — more than anything else — that they are, plain and simple, sore losers. They are like the boy who brings the bat and ball so everyone can play a game of baseball; then, in a fit of rage over a called strike three, takes his bat and ball and goes home, leaving everyone else without a game.

In America, there is a founding and continuing principle of simple fair play. One day I win, and one day you win. Mainstream Americans despise anti-Semitism, racism, and other such discrimination because it violates the rules of fair play. The same is true with the debate over “affirmative action”: one side deems it fair play to make amends for past wrongs and the other side believes that fair play is violated when their Caucasian child, who worked hard through 12 years of schooling, is denied admission to a college in favor of someone else who scored notably lower on entrance exams. And both sides agree that, when it comes to parents who pay bribes to corrupt coaches to get their numbskull kids who could not even pass a urine test admitted onto the rowing team as a way to gain college admission — they all belong in prison because they have violated fair play.

For many born after 1960 or so, this may come as a shocker: In the 24 years from 1968 to 1992, Republicans held the White House for 20 of those years. Democrats got only one incompetent elected for a single term in that quarter-century: Jimmy Carter. Even then, it was because (i) Carter presented as a deeply religious, devout, and practicing evangelical Christian, (ii) he had been governor of Georgia, then a very conservative state, (iii) Nixon had just stepped down after Watergate soon after Spiro Agnew, former governor of Maryland and Nixon’s vice president, stepped down when he was revealed to be a crook who took bribes in office, and (iv) Gerald Ford, who emerged from that morass as America’s 38th president, was the only president in American history who was not elected on a national ticket.

Other than Carter as outlier for the above reasons, Americans were voting exceptionally conservative. Nixon beat Hubert Humphrey on a law-and-order platform after the 1968 riots outside the Democrat convention in Chicago, then beat George McGovern in 1972 in a clear choice between a leftist and a conservative. Carter beat Ford in 1976 for reasons listed above and other Ford stumbles, literally and figuratively. And then came Reagan, who beat Carter in 1980 and moderately liberal Walter Mondale in 1984. Reagan’s vice president, George H.W. Bush, then beat very liberal Massachusetts Gov. Michael Dukakis in 1988. That election was marked by many quirks, such as an ad depicting Dukakis in an Army tank wearing a helmet that looked straight out of the Mickey Mouse club. Moreover, on matters of substance, Bush campaigned as a tough conservative, emphasizing his eight years as Reagan’s vice president. His campaign aired an ad that brought attention to Dukakis’ decision to grant Willie Horton, a convicted first-degree murderer, a 48-hour furlough. Horton never returned to prison and instead ultimately perpetrated stabbings and rape in unspeakable ways. The Horton scandal allowed Bush to play up how tough he would be and crime, and it would be a toughness he would project when he promised “Read my lips, no new taxes.”

Although Americans voted consistently hard conservatism through that quarter-century, one institution was utterly out of touch with the national mood: the Supreme Court. The Court handed down liberal rulings consistently. Under any reasonable expectation, Republican presidents should have been naming conservative judges to the Court. Instead:

1. GOP President Dwight Eisenhower named William Brennan, who sat on SCOTUS for 34 years. He emerged as a leader of the Court’s liberal wing, described by the New York Times as a “liberal lion.”

2. When Democrat liberal Abe Fortas stepped down, Republican “conservative” President Richard Nixon, after having two consecutive nominations — Clement Haynsworth and G. Harrold Carswell — sabotaged by Democrats, basically gave up and instead named Harry Blackmun, who ultimately became one of the most liberal justices on the Court.

4. Thankfully, no vacancy occurred during the Carter presidency, making him the first president since Andrew Johnson and the fourth president overall (after William Henry Harrison, Zachary Taylor, and Johnson) to complete his term without making any appointments to the Supreme Court.

5. Despite Reagan’s unabashed conservatism, reflected in his naming Antonin Scalia to the Court, time nevertheless saw him ultimately naming Sandra Day O’Connor to replace Potter Stewart and Anthony Kennedy to replace Lewis Powell. Both O’Connor and Kennedy proved as likely to vote with the left as with the right, often breaking a 4-4 tie. Reagan had tried Robert Bork, who was sabotaged and defamed beyond description, particularly in this viciously dishonest screed by Sen. Ted Kennedy:

Robert Bork’s America is a land in which women would be forced into back-alley abortions, blacks would sit at segregated lunch counters, rogue police could break down citizens’ doors in midnight raids, and schoolchildren could not be taught about evolution, writers and artists could be censored at the whim of the Government, and the doors of the Federal courts would be shut on the fingers of millions of citizens.

6. George H. W. Bush also had an enormous opportunity to move the Court rightward when Brennan retired; instead, he named very liberal David Souter. At least he also named Clarence Thomas to succeed Thurgood Marshall. But one out of two does not cut it — because Democrats always get theirs right:

7. Bill Clinton (Ruth Bader Ginsburg and then Stephen Breyer succeeding Blackmun) had no trouble appointing liberals reflecting their world view. Same with Obama (Sonia Sotomayor succeeding Souter and Elena Kagan succeeding Stevens) and now Biden (Ketanji Brown Jackson). Even as Republican presidents were appointing liberals as frequently as conservatives, Democrat presidents were hitting their jackpots. If not for Mitch McConnell, who held up Obama’s next try, Merrick Garland, to succeed Antonin Scalia, yet another radical liberal might have been named. Only now, with Garland as Biden’s attorney general, do we fully realize the bullet we avoided.

9. And then came Trump — three for three, working with the Federalist Society.

Through so many of those 24 years from 1968 to 1992, Americans were clear in their opting for real conservatism, while the Supreme Court merrily pursued an antipodal left agenda. Despite a few solid conservative appointments by Nixon, Ford, and George H.W. Bush — and even Ronald Reagan — Republican presidents turned what should have been a conservative Court into a liberal one. While the Clintons and Obamas continually hit their bullseyes, Republicans before Trump blew it again and again.

Throughout all that quagmire, Republicans never spoke of packing the Court, setting term limits on justices, or nullifying the Court. The game had rules, and conservatives accepted the horrible results under those rules. Fair play dictated accepting the way it was.

Today, the shoe finally is on the other foot and the justices’ black robes on other shoulders. Under any conceivable rules of fair play, it now is the opportunity for conservative Republicans to enjoy their time. Yet the Democrats cannot countenance fair play. Whether they are sabotaging Haynsworth, Carswell, Bork, and almost Clarence Thomas and Brett Kavanaugh, the Democrats are corrupt and will not play fair. When, despite all, Trump manages to name three conservative justices to the Court, Democrats suddenly demand to pack the Court, impose term limits on judges, and nullify the Court. Not only does such behavior violate every American notion of fair play, but it reminds conservatives that the liberals and the Woke will do absolutely anything to get their way, fairness be damned. Conservatives must never forget to bring their own bat and ball, too, so they can continue when the progressives take theirs.