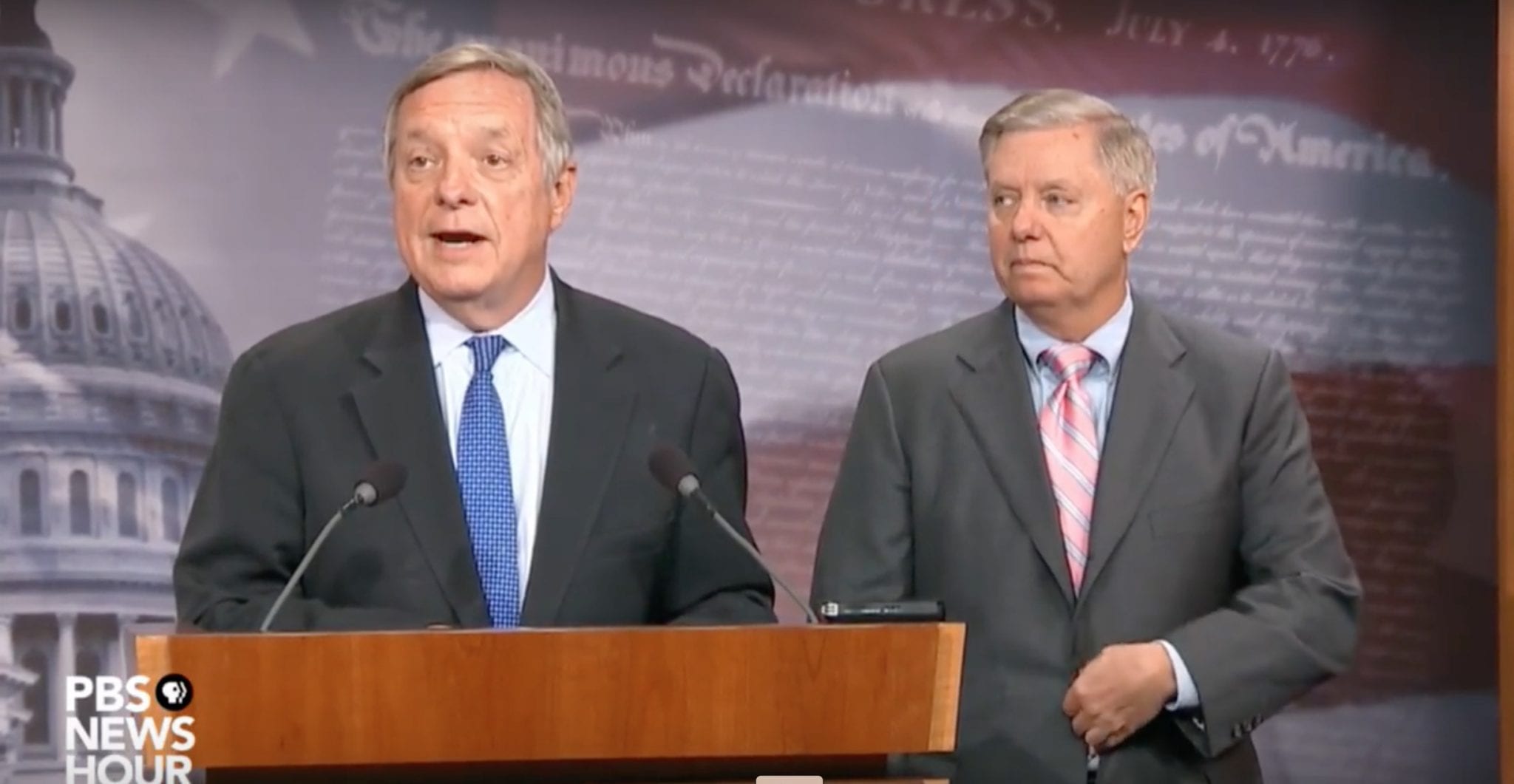 In 2013, House Republicans shut down the federal government in a doomed effort to defund then President Barack Obama’s Affordable Care Act. It lasted 17 days and accomplished nothing.

Amazingly, Democrats have decided to follow the same lame playbook.

Back in 2013, Obama called it the “Republican shutdown” — and he was right, even if his party controlled the White House and Senate. Top aide Dan Pfeiffer likened the shutdown caucus to terrorists with a “bomb strapped to their chest.”

Now some Democrats are pushing to shut down the government if they can’t pass a “clean” bill to extend Obama’s Deferred Action for Childhood Arrivals program, or DACA, which provided legal status for as many as 800,000 undocumented immigrants brought into the country as children. Here “clean” means 100 percent one-sided.

Others, like Sen. Dick Durbin, D-Ill., support a bill they see as a compromise, but it doesn’t reflect the scales of power. Republicans own the House and the White House. Senate Republicans, with a slim majority of 51, need Democrats to pass a 60-vote hurdle. If the Democrats insist on DACA as a condition to keep the government operating, they will have overplayed their hand.

Friday morning, when there was time to pass a bill, White House Budget Director Mick Mulvaney already was calling it “the Schumer shutdown” in reference to Senate Minority Leader Chuck Schumer, D-N.Y.

Across town, the Democratic National Committee sent out a press release with the headline, “Republicans Created the Trump Shutdown.”

The Democrats’ push for a shutdown was fueled by a week of saturation news coverage over Trump’s reported term for Haiti and African nations — “s***hole countries” — during a Jan. 11 White House meeting with Sens. Dick Durbin, D-Ill., and Lindsey Graham, R-S.C., as the duo pitched their bipartisan compromise to extend and expand DACA. Trump denied using that word.

Cable news pundits, however, engaged in precious debates about Trump’s exact language. Democrats’ wrath could not be contained. During a Senate Judiciary Committee hearing, Sen. Cory Booker, D-N.J., berated Homeland Security Secretary Kirstjen Nielsen as “a threat to this country” after she testified she did not hear Trump say the word in question, but she did hear “tough” language.

Schumer and Graham seemed to think they were a breath away from a deal. The DNC issued this talking point: “After saying he would sign a deal, Trump rejected a bipartisan agreement and threatened to shut down the government over his wall,” referring to the president’s desire to build a wall along the southern border.

The Durbin-Graham measure has support from senators from both parties, but it also has garnered fierce opposition, especially in the GOP House. As a senior administration official told reporters, the Trump White House wants a deal that does not “recreate a second DACA wave.” She added that border crossings are increasing.

Graham himself told CNN on Thursday that the measure is not the Bible; it can be amended.

With no Senate DACA deal, House Republicans tried a different approach to woo Democrats. Thursday the House passed a short-term continuing resolution that would reauthorize the Children’s Health Insurance Plan, which covers some 9 million children, and fund it for six years. The House passed the measure with a few Democratic votes.

But it can’t garner 60 votes in the Senate. It doesn’t include DACA.

Trump has compromised. He campaigned on a pledge to revoke the DACA order — but in February he revealed he did not want to go through with it.

In September, Attorney General Jeff Sessions announced the administration would rescind the order — which the administration deemed to be an illegal act of executive overreach — but over six months to give Congress until March 5 to broker a deal.

As Trump canceled a planned Friday trip to Mar-a-Lago, Schumer went to the White House for further negotiations. Later Schumer said the two discussed “all of the major outstanding issues. We made some progress, but we still a have a good number of disagreements.”

Ten Senate Democrats up for re-election this year hail from states Trump won in 2016. As the shutdown drags on, Republicans are more than happy to hammer them for their membership in a party that put undocumented immigrants before CHIP kids, as well as the underfunded military. Meanwhile, a rump of Democrats and Republicans have said they don’t want to pass another continuing resolution because temporary fixes shortchange defense.

Dreamers, a term for DACA recipients, “aren’t bargaining chips” — that’s been the mantra of the Democrats demanding this “clean” DACA bill. That’s the sort of talk you get when a party’s base pushes a party toward the abyss. What they’re really saying is: Compromise is a dirty word.