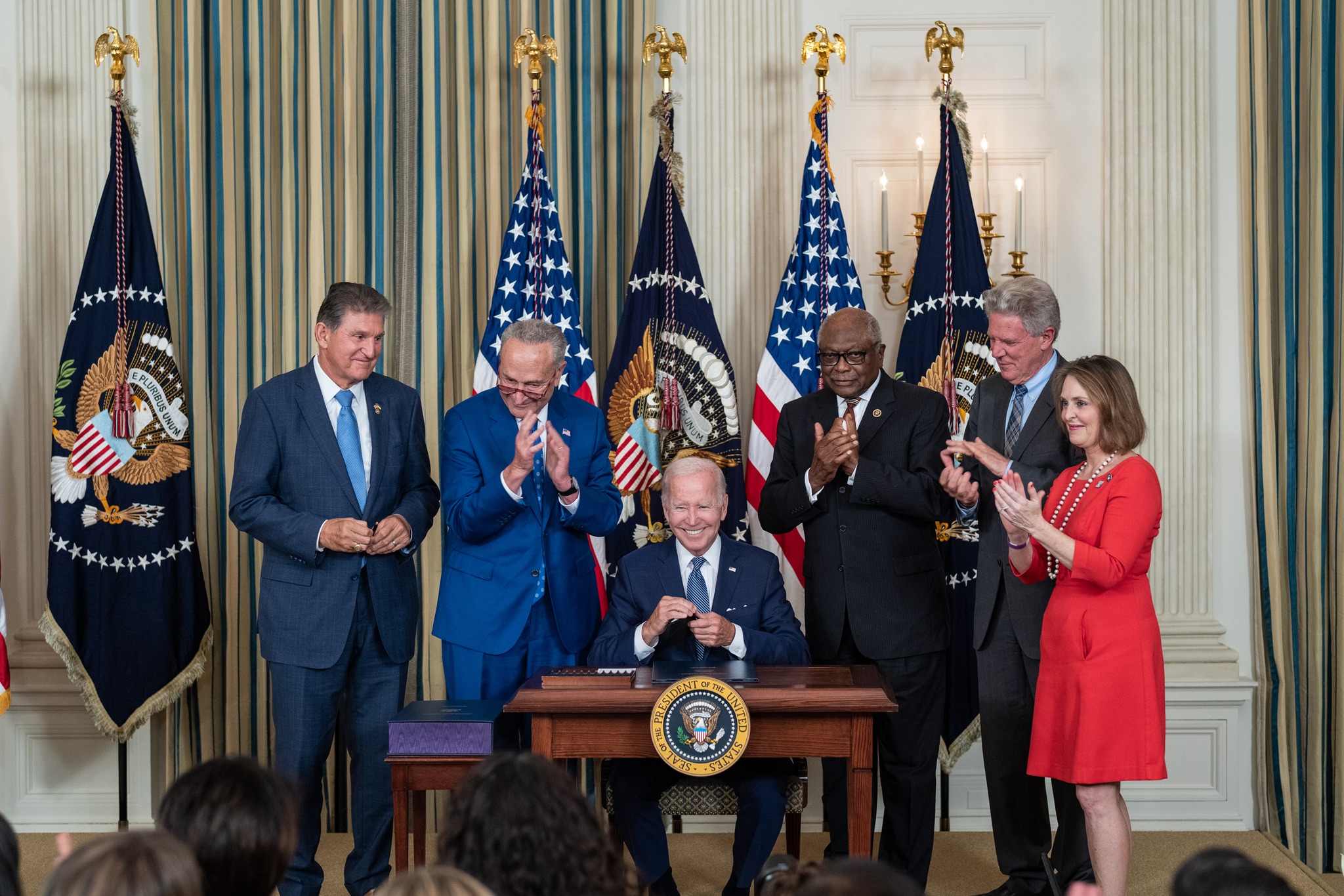 The only thing sure in life is death and taxes, and Americans, if current polling is to be believed, will vote for both in November. With inflation holding steady at 8.3 percent year-over-year, those predictions are doubtful, but let’s pretend the pollsters are right.

The Democrat Party’s chief achievements include raising taxes, increasing the number of IRS agents by 87,000, presiding over spiraling crime, allowing millions of people to pour across the southern border, sexualizing children in schools — when the schools are open, that is — and making life worse in every way with insane monetary policies that are causing wages to decrease as inflation increases and the world plunges into a recession. “Successful” states like California have higher rates of COVID deaths and infections than states that kept businesses open; their rates of homelessness, drug use, and associated crime have skyrocketed; and their chief new business is to advertise abortion to nonresidents. It’s questionable how many they’ll be able to perform between power outages. Meanwhile, President Joe Biden oversaw a humiliating defeat in Afghanistan and started a proxy war with Russia in Ukraine.

The horrifying thing about this state of affairs is that too many Americans will vote for these things. Races are tighter, at this point, than they should be. (We could talk about how the media and their polling organizations consistently try to help Democrats by creating the bandwagon effect — everyone will vote for Democrats, see the polls? You’re a loser if you don’t vote like everybody else. Then, suddenly, the polling magically tightens the week, and sometimes the night before, the election. When conservatives point out that the polls lied, all the “experts” say, But we were within one point of the actual result! See? We’re experts. No, they’re manipulators. We could talk about this, but we won’t.) Let’s take the polls at face value and examine what is motivating Democrat voters. Rasmussen has the GOP only up one point on the generic congressional ballot. Why?

If you listen to leftists, it’s all about abortion. Killing babies animates the Left so much that they believe it will turn the red wave into a red trickle. If it’s abortion that will get people out to the polls, what a horrendous political party. Its first priority is killing future voters.

After abortion, what matters? Teachers unions matter. Randi Weingarten, the voice of terrified teachers throughout the COVID pandemic, made the Democrats’ priority clear: making sure teachers didn’t have to do their jobs for two years. They succeeded. Unfortunately, children are now dumber, mentally ill, and anti-social. Oh well! That’s the price America must pay to keep true heroes safe.

Lefties also care, deeply, about the environment. Fossil fuels are evil, and America has an electric future. Electric car subsidies are especially important for people who can’t afford gas for their cars and food for their tables.

Perhaps you’re a racist who wants the border closed. Democrats are against that. They love illegal immigrants as long as they stay in Texas and Arizona. Govs. Ron DeSantis and Greg Abbott are currently testing that love.

These loving folks also prioritize organic food and hate corporate farming enterprises. They want people, not them, of course, don’t be daft, to eat bugs. High food prices cause poor people and the middle class to suffer. A Democrat has more compassion for the environment than those pathetic people.

Democrats are for carving up children physically and emotionally. Transgenderism is all the rage. Chemical castration? Usually, that’s reserved for sexual offenders, and only then in rare cases, but doing it to children? That wins high marks from leftists.

Critical race theory is the mind-breaking ideology that makes a child feel bad about his race or fear that the world is full of racists trying to ruin his life. Leftists seek to destroy any child who makes it out of the womb one way or another.

As real wages diminish and inflation makes living impossible, misery has set in for the lower and middle classes. Upper-middle-class suburbanites are beginning to feel the pain. The Keyboard Klass™ might have to drive to work, and between gas, parking, food, and clothes, the reality of the situation is dawning. They’ll be returning to an office downtown where they face a real risk of getting mugged or stabbed. They should view their sacrifice as reparations.

Even living this bleak reality, people will reflexively vote Democrat. Why? People hate humiliation more than death. It’s why public speaking ranks higher as a fear than death itself. The media and Democrats have one play: to demonize anyone who would vote Republican as being racist, “election-denying” fascists. Magats! Isn’t that a hilarious play on words? “Maggots,” get it? Who wants to be a maggot?

Joe Biden’s red speech and the Jan. 6 Committee, the Department of Justice, and the FBI’s dutifully snooping through Melania’s panty drawer while leaving Hunter Biden unmolested (at least by the government) seems like insanity upon insanity, but it’s all they’ve got. The Democrats have created a catastrophe — a series of catastrophes — in each state and city they have run. Their only play is to lie and blame and harass and intimidate and jail and demonize. They’re very good at it.

They’re conning people. If the polls are to be believed, they’re conning a lot of people. Or maybe Americans are so amoral that the lies work. Or worse, maybe America is so far gone that this Democrat agenda seems like a winning one. The Lincoln Project and Bulwark crowd certainly are on board.

Democrats love death and taxes, but they know Americans don’t. It’s why Biden is draining the petroleum reserve. He needed to lower gas prices to deceive people. Five-dollars-per-gallon gas, though a campaign promise, falls flat in reality.

No matter who gets elected, the consequences of the destruction already wrought cannot be undone. Republicans controlling the House and Senate will be dealing with malicious Obamaites pulling the strings in the executive branch. Biden, outraged at Americans’ rejection of him, will work to enact more punishments on them. Just wait. Poor people falling precipitously behind will now suffer the indignity of being investigated by an army of armed IRS agents.

The people who vote for all this vote for their own destruction. Far too many will do it.