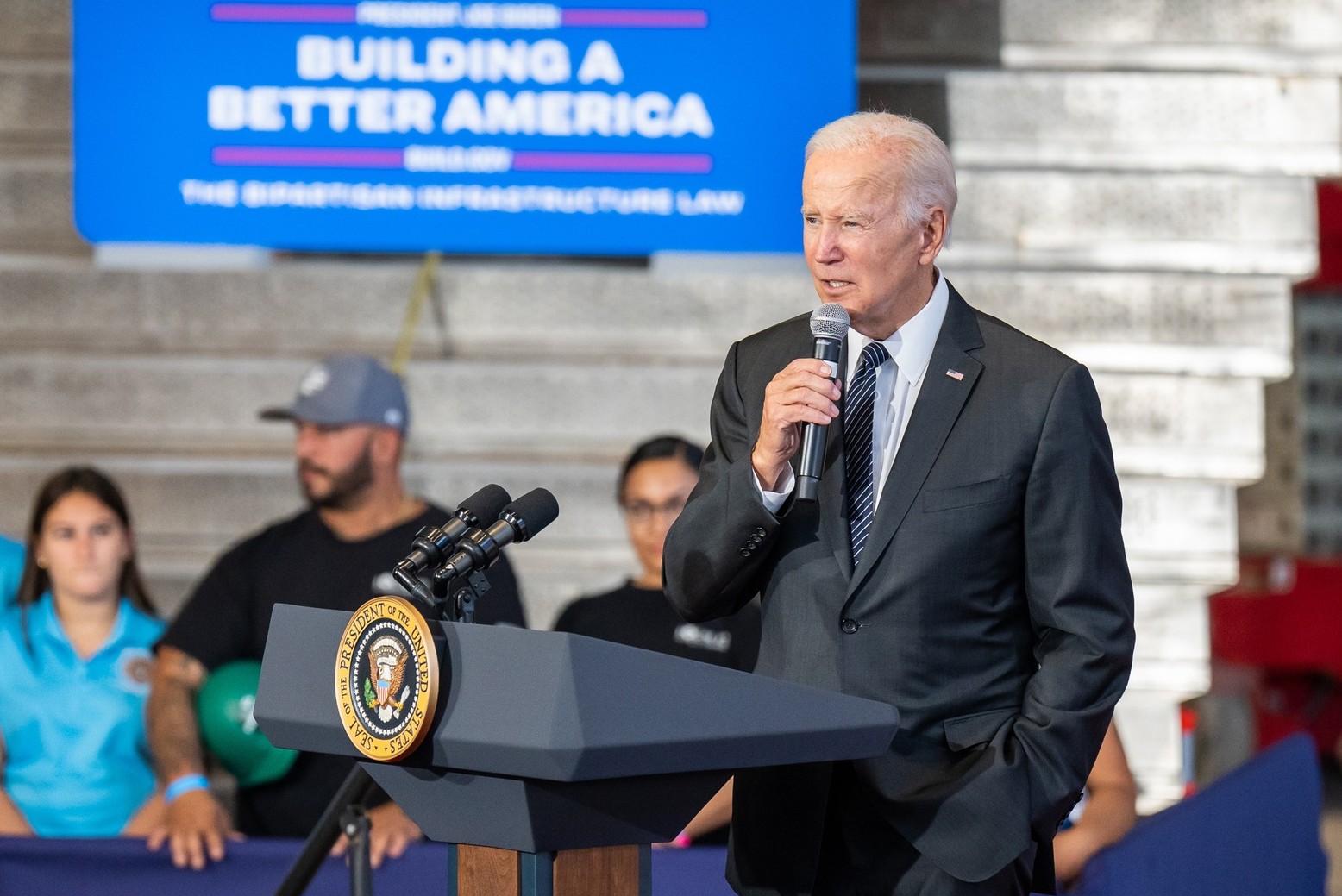 The Consumer Price Index (CPI) showed an annual rise of 8.3 percent in August.

The disheartening Bureau of Labor Statistics report arrived at an inconvenient time for the Biden administration. Despite knowing in advance that the bureau planned to release its numbers this morning, the administration scheduled a party to celebrate the Inflation Reduction Act.

Today, thousands of supporters from across the country are expected at the White House as President Biden stages a celebration of the Inflation Reduction Act, a sprawling new law that aims to lower prescription drug costs, address global warming, raise taxes on some billion-dollar corporations and reduce the federal deficit. Biden and fellow Democrats are trying to promote the bill in advance of the November midterm elections, citing it as evidence that their party can get important things done in Washington.

The White House apparently fell for its own public relations, even if few others did, that a $740 billion spending spill necessarily meant deflating inflation. Canceling the celebration strikes as a no-brainer on par with, hypothetically, the royal family deciding not to hold a glowsticks-and-lollipops rave in the hours following Queen Elizabeth II’s death. But people imprudent enough to time a party for the release of a report that they knew was coming but did not know what it said show themselves dull enough to press on with this let-them-eat-cake moment.

The Bureau of Labor Statistics sends the Consumer Price Index to crash this party. Prices for all 20 lines and sublines for the main chart rose since last August. Food rose 11.4 percent, electricity 15.8 percent, and transportation services 11.3 percent. Even gasoline, despite its drop over the summer, remains significantly higher than a year ago. (READ MORE by Dan Flynn: Biden the Wrong Kind of Clintonian on Economy)

Within the month of August, expenses went in the wrong direction by 0.1 percent. Despite that noticeable decline at the pump, non-energy numbers showed increases in every category except used vehicles, which declined by 0.1 percent. This undermines the argument that fuel — the price of which is determined by supply chains, the Russia-Ukraine war, and other factors beyond our control — fuels across-the-board inflation.

It does not, at least primarily. The supply and demand of money causes inflation. While fossil fuels do indeed affect prices in that so much of what we buy requires transport, it does not make its way into half of the equation of every transaction as does money. The cost of fuel remains largely a symptom of inflation.

Inflation refers to pumping up the currency even if modern brains associate it with its impact on prices (in other words, we confuse effect for cause). M1, the metric used to gauge cash and assets easily converted to cash, quadrupled between March 2020 and May 2020. By the end of 2021, M1 had quintupled since March 2020.

One need not possess Alan Greenspan’s brain, or even a child’s abacus, to figure out what happens to value — of money, apples, Apple iPhones, or anything — when supply quintuples in such a short period. The federal government trashed our own currency during the shutdowns, and now we are paying the price for all those checks going out backed by money created out of thin air.

The White House kills the messenger by scapegoating “the greed of meat conglomerates,” Russian President Vladimir Putin, and other usual suspects for a catastrophe created here at home. But the reckless spending by American politicians of both parties and the wild printing by American central bankers appointed by both parties caused the rapid devaluation of our currency.

The wildly diverse rates of inflation abroad further undermine the idea that global forces outside of the control of domestic politicians and central bankers spiked the cost of everything. Prices in August increased by an annualized rate of 2.7 percent in Saudi Arabia, 2.9 percent in Vietnam, and 3.5 percent in Switzerland. In contrast, the latest numbers show a rise of 10.1 percent in the U.K., 52.2 percent in Iran, and 71 percent in Argentina. The prudence or imprudence of politicians and central bankers in individual countries, and not greedy businessmen or a warmongering strongman or pandemic-disrupted supply chains, primarily determines the value of money.

The politicians, by running a deficit projected at just over a trillion dollars for this fiscal year, and the central bankers, by shrinking the balance sheet — they had more than doubled it since late 2019 — by a pittance from its March peak of $8.965 trillion to $8.822 trillion, did not learn from their errors that punished us brutally.

The CPI came in at 8.3 percent instead of the expected 8.1 percent because the people who caused inflation refuse to correct their mistakes. The Dow Jones Industrial Average reacted by dropping 900 points as of this writing because they know either the disbursement of Monopoly money ceases or inflation continues. Neither option appears attractive.