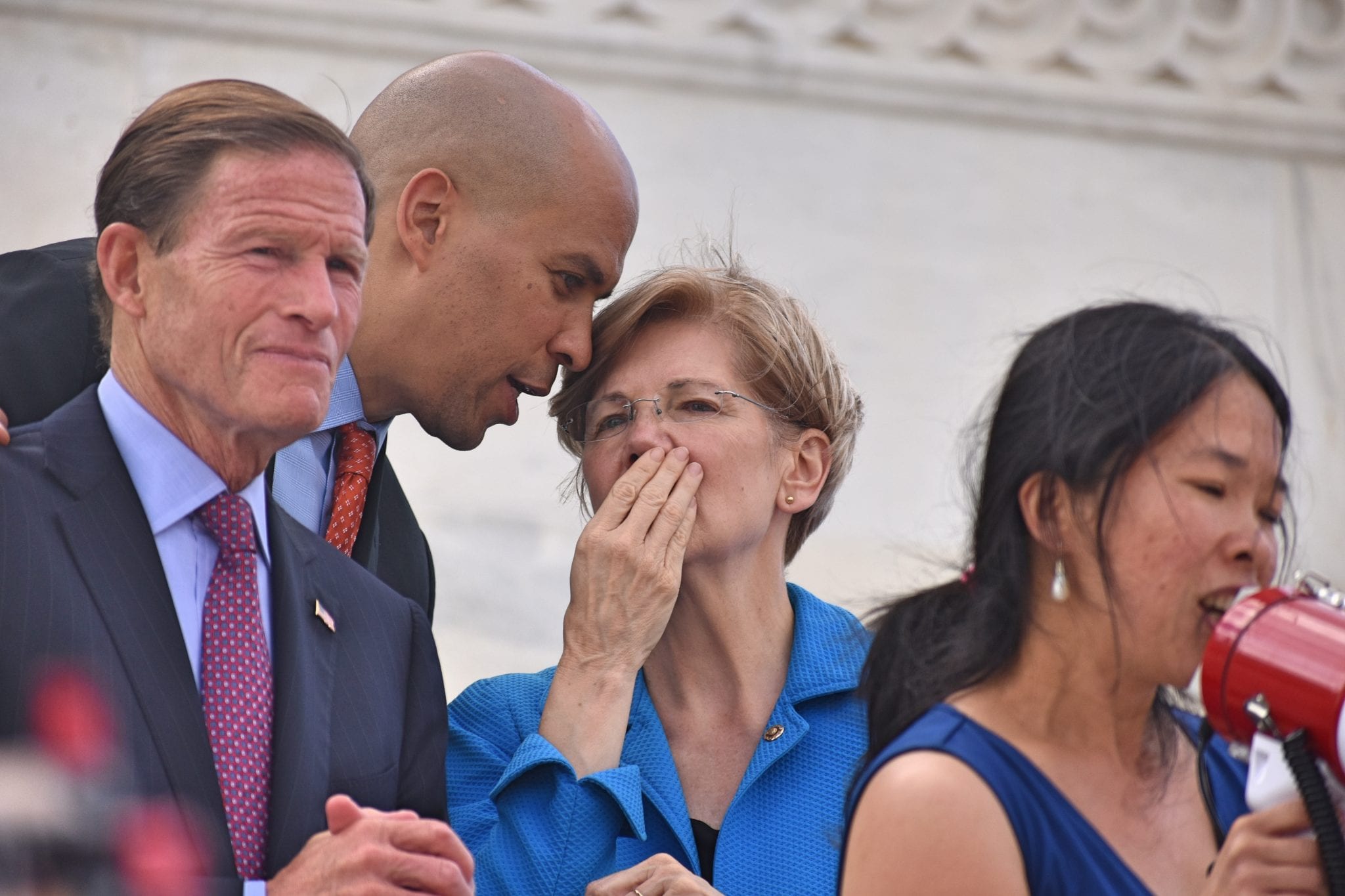 If you’re looking for work, this is the best job market in fifty years. The economy is soaring.

But Democrats running for president are pitching plans that will destroy millions of jobs, doubling the number of people out of work.

Consider Medicare for All. It will wipe out a staggering 2.5 million health insurance and healthcare jobs nationwide, causing the number of unemployed people in this country to jump by almost half.

New research by Stanford University doctors in the Journal of the American Medical Associationshows that Medicare for All will cause hospitals to lose a whopping $151 billion in payments the first year. Hospitals will be forced to eliminate as many as 1.5 million jobs overnight. Scary news for the 385,000 hospital workers here in New York state.

Meanwhile, Rep. Pramila Jayapal (D. Wash.), who’s sponsoring Medicare for All legislation in the House, admits it will cause 1 million insurance employees to get canned. She cavalierly suggests they can retire or get job re-training. Tell heartless Jayapal to do that herself.

Presidential aspirant Bernie Sanders brags Medicare for All will prevent Americans from having to choose between food on the table and medicine. Sorry Bernie, but if your job is eliminated, putting food on your table will be impossible. Period.

You didn’t hear these bleak facts at last week’s House hearing on Medicare for All. Instead, Speaker Nancy Pelosi escorted in wheel-chair bound Ady Barkan, who is dying from Lou Gehrig’s disease. Barkan made a poignant plea for Congress to recognize healthcare as a right. Painful to watch, and designed to distract from the facts.

That set the tone. Dems acted more like carnival barkers than fact finders.

But shuttered hospitals and job losses are the reality. Right now Medicare shortchanges hospitals. Hospitals accept the low Medicare payments because they can shift their unmet costs onto patients with higher-paying private insurance. Medicare for All, however, outlaws private insurance, making that cost shifting impossible. Everybody will be paying the low rate, and hospitals will get squeezed.

To stay open, hospitals will have to spread nurses thinner, reduce wages, and lay off staff. That could be deadly for a patient calling for help overnight.

And bad news for this nation. Healthcare is America’s largest employer.

Dems are also campaigning to wipe out jobs in the oil, gas, and coal industries. It’s a direct attack on Trump country. Mining and oil and gas extraction lost jobs big time during the last two years of the Obama administration, but Trump’s policies are succeeding in gradually restoring them.

Every Democrat eyeing the White House is pledging to rejoin the Paris climate accord, a lopsided agreement that would hobble the U.S. economy while barely touching the world’s largest polluter, China. Joining the accord would cost the U.S. more than two million jobs by 2025, according to a division of Marsh & McLennan management consultants.

Taken together, those two million plus the 2.5 million jobs killed by Medicare for All totals 4.5 million layoffs, almost doubling the number of out-of-work Americans. Thank you Democrats.

Don’t they know losing a job can be a personal nightmare?

When Trump took office, there were two million more job seekers than openings. Now, openings outnumber applicants. Wages are rising, with workers at the bottom benefiting most. Female unemployment is lowest since 1953. Credit goes largely to Trump’s deregulation, tax cuts, and rules allowing companies to write off plant and equipment costs right away.

No matter how Democrats badmouth capitalism, the truth is wage hikes and job opportunities are moral victories. They enable people to become self-sufficient, raise a family, and aspire to more. Presidential contender Joe Biden is campaigning to “Make America Moral Again.” Are you listening, Joe?

The Bureau of Labor Statistics says one-third of all future new jobs will be in healthcare. That’s unless Democrats win big in 2020 and push through Medicare for All.

A jobs boom is a good thing. Don’t let Democrats destroy it.