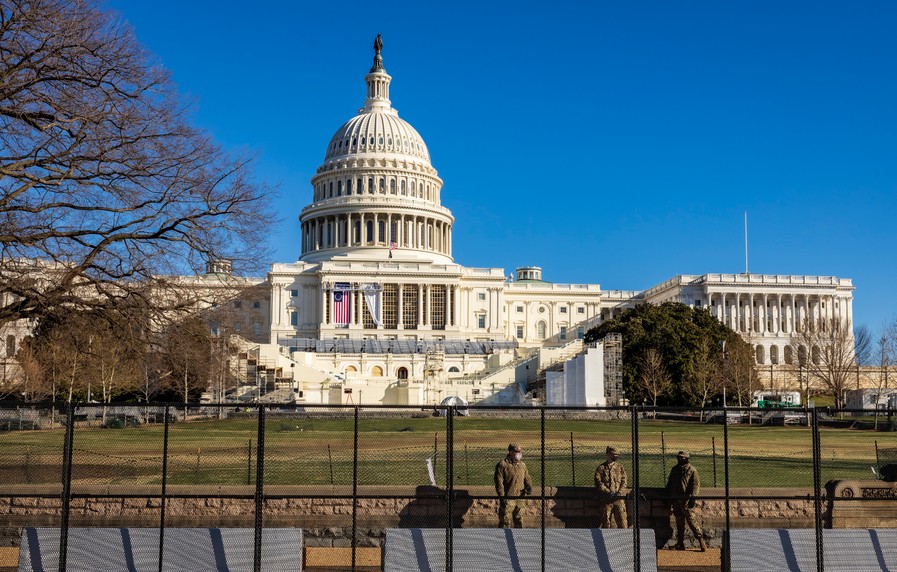 Democrats are about to experience the unbearable tightness of being the majority. With Trump’s impeachment behind them, the difficulty of governing looms large before Democrats’ historically slim congressional majority. Making their task even harder, their majority will narrow further, while a difficult midterm likely lies ahead.

Democrats’ January seizure of Congress was doubly unexpected. First, they had to win two Senate runoffs in historically red Georgia. Second, they had to do it on the heels of November’s disappointing outcome.

Democrats have never held such a narrow combined congressional majority, and neither party has governed long with so narrow a margin.

As November approached, Democrats expected to win the Senate outright and increase their House majority. They did neither. Instead they lost 10 House seats and gained just one Senate seat.

Democrats did go on to win the two Georgia runoffs, but they have also lost both House seats in November’s final two undecided races. All told, Democrats finished 2020’s election with a combined nine congressional seat loss, a 50-50 Senate, and a 222-213 House.

Putting Democrats’ combined nine-seat congressional majority into historical context, it is the narrowest combined margin since that of the Republicans in 2001. But Republicans’ 2001 nine-seat majority only lasted a few months, and then Vermont Sen. Jim Jeffords ended it by switching parties and giving Democrats the Senate. Republicans also held narrower majorities in 1953 and 1931, but in 1953 Republicans did not hold the presidency, and in 1931 the Depression guaranteed Democrats a sweep in 1932.

The bottom line is that Democrats have never held such a narrow combined congressional majority, and neither party has governed long with so narrow a margin.

Yet as tight as Democrats’ election margin was after November’s results, it is about to get tighter. Currently, three House vacancies put Democrats’ majority at 221-211, but the pending Senate confirmations of Rep. Marcia Fudge (Ohio) and Rep. Deb Haaland (N.M.) will take it to 219-211. This means that in order to pass legislation, Democrats can lose just three House votes and zero Senate votes. Democrats’ combined congressional margin of error will be just three votes.

As Democrats’ congressional margin is historically narrow, their circumstances are equally challenging. America is still gripped by pandemic, many areas are still locked down, the economy is still weak, civil unrest has been prevalent, and the public is divided and frustrated. Democrats face these with a margin of error of three.

Also compounding Democrats’ narrow congressional margin is their significant electoral separation. In the House, 39 Democrats won in 2020 by less than a 10-percentage-point margin. Those 39 won by an average of just 51.8 percent (versus an average Republican at 46.9 percent). At the same time, 143 Democrats won by over 20 percentage points, and 40 won by between 10 and 20 percentage points. Such great separation will put great pressure on Democrats’ unity on divisive issues.

In the Senate, where Democrats have no margin of error, they have electoral considerations too. Fourteen Democrats are running for reelection in 2022, and five won by less than 10 percentage points in their last election.

Finally, in November 2022, Democrats face a midterm election with Joe Biden in the White House. Historically, parties holding the presidency have fared poorly in midterms. When Clinton and Obama held the presidency, Democrats lost badly in their first midterm, averaging House losses of 58.5 seats and Senate losses of 7.5 seats. This precedent puts their already volatile congressional ingredients into a pressure cooker.

With Trump gone, Democrats must now govern. The circumstances could hardly be tougher, their congressional margins tighter, their electoral spectrum wider, or their midterm precedent more daunting. For the next 20 months, Democrats must not simply walk on eggshells; they must run on them.