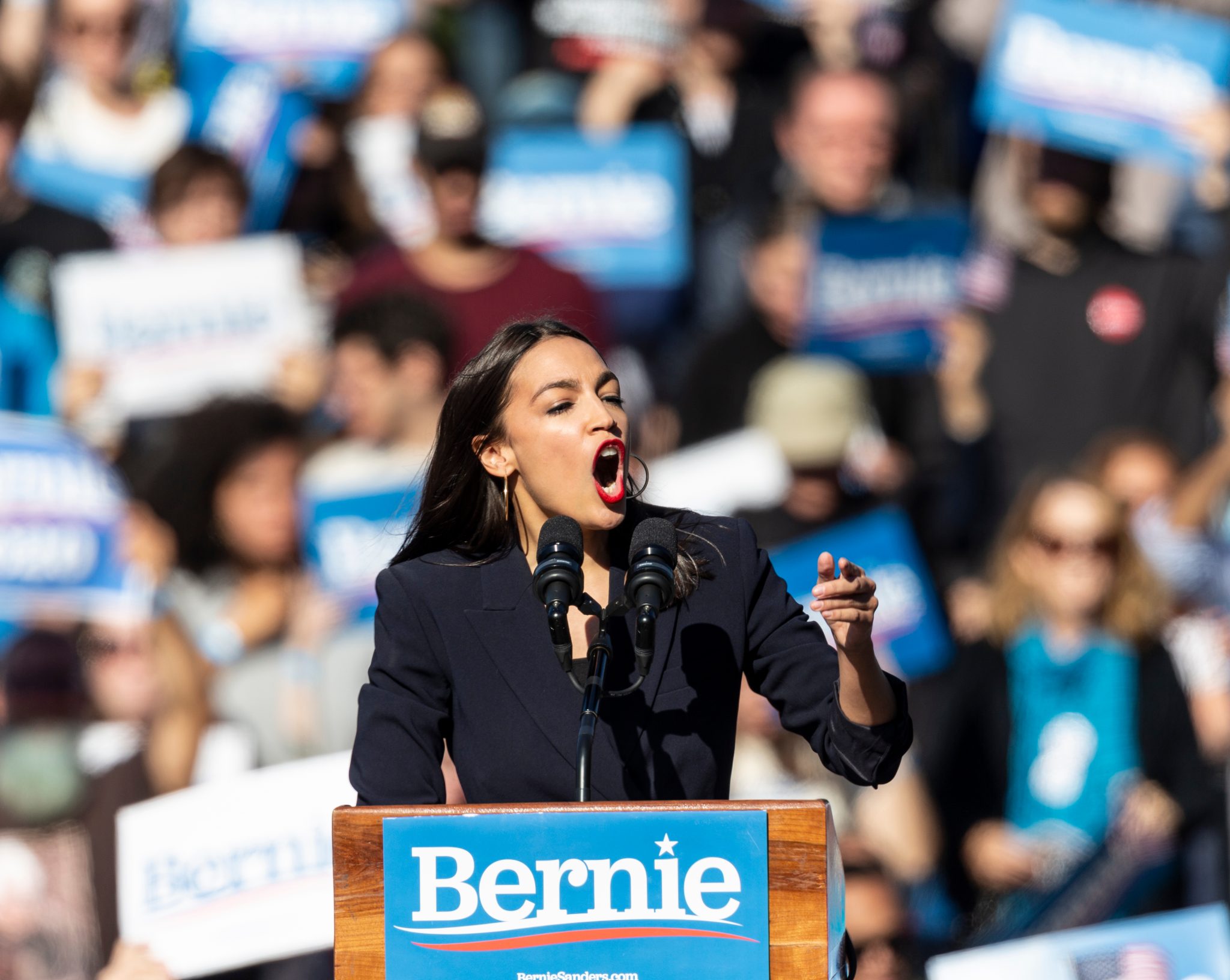 The Lawfare Project sent House Speaker Nancy Pelosi a letter opposing progressive Democrats’ “uninformed and inaccurate” policy proposals towards Israel. The Lawfare Project, according to their website, provides legal counsel and services to, and protects the free speech of, members of the Jewish and pro-Israel community. According to the Lawfare Project, the progressive Democrats’ labeling Israel’s plans to establish control over parts of Judea and Samaria as “annexation” rather than “sovereignty” places the Democrats at odds with U.S. law, “which has long recognized the rights of the Jewish people to a national home in Palestine.”

The Lawfare Project’s letter to Speaker Pelosi was in response to another letter sent by progressive Reps. Alexandria Ocasio-Cortez, Rashida Tlaib, and Ilhan Omar, Sen. Bernie Sanders, and others to Secretary of State Mike Pompeo in late June. This progressive letter is the latest in a series of Democratic communications that serve to harm the U.S.–Israeli partnership. Democrats are now bringing harmful and false ideas, once considered taboo, to the forefront of American politics. Those ideas are the following:

The “settlements” in Judea and Samaria are illegitimate.

Contrary to popular wisdom, Israel has a right to build the “settlements,” which are Jewish communities in Judea and Samaria, the heartland of the Land of Israel. (There are currently about 450,000 Israeli citizens living in Judea and Samaria, in addition to another 215,000 living in eastern Jerusalem.) The Trump administration, in the Pompeo Doctrine, stated that it does not recognize the “settlements” as illegal.

In contrast, the progressive Democrat letter mentioned above calls the “settlements” “illegal” under the Rome Statute of the International Criminal Court. Presidential candidate Joe Biden also recently said that continued “settlement” building “will choke off any hope for peace,” despite the Palestinians’ consistent rejection of any peace proposal regardless of the presence, absence, and number of “settlements.”

Israel’s claim to Judea and Samaria is an “occupation.”

Israel’s claim to Judea and Samaria is not one of “occupation,” and Republicans know this. I could not find any reference of the Trump administration referring to the “occupation.” Also, a letter addressed to Netanyahu in support of Israel, signed by 120 House Republicans in late June, does not mention “occupation.”

In contrast, Democrats are convinced otherwise. The progressive Democrat letter mentioned above refers to Judea and Samaria as “occupied Palestinian territory,” “Palestinian Territory occupied since 1967,” and “occupied West Bank,” with Israel being the “Occupying Power.” Biden is also on the record for opposing the so-called “occupation.”

Israel does not have a right to apply sovereignty to at least some of Judea and Samaria.

In contrast, Democrats are convinced otherwise. Biden has stated, “I do not support annexation. The fact is, I will reverse Trump’s undercutting of peace.” Further, over 190 House Democrats signed a letter to Prime Minister Benjamin Netanyahu, Alternate Prime Minister and Defense Minister Benjamin Gantz, and Foreign Minister Gabriel Ashkenazi opposing any Israeli move of “unilateral annexation” to any part of Judea and Samaria. The progressive Democrat letter threatens “nonrecognition of annexed territories.” A letter signed by Senate Democrats, including Elizabeth Warren and Bernie Sanders, written to Netanyahu and Gantz in May also opposed “annexation” six times in four paragraphs.

The U.S. should condition aid to Israel on Israel not building in Judea and Samaria.

U.S. aid to Israel dates back to the 1973 Yom Kippur War and is money that Israel spends mostly in the United States. This aid has long been independent of Israel’s relationship with the Palestinians. Continuing this tradition, Biden said that he would not place conditions on military assistance to Israel. But the progressive Democrat letter threatens legislation that would cut U.S. aid to Israel if the latter moves forward with sovereignty. The progressives are thus “subordinating [the U.S.–Israel relationship] to the Palestinians or, more precisely … subordinating it to the extensive demands American progressives make on behalf of the Palestinians.” Bernie Sanders, IfNotNow, and 1,000 alums of J Street U, the student arm of J Street, supported such conditioning of aid to Israel in separate statements.

The Boycott, Divestment, and Sanctions (BDS) movement is OK.

The Boycott, Divestment, and Sanctions (BDS) movement is an anti-Semitic campaign to destroy Israel. President Trump signed an executive order, which in part threatens to withhold funding of universities that support BDS. To his credit, Biden “firmly reject[s]” BDS. But the progressive Democrat letter, while it does not expressly address BDS, is endorsed by multiple organizations that support BDS, including American Friends Service Committee, American Muslims for Palestine (AMP), Churches for Middle East Peace, Defense for Children International — Palestine, and the U.S. Campaign for Palestinian Rights. Each of these organizations is additionally problematic, as reported by the Washington Free Beacon. For example, AMP, Defense for Children International — Palestine and U.S. Campaign for Palestinian Rights have been connected with fundraising for terrorist organizations. In fact, Rep. Ocasio-Cortez purposefully sought support of the progressive Democrat letter from these groups.

Recent statements by Democrats is the latest in a push to continue to make Israel a partisan wedge in U.S. politics, one that I previously discussed in The American Spectator. It remains to be seen if moderate voices within the Democratic party will be able to reclaim the narrative. Until then, the Democratic party will continue to undermine the U.S.–Israel relationship.