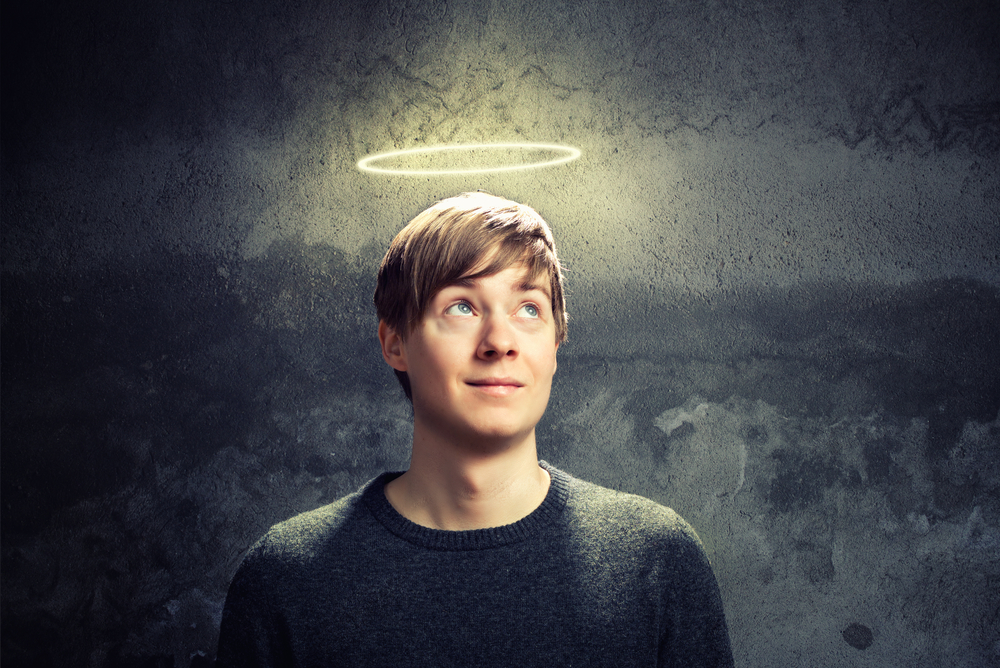 Even though Amy Coney Barrett seems to have avoided a much-anticipated religious inquisition from the Democrats on the Senate Judiciary Committee, the hearings have reminded us that Democrats over the years have pretty much established themselves as the anti-God party. They booed him at their 2012 national convention, after all. They had omitted reference to God from their platform in 2008, and when, in 2012, they tried to add it back, witnesses say about one-third of convention-goers booed. Their social platform pushes against historic Christian morality at nearly every turn — on abortion, on same-sex marriage, on gender identity, on end-of-life issues. And who is it that sues nuns and hassles religious schools and tries to pull down crosses on every little public patch of land they can find?

Last year, the Democratic National Committee decided to court the “religiously unaffiliated” by passing a resolution acknowledging the “value, ethical soundness, and importance” of nonreligious Americans. As the “nones” are pretty much all-in on the Democrats anyway — 70 percent of them voted Democrat in 2018 — this seems cosmetic. After all, one of every three Democrats is religiously unaffiliated.

Now, if they were a church, going after the unchurched would be sound strategy. But they’re a political party, one that apparently wants to get as far away from historic Christianity as they can.

Which is a shame … and not very smart, politically speaking.

Fortunately, there is a religion out there that allows them to escape all the beliefs and teachings they hate of historic Christianity while still claiming religious adherence, which might come in handy when their candidates are standing in pulpits importuning church people for money during election campaigns. They can indeed have it both ways.

It’s been right under their noses since 1968. In that year, Latin American Catholic priests who had grown weary that directives from the hierarchy did not deal adequately with the plight of people on the ground invented a “theology from below” that ministered directly to the physical needs of common people. This theology — given the moniker “liberation theology” — cuts out all the “pie-in-the-sky-by-and-by” that liberals hate for its otherworldliness, which, they contend, fools the poor into accepting their plight in this world with visions of rectification in the next.

It is based on Marxist economic theory — so that’s a big plus — and emphasizes social concern for the poor and reorganization of social, governmental, and economic structures to benefit the impoverished. But what it isn’t is a religion that emphasizes all those doctrines and beliefs liberals so hate about historic Christianity.

Liberation theology views some of the major doctrines of Christianity differently. For example:

If you’re talking religion, the topic of sin will have to come up sooner or later. And most often it’s sooner — like right out of the gate. The reason you need religion in the first place is sin. All religions have to deal with it.

Christianity in its traditional form, for example, goes after it right away. It’s probably the first thing an evangelist will say to you — you’re a sinner! You have bad thoughts, you do bad things. Being called a sinner is not productive to enhancing the self-image. It’s a real bummer.

Now, you could go the New Age route and just kind of wish away that bad old sin — you were born not into original sin but into original innocence. But crystals and pyramid hats are as tiresome as they are ineffective. And good luck sitting in that lotus position and capturing a quality vortex. You almost have to go to Sedona or Santa Fe to get a good one.

Much more personally profitable is to totally rethink the concept. In liberation theology, it’s not you that sins, it’s the system that sins. Why do you think they call it systemic racism, sexism, homophobia, transphobia, etc.? You’re not sinning; you’re being sinned against!

And that means no guilt, no self-recriminations for sinful action. You feel a lot better about yourself, and any anger you might have is directed not at yourself in a self-debilitating way but toward the system that oppresses you. This is ingenious! It’s amazing that it took until 1968 for somebody to think of it.

Another key concept of traditional Christianity — you confess your sins and promise to try not to sin anymore — is also moot in liberation theology. Moot in its traditional iteration, that is. You don’t sin in liberation theology; you therefore have nothing to repent. Systems sin, but they don’t repent because, well, they’re systems. Capitalism will not repent, no matter how many CEOs take a metaphorical knee or how much venerable product packaging is scrubbed of “offensive” images (see Aunt Jemima, Uncle Ben, the Land O’Lakes Indian, the black chef on the Cream of Wheat box, and probably pretty soon Mrs. Butterworth, too). And all the married men in the world taking their wives’ maiden names upon marriage, instead of vice versa, will not force the patriarchy to repent.

But institutions will repent, and it doesn’t even take “largely peaceful protests” to make them do it. All manner of universities, both common and grand, are eager to study their own racist past and condemn their heritage, even when they don’t have any firsthand involvement in slavery. Princeton University, for example, did not own slaves, nor were its buildings constructed by slaves, but it “benefited from the slave economy” — it invested in Southern antebellum banks and had donors who profited from slavery. Harvard, Virginia, Rutgers, and other institutions have commissioned intense studies, found themselves egregiously culpable, and inflicted upon themselves emotional and monetary penance for their participation in an institution that ended 150 years ago.

But liberationists can still enjoy the relief and unburdening that repentance offers without any of the spiritually enervating guilt that traditional confession incurs. But it runs along a different line. For example: “I repent that I did not condemn my parents for their homophobia much earlier in my life”; “I repent that I did not shout down my pastor that Sunday when he was condemning abortion”; “I repent of my weakness in not always demanding that others use my preferred pronouns when speaking to me.”

Let’s face it: this hasn’t been a priority for quite a while. Even back before liberation theology, the mainline church had abandoned the traditional mode of evangelism and was doing “sharing a cup of water in Jesus’s name” evangelism — you know, sending a team to a village in Peru to dig a well, sending some “speak truth to power” warriors to Bolivia to train peasants in resistance tactics, distributing clean needles down at the homeless encampment, that sort of thing.

Now that evangelism has been further besmirched as the home of numerous destructive -isms, you can drop the pretense altogether. Whites evangelizing blacks smacks of racism. Disciples from North America or Europe evangelizing anybody in the minority world is tantamount to colonialistically imposing a foreign religion on them. And anybody preaching the historic gospel — you know, the one that claims Jesus is the only way to salvation — is engaging in exclusivism. Obviously, these are all bad things.

Progressives do not have a stellar reputation for charitable giving. Sure, your Gateses and your Buffetts finance plenty of worthy causes, but liberal political leaders seem legendarily chintzy. Some of their giving numbers, prior to a media spotlight that shamed them into anteing up respectable sums to charity, are downright embarrassing. The Al Gores managed to drop a paltry $353, of an income of $197,729, in the charity box in 1997. The Obamas never gave more than $3,500 a year from 2000 to 2004.

Joe Biden gave less than 2 percent of his income to charity in 2016, and was even cheaper before that. For one decade while he was a senator, he and Jill averaged $369 a year. In 1999, a mere $120, of a $210,797 income, managed to escape their wallets. You can almost see Good Catholic Joe sliding out of his pew to go to the restroom every time a collection plate entered his vicinity.

But it’s not a problem. At least not in this religion. Why give to the church when you are attempting to make the church redundant by transferring all erstwhile religious charity to the state? Ralph Nader said it well: “A society that has more justice is a society that needs less charity.” When justice is achieved by giving other people’s money to different other people, something liberal politicians excel at, there is no real need for them to put their own money to the cause, or into any collection plate.