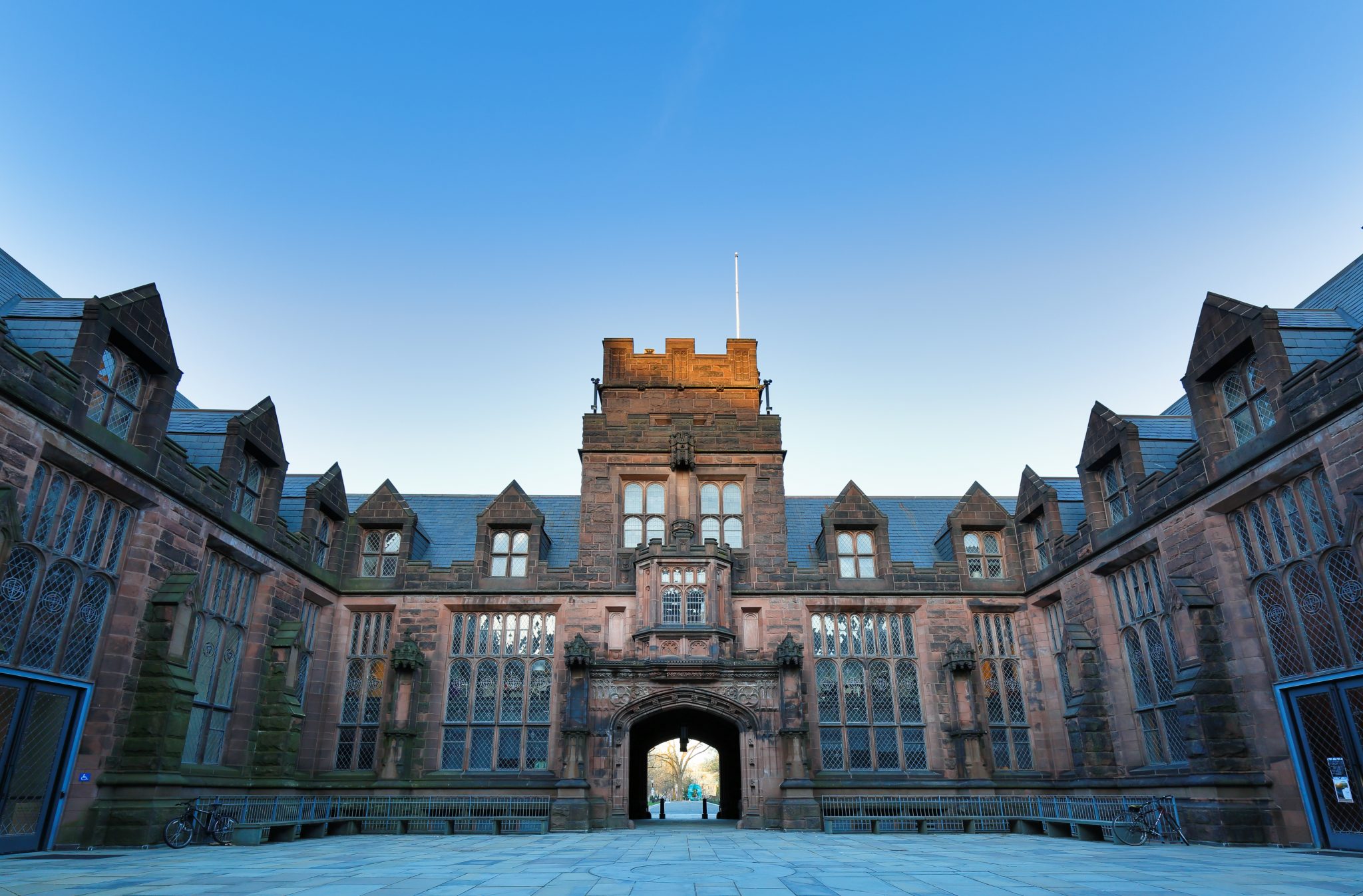 On September 2, Princeton University President Christopher L. Eisgruber admitted in a letter to the university community that Princeton, “for most of its history, intentionally and systematically excluded people of color, women, Jews, and other minorities” and that these racist actions “persist at Princeton.” Two days later, Donald Trump’s Office of Management and Budget issued a memo ordering all executive agencies and departments to “cease and desist from using taxpayer dollars to fund … divisive, un-American propaganda” and “to begin to identify all contracts or other agency spending related to any training on ‘critical race theory,’ ‘white privilege,’ or any other training or propaganda effort that teaches or suggests either (1) that the United States is an inherently racist or evil country or (2) that any race or ethnicity is inherently racist or evil.”

Ten days later, in a letter to President Eisgruber, Assistant Secretary of the Department of Education Robert King announced the opening of a federal investigation of Princeton University for possible non-compliance of  “Title VI of the Civil Rights Act of 1964.”

What’s going on? A clash of competing views of racism accelerated by the outing of critical race theory (CRT) as the ideology that gave birth to a new definition of racial bigotry — a species of racism to which Eisgruber confessed to but of which Title VI knows nothing and which the Trump administration has delegitimized. By opening its investigation of the Ivy League school, the Department of Education insists on reading Eisgruber’s letter as a confession of the only sort of racism it recognizes, namely the kind the Martin Luther King Jr.–led Civil Rights movement addressed in the landmark legislation it produced, including Title VI. Eisgruber may wish to forswear the first sort but also confess to another, namely the “inherent” kind outlined by CRT. But the Trump administration acknowledges only the Title VI species. So if you benefit from taxpayer subsidy, as Princeton does to the tune of above $75 million over Eisgruber’s 13-year tenure, and you confess publicly to systemic, institutional racism, you might better buckle up, because the Feds are coming.

Donald J. Trump and Betsy DeVos have thrown a monkey wrench into the works of the resource-devouring and community-destroying diversity machine.

CRT, though until recently largely unknown by name to all but a few specialists and leaders of the contemporary social justice movement, has now penetrated institutions across America. Tracing its emergence back to law schools of a generation and more ago, Christopher Rufo observes that “Critical race theory now forms the basis of personnel-training programs around the country, from corporate America and universities to churches and nonprofits.” Black Lives Matter employs the specialized language of CRT, including terms such as “whiteness,” “intersectionality,” “systemic racism,” and “anti-racism.”

Controversy continues to roil the Southern Baptist Convention, the largest Protestant denomination in America, since its 2019 passage of a resolution affirming CRT and intersectionality as “a set of analytical tools” for the examination of race and experience. Having gained influence in university departments of education, CRT ideology also shapes K-12 curricula in many school districts across the nation.

The Civil Rights legislation of the 1960s meant to address racism through anti-discrimination laws — legal non-race-conscious remedies inspired by Martin Luther King Jr.’s longing for black people to be judged not by the color of their skin but by the content of their character. But CRT attacks an incurable racism endemic to all white people. This disease of “whiteness,” though often impossible to detect, renders white people the inevitable, though perhaps unwitting, oppressors of people of color.

Clues that Eisgruber means to confess to the CRT sort of racism abound in his letter. The racism at Princeton persists “sometimes by conscious intention but more often through unexamined assumptions and stereotypes, ignorance or insensitivity,” he says. Undetectable in a straightforward manner, racism remains “embedded in structures of the University itself.” Eisgruber proposes to establish CRT “bias response” protocols to facilitate anonymous Orwellian snitching options already employed elsewhere for the reporting of suspected racist acts or micro-aggressions.

Eisgruber’s remedial program did not emerge from the legal and social reasoning upon which the landmark legislation of the 1960s depended, but upon the ideology of CRT. Yet, at Princeton, and most anywhere a white cisgendered[1] male leads an institution, one vital component of CRT remains conspicuously absent from proposed anti-racism regimes — intersectionality.

Intersectionality demands that voices and power move from members of privileged oppressor groups, especially white males, to those of oppressed groups, especially to persons of color. True application of this CRT corrective at Princeton would render Eisgruber’s position and voice intolerable both to himself and to the persons of color charged with implementation of his anti-racist program. But at Princeton, as at the Southern Baptist Convention and its seminaries, the rush to display CRT credentials stops just short of the point where the virtue-signaling threatens their own jobs. Why don’t the supposed oppressed voices who head up departments of diversity call out this inconsistency as hypocrisy? Could this silence mark yet another validation of the subtitle to White Guilt, Shelby Steele’s seminal book of 2007 — How Blacks and Whites Together Destroyed the Promise of the Civil Rights Movement? Mutual benefit fuels the charade.

Pursuit of contemporary social justice proves expensive, but usually only to certain people groups: 1) over-represented “oppressor” classes who seek college admission, employment opportunity, and promotion, especially Asians and whites, and, in that order, 2) employees compelled to squander precious time in unproductive and divisive CRT diversity training sessions, 3) students whose tuition costs and debt burden increases to prop up, sustain, and expand departments of diversity, 4) non-elites throughout society where university-accelerated cancel culture secures Orwellian losses of freedom through speech codes, snitching, and the self-censoring that results, and 5) targets of violent mob destruction and assault now visited upon American cities and neighborhoods.

The Trump administration pushback against CRT together with its racism-defining investigation of Princeton could mark a dramatic shifting of costs to the tiny sliver of the populace who now benefit from the march of social justice: the elites at the top.

Assistant Secretary King’s letter to Eisgruber included these ominous sentences: “Based on the facts, the Secretary of Education may consider measures against Princeton for false Program Participation Agreement nondiscrimination assurances, including an action to recover funds. Also, she may consider measures against Princeton for making substantial misrepresentations about the nature of its educational program, including a fine proceeding.”

Social justice in higher education has everything to do with the securing of power and benefits for an elite few at the top, purchased at astronomical societal costs borne by others. But now Donald J. Trump and Betsy DeVos have thrown a monkey wrench into the works of the resource-devouring and community-destroying diversity machine. They are calling the bluff of an Ivy League university and threatening to punish them for their confessed systemic racism — not racism as CRT defines it, but as MLK did and Title VI does. Social-justice virtue-signaling cast itself as courageous activism — but the real courage on display these days shines forth from those who resist the mob, not those who cater to it.

What transpires between the Department of Education and Princeton in the coming weeks could provide a clarifying examination of the competing “racisms” that now impinge upon and confuse discourse in America at all levels. And it may impose costs upon the select few for whom the new anti-racism has so far proven a lucrative affair. I’m guessing social justice in higher education might lose a bit of its luster for the elites if the federal bill collector asks them, rather than the rest of us, to pay up.

[1] To be cisgendered is to accept one’s biological sex at birth as your true sex or gender.