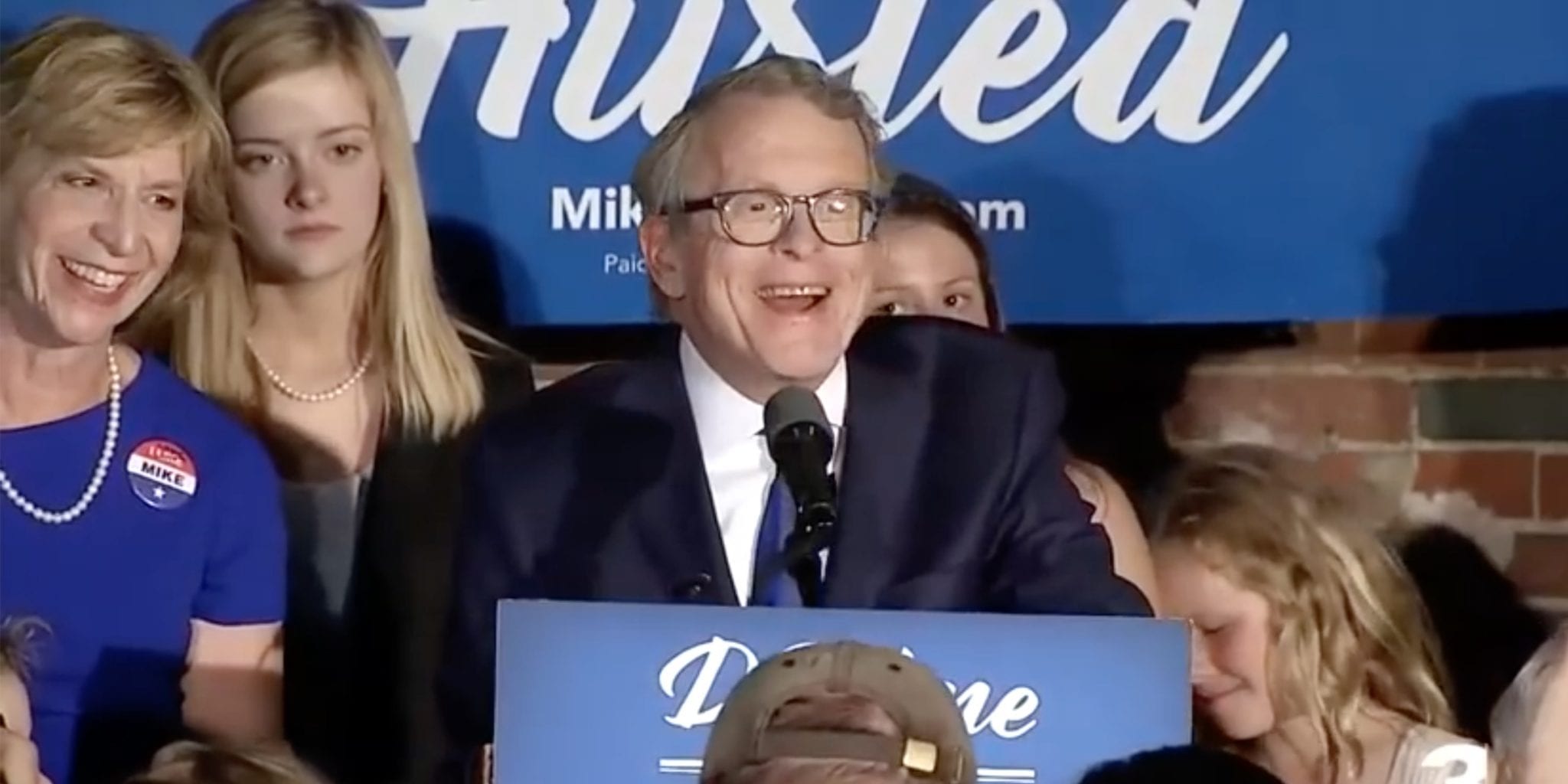 For well over a year before the midterms, the Democrats and the media predicted that a blue wave of righteous indignation would bring the sinners of the GOP low on November 6. The Republicans would be humbled in Congress, state legislatures, and governor’s mansions all across the land. And, despite the historical revisionism that is already under way, that prediction included flipping the Senate. As late as November 4, the head of the Democratic Senatorial Campaign Committee insisted that his party had a path to the Senate majority. Even on Election Day, some media outlets reported that the chamber was in play.

But the “blue wave” isn’t what it used to be.

As is often the case with terms used by the Democrats and their media allies, the definition of “blue wave” has proven rather protean. Before the election, it denoted an army of disgruntled Democrat voters storming the polls and sweeping all before them — up and down the ballot. After the election, its scope was downsized to winning back a majority in the House, a few pick-ups in gubernatorial contests, and some modest gains in state legislatures. The GOP retains a majority in the Senate, a majority of governorships, and a majority of state legislatures. So, was the blue wave a genuine wave? Sean Trende at RCP writes that it “falls short.”

Under the metric I set up before the election, the overall index had to shift about 40 points to be considered a wave election rather than simply a good-to-very-good Democratic year. Right now, votes are still being counted, but it looks as though the index shifted a little more than half that. Overall, the outcome falls in between what we would consider “good years” for Democrats, 1978 and 1970, and is in the ballpark of other “good years” such as 2014, 1950 and 2006.

Does it really matter if it fits the technical definition of a wave according to the metrics of some statistician? Yep. The difference between a good midterm and a wave election is that the latter comes with long-term consequences that seriously alter the balance of power nationwide. That didn’t happen. President Trump will continue to appoint conservative judges to the federal judiciary — and at least one more justice to the Supreme Court. And the legislatures picked up by the Democrats will do them little good on redistricting. The Wall Street Journal reports that most of their pick-ups occurred in the Northeast where they already dominate:

Democrats won control of six more state legislative chambers in Tuesday’s election and loosened Republicans’ grip on some others, but they didn’t significantly shift a balance of power that still heavily favors the GOP…. [The National Conference of State Legislatures] counts 61 chambers still in GOP control, compared with 37 for the Democrats. Before Tuesday’s voting, NCSL counted 66 chambers in Republican control and 31 with Democrats in power, with one other where the parties were tied.

Moreover, the Democrats failed to accomplish one of their most cherished goals for 2018. They badly wanted to pierce the Republican legislative firewall in battleground states like Florida, Iowa, Michigan, North Carolina, Ohio, Pennsylvania, and Wisconsin. That didn’t happen either. This failure was compounded by their inability to install a single Democrat in any of three highly coveted governorships in Florida, Georgia, and Ohio. The Ohio loss caused the most gnashing of Democrat teeth because the Republican candidate, Mike DeWine, appeared to be fading in the polls as Election Day approached yet won by a comfortable 4 percent.

What’s the big deal about Ohio? That a conservative Republican — rather than a RINO like John Kasich — will be its governor in 2020 bodes well for the GOP’s chances of retaining the Presidency. With a Republican at the helm and a GOP-controlled legislature, there will be very little Democrat chicanery for President Trump to overcome in his quest for the state’s electoral votes. That matters because no Republican has ever lost Ohio and won the Presidency. Likewise, he will need to win Georgia and Florida, which will be easier with Republicans working to keep the Democrats from sabotaging the election process in those crucial states.

By now, some readers are no doubt thinking, “This guy is just digging through the feces to find a pony beneath the GOP’s loss of the House.” And it’s obviously true that the Democrats will now have a powerful tool with which they will harass President Trump. But history suggests that they will make such asses of themselves that, by 2020, the voters will have had enough. It’s worth remembering that, when the Dems lost control of the House in 1994, they had been in power 40 years. Their next stint, beginning in 2006, lasted only 4 years. And those Democrat losers were paragons of statesmanship compared to the current crop of demagogues.

In the end, the “blue wave” was not particularly impressive by historical standards, and the Democrats are so irresponsible that they will soon squander their gains by devoting all their time to a hyper-partisan jihad against the President. Meanwhile, Trump and the GOP Senate will move forward with their agenda, which is far more in tune with the aspirations of the electorate than the socialist gibberish that increasingly informs the Democrat platform. By 2020, the term “blue wave” will have taken its place next to “hope and change” in the more embarrassing annals of American history. And the Democrats will get the boot once again.