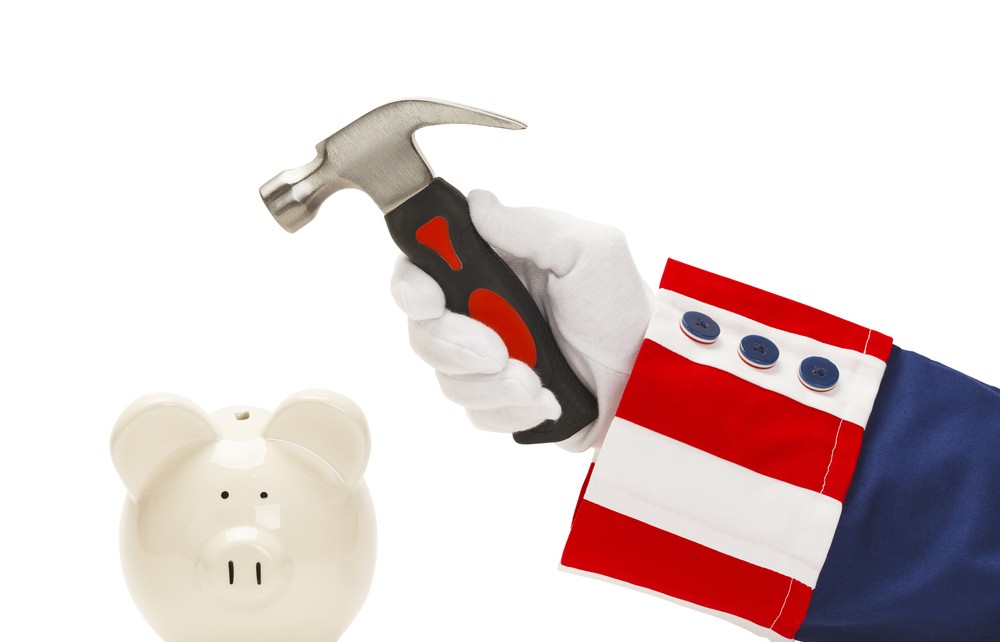 More Politics
Sign Up to receive Our Latest Updates!
Register
Hot Off
The Press
Cultural Depravity
The Transgender Subscription Service
by Emma Peters
Daily Folios and Consecutive Sentences
Why and How Marjorie Taylor Greene Differs From Ilhan Omar
by Dov Fischer
Blog
The Bureaucracy of the American Families Plan
by Emily Burke
Blog
If Biden Won’t Secure the Border, Texas Will
by Caelan Elliott
New Socialists
The Far Left Is Dominating Latin America
by Evan Maguire

I’m always amazed to hear people say that the national debt doesn’t matter because interest rates are low. Yet it’s a common refrain on the left and sometimes on the right. The next step in that line of thinking is that if accumulating debt is so cheap, we shouldn’t think twice about spending more today without offsetting it with additional taxes or spending cuts. That’s wrong.

Debt is the symptom of too much spending. One unfortunate aspect of talking about the problem of accumulating too much debt (as opposed to too much spending) is that it opens the door to arguments that we should raise taxes to pay down the debt. So, let me say this from the start: In my opinion, the only acceptable way to address the debt that results from too much spending is to cut the said spending. It’s not only the right thing to do but also the most effective way to actually reduce the debt-to-GDP ratio, as a large body of academic literature has shown.

Admittedly, it’s true that so far, debt accumulation hasn’t resulted in a debt crisis, despite warnings from people like me that it could happen any minute now. But that doesn’t mean that the crisis will never happen. It may simply take longer for investors to lose trust that the government will repay its loans. I suspect that other nations like France and Germany will face a crisis before we do, yet it’s only a matter of time for us, too.

Now let me discuss some of the most misguided aspects of the argument that low interest rates give legislators an excuse to spend without restraint or tax offsets. The first and most obvious is that spending, and as a result the debt, is already scheduled to grow quickly. Adding more spending to the mix is misguided considering that even if interest rates were to stay low, accumulating debt remains expensive. In fiscal year 2020, Uncle Sam spent $345 billion on interest payments, which is more than we’re spending on the Departments of State, Education, and Homeland Security in fiscal year 2021 combined.

This is just the beginning, assuming no new wars or major recessions or expensive new federal initiatives — and with a minimal increase in interest rates, the Congressional Budget Office estimates that 8.6 percent of GDP, or about $5 trillion, will go toward interest payments in 2051. That will be roughly 27 percent of our fiscal year 2050 budget (up from 8 percent today) and over 40 percent of the federal government’s fiscal year 2050 revenue. At that point, interest payments will be the largest government expenditure by far. This significant growth in interest payments as a portion of the budget will come at the expense of other budget items that people genuinely value.

There’s also the fact that high debt levels slow economic growth. Assuming we never face a full-on debt crisis like the one we have seen play out in Greece, we’ll then face the unfortunate yet increasingly likely scenario of becoming not-much-growth Japan. At least 40 academic studies published since 2010 observe the debt-growth relationship. They find that while threshold levels for advanced economies vary from 70 percent to 100 percent of debt to GDP, the negative effect of large and growing public debt levels does actually have serious negative effects on economic growth.

Finally, let’s remember that today’s spending must be financed eventually by taxes on someone. Those taxes will be economically damaging without successfully reducing our debt levels. In fact, they could even affect lower-income Americans the most if high debt levels bring about a regressive tax such as the value-added tax. In addition to the impact of these new taxes on economic growth, it would be unbelievably unfair to future generations. They haven’t agreed in any way, shape, or form to all this deficit spending, and yet they will be presented with an enormous bill (not to mention slower growth) as a result.

The bottom line is this: Even if you assume that interest rate increases and debt crises are so far off in our future that it doesn’t make much sense to fret about them today, it still doesn’t mean that deficits don’t have a cost to us today. Those costs are real and significant. Prudent leaders should take steps now to make sure their actions don’t cause a debt crisis in the future. Sadly, there are no such leaders in sight today.