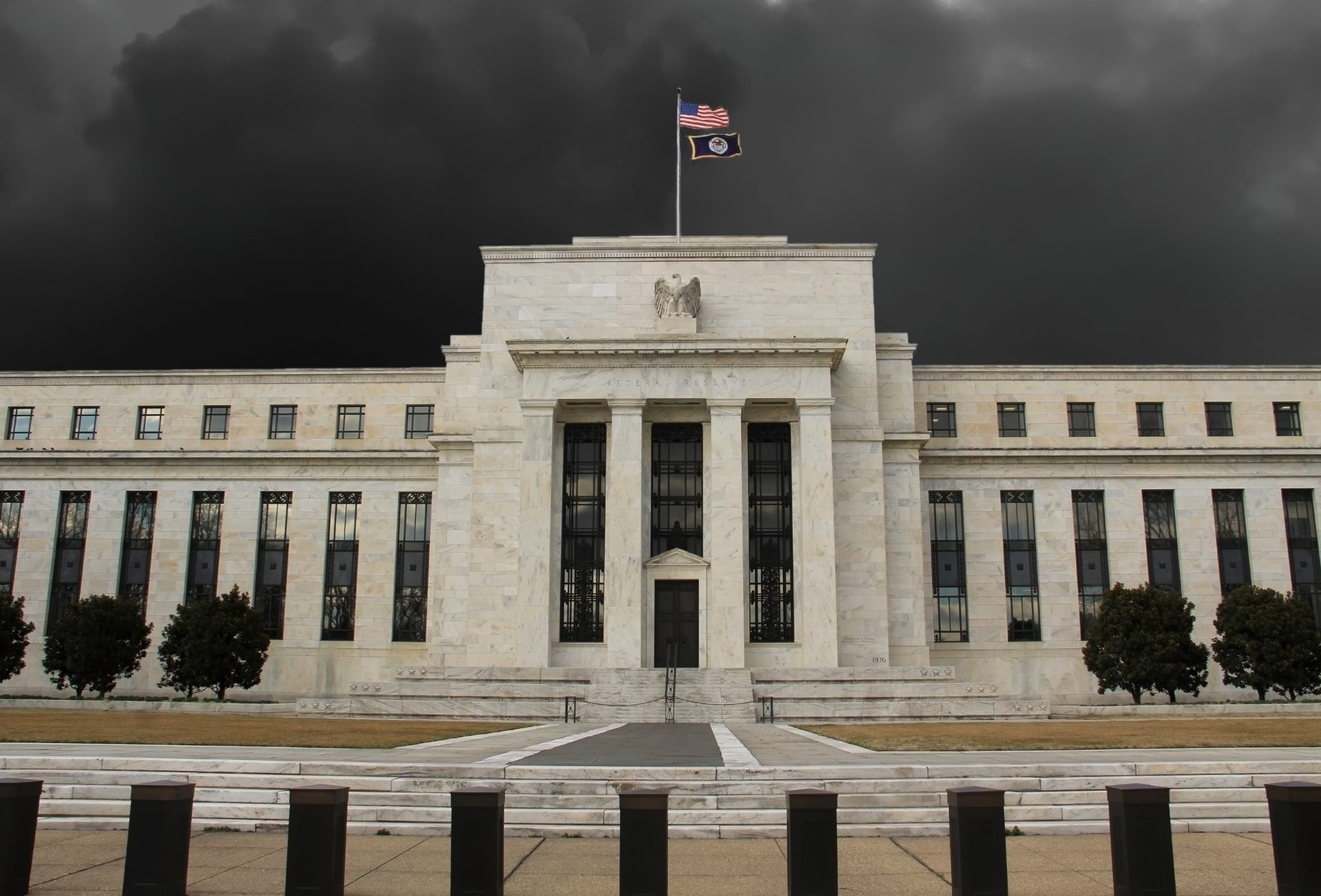 So Joe Biden is now president.

With the stock markets hitting new highs and mortgage rates new lows every other day, what could possibly go wrong?

Multiple trillions in additional government spending to “stimulate” the economy should eliminate any remaining doubts about a vigorous economy for the future, right?

While rejecting Sanders’ pure Modern Monetary Theory (MMT) idea that debt does not matter at all, Biden and his new Treasury secretary appear attracted to a close approximation it.

A new COVID-19 pandemic policy will now be based on sound, expert-devised, “comprehensive” scientific rules for all Americans rather than decentralizing to states and localities, with government welfare for the many who will lose their jobs and businesses from the shutdowns.

The Federal Reserve assures inflation will stay low with rates not increasing until at least 2024, promises continued massive quantitative easing fiscal policy to support new spending, and plans to absorb the new debt created by it — predicting a great economic boom for 2021.

Even Fed skeptics like Brian Wesbury and Robert Stein, while warning that “Every penny of government spending is taxed or borrowed from the private sector” and that future taxpayers will someday have to pay the enormous debt, concede:

For the time being this is manageable. This past fiscal year, net interest on the US federal debt was 1.6% of GDP versus 1.7% in 2019 and about 3.0% in the 1980s and 1990s. Yes, you got that right: in spite of soaring national debt in 2020, as well as a plunge in GDP, the interest burden was smaller as a share of GDP than it was the year before, and roughly half of where it was 30-years ago. As a result, although the yawning budget deficit is not good and not sustainable in the long-term, the US is not Argentina, yet. Just because the doctor tells you the problem with your thyroid isn’t fatal, doesn’t mean you wouldn’t be better off without that problem.

As a candidate Biden had proposed $11.1 trillion in additional spending and tax increases of $5.8 trillion that would increase the national debt to 127 percent of GDP by 2030, well over the current projection of 109 percent. Now, with Democrats in control of the presidency and both houses of Congress, Biden will be under great pressure from his base to support Bernie Sanders’ proposals for up to $40 trillion in new spending. Actually, the new president’s earlier “Biden–Sanders Unity Recommendations” compromise already went very far in that direction.

While rejecting Sanders’ pure Modern Monetary Theory (MMT) idea that debt does not matter at all, Biden and his new Treasury secretary appear attracted to a close approximation of MMT. The old solution had the Federal Reserve manage debt with its range of monetary tools headed by manipulating the funds rate. Today almost every serious economist recognizes that with its current multiple trillions of Treasury debt sitting on its books and other supports for banks, the rate cannot force banks to borrow or sell anymore. Indeed monetary policy did not prevent or solve the crises of the 1970s and 1980s or the 2008 Great Recession, or for that matter the 1930 Depression.

Fiscal policy must play a crucial role in stabilization policy in a world where monetary policy can counteract financial instability but otherwise is largely “pushing on a string” when it comes to accelerating economic growth. The roughly 600 basis point reductions in rates that have been found necessary to counteract recessions will be infeasible for the foreseeable future.

Fiscal policy means government spending. The question is, how can a new administration pay for the funds required with the Fed only able to push on strings? To Furman and Summers, the latter of whom has been a top adviser to Biden in the past, all government policy has to do over time is to raise GDP wealth more than the rise in debt and interest payments:

In a world of unused capacity and very low interest rates and costs of capital, concerns about crowding out of desirable private investment that were warranted a generation ago have much less force today. We argue that debt-to-GDP ratios are a misleading metric of fiscal sustainability that do not reflect the fact that both the present value of GDP has risen and debt service costs have fallen as interest rates have fallen.

The “starting point” for this ambitious plan for government spending is to increase revenue by bringing taxes back up to the pre-2017 Trump cuts, to seriously reform Social Security and Medicare, to make other permanent programs fully paid for (although defining “temporary” broadly), to keep interest rates near 1 percent and inflation low, to raise temporary debt only for programs that pay for themselves (based “on reasonable assumptions”), and to increase economic growth “above 2 percent of GDP over the forthcoming decade” by funding projects productive enough to support it.

Good luck. One can only respond with the old adage, “If wishes were horses, beggars would ride.” Fully funded entitlements and only funding projects that grow GNP is some assumption, as are all the others. Yet it was favorably received at a Brookings Conference called “Advice for Joe Biden and Congress.” No one seemed concerned that even if all this all works as planned the authors admit their own “current projections do raise concerns over the fiscal situation beyond 2030.” What happens after 2030 even if the rest of the miracle does take place? Worse, what if the government investments are not profitable and do not raise GDP?

Summers and Furman even assume too much in expecting that Fed monetary policy “can counteract financial instability.” At its beginning, the Fed regulated traditional depositor-and-loans banking that then dominated the lending economy. Today that traditional banking represents merely 15 percent of investment, with the rest performed by what Andy Kessler labels a “mysterious-sounding shadow banking system” based on securities and other credit products, including repurchase agreements — the repo market — that is not under direct Fed control.

Kessler explains, “In repo, broker-dealers, hedge funds and banks construct short-term transactions. You put up collateral — Treasury bills or sometimes less-pristine instruments — with an agreement to buy them back the next day or week for slightly more, and invest the proceeds in the interim.” Lenders can then “re-pledge the collateral to other lenders and take out repo loans of their own,” creating a cycle “a little bit like hot potato, passing the collateral to the next guy.” This is sometimes “done six to eight times, each time creating new money supply,” representing actual “modern money creation — outside the purview of the Federal Reserve — and it’s huge.” He continues,

When times are good, repos work fine: The agreements expire without problems and the collateral gets passed back down the chain smoothly. But eventually, iffy collateral sneaks into the system. That’s also fine, until markets hit an inevitable rough patch, like, say, March 2020. No one will take the junky stuff anymore, and everyone scrambles for good collateral. So there’s a mad dash, a brawl really, to buy Treasuries — like musical chairs with six to eight buyers eagerly eyeing one chair.

What is “good collateral” in a post-gold-standard world? Government-backed Treasuries, of course. Last March the government was $24 trillion in debt when the interest rate in one-month Treasuries fell to 0.00 percent. But no one could purchase good-collateral Treasuries since the Fed had bought them all up leading to a 22-day drop in the Dow. The Cares Act stimulus money did not help either, as it was “spent on payroll protection, bailouts, unemployment bonuses, and $1,200 checks.” To fund the Cares Act, the Treasury Department had to issue $2 trillion more debt, which, by accident rather than design, was grabbed up by the repos as collateral to provide the stability needed to support the musical chairs for another round of borrowing and investing.

After that recovery, debt then seemed the solution not only for collateral but also for more Treasury and Fed debt to support additional government spending to revive the economy — suggesting that MMT and Summers were right that the answer to it all is more debt. Kessler is skeptical. In fact, the Fed needs to “stop gobbling up Treasuries, the good collateral the global economy needs to function.” And, he says, if the Treasuries are re-pledged multiple times to produce the excess money supply, that process would increase interest rates and undermine the cheap borrowing that is the basic assumption of the debt-does-not-matter hypothesis. But Fed Reserve chair Jerome Powell has already recommended more spending and reliance on fiscal policy, so it will happen.

Former Senate Finance Chairman Phil Gramm and U.S. Policy Metrics partner Mike Solon are skeptical, too. With President Biden promising that the present stimulus will “only be a down payment,” “just the beginning,” it is clear America is headed into a program of permanent stimulus. They conclude that “With Treasury debt already set to reach 108% of GDP, and Fed assets to finance that debt already 7.8 times the pre-crisis level in 2008, it isn’t a question of if government is going to run out of other people’s money, but when.”

Do not count on Republicans to save the day. As GOP Sen. Rand Paul commented concerning the year-end spending bill in the closing days of the Trump administration, many of the Republicans who criticize Democrats for the idea that deficits don’t matter “will vote for a bill that makes Modern Monetary Theory look like child’s play.”

As Wesbury and Stein warn, while unlimited debt and printing money to finance it can work for a while, it is “delusional” over the long run. But the new administration and its supporting media are determined to push spending to the limit, and “no one can stop them.”

As we celebrate the 112th anniversary of progressives yielding the Fed control over the market economy, and the centennial of the Budget and Accounting Act of 1921 first granting bureaucratic experts the authority to manage a comprehensive welfare state, President Biden will give centralized government planning one more try.

My prediction is that Biden’s control of executive and legislative branches will produce a short economic boom in 2021, followed by a big bust in 2022 that takes down the whole progressive edifice with it.

As one contemplates the consequences of substituting debt and Fed manipulation of the economy for sound money and the market’s more efficient allocation of resources, it might be relevant to note that Bloomberg News ended 2020 with the headline “Gold Caps Its Best Year in a Decade With the Dollar on the Ropes.”