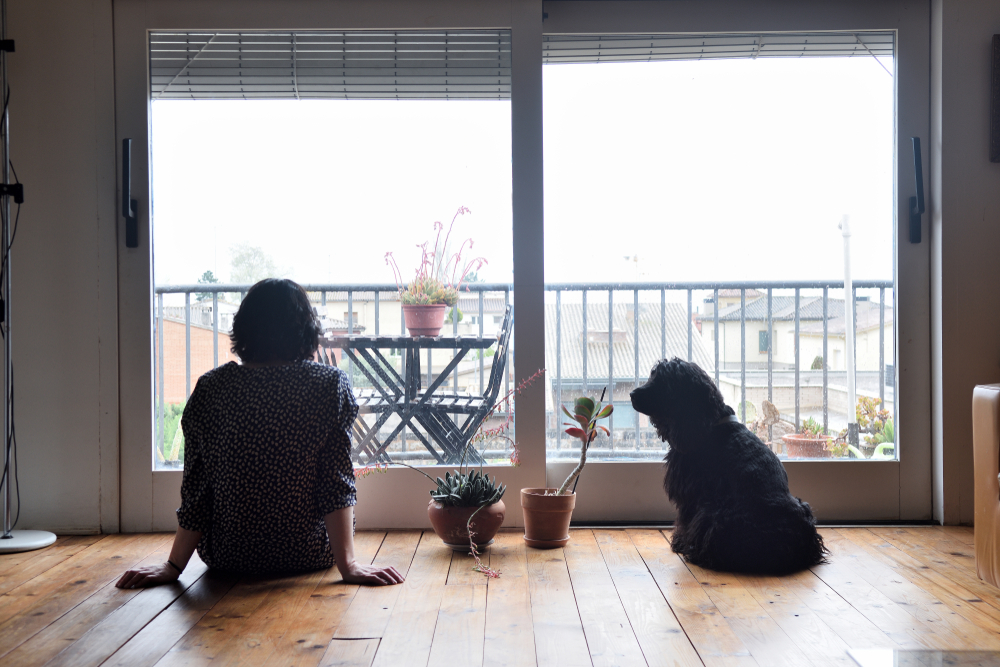 You probably saw this earlier in the week. It’s a breakdown of polling results on Joe Biden’s approval rating by sex and education:

It’s been notable for some time that the college-educated female demographic group is the strongest the Democrat Party has going for it; this was attributed, since 2016, to the rise of Donald Trump as the leading figure in the Republican Party.

But there’s more to it than that. A lot more. And the fact that college-educated women seem to be hardening their position in favor of Democrats while everyone else is rapidly abandoning the “D” label makes this clear.

This isn’t a political phenomenon. It’s a cultural phenomenon. This is about tastes, attitudes, and psychology. And it’s about what might be a very bleak future for a lot of Americans.

The thing to understand is that we’re not talking about all college-educated women here. In the 2020 election, there was a 38-point gap between married women and single women; Donald Trump got 55 percent of the wives but lost the singles to Biden by an astonishing 25 points.

There is no reason to believe that married women who voted for Trump in landslide numbers two years ago like Biden any better now than they did then.

So if college-educated women are D+38, and you back out the half of them who are married and therefore essentially R+10 or at least split down the middle, what you get is a subset of the population which is college-educated, single, and politically radicalized to the Left.

You met them in January 2017 in Washington, D.C. They had pink hats on and screamed at the sky. Both anecdotal and statistical data confirm it.

This cohort appears to be growing, and becoming more passionate. Those of our readers who happen to be single men unfortunate enough to visit dating apps will be familiar with them. “Trumpers, swipe left” is a common identifier. So are various left-wing tropes making their way into the dating profiles of America’s woke women.

The Democrat Party now calibrates all of its moves in an attempt to hold them. Remember the “Life of Julia,” the Obama 2012 campaign’s cartoon/infographic sub-campaign detailing all the cradle-to-grave government intervention benefiting a leftist urban female? Observers then noted the distinct lack of any reference to a man in Julia’s life, even when she was shown with a child — the obvious implication being that she was married to the state. That progressed to a female-dominated policy agenda in Obama’s second term, which, in effect, sought to cement that marriage.

It included, for example, the establishment of unconstitutional kangaroo courts for sexual assault allegations on college campuses. To be sure, many of those allegations, vetted in real courts of law, would have resulted in criminal convictions. But men accused of rape after nights of blackout debauchery, in which neither the male nor female participants in a one-night stand could even recall with any specificity what might have happened, saw their futures vanish in Spanish Inquisition–style tribunals, as crackpot studies and journalistic malfeasance created a national panic over campus sexual assault.

Men have been staying away from college ever since, and while one of the recognized benefits of higher education for women had been that college was a great place to find a husband, that’s less and less true when some 60 percent of college attendance is female.

Then there was the marriage penalty in Obamacare.

There was the all-out promotion of homosexuality, the increasing prominence of Planned Parenthood, which caters almost exclusively to miserable women, at the forefront of Democrat politics, the promotion of intersectional feminists like Sonia Sotomayor, and the focus on painting women across America as victimized by men. It was during Obama’s second term that the unceasing, and bizarre, claim that women only make 70 percent of what men do was mass-produced and disseminated across the land.

The American family is in crisis, because so many women are now effectively married to the state, leaving so many men out of the equation altogether. And with colleges responding to their increasingly female clientele by pushing students into less-practical and more touchy-feely subjects — which have the effect, as our readers know, of creating mountains of student debt unlikely to be easily paid off by jobs those majors give access to — too many college graduates leave campus loaded up with indoctrinated grievances against “the patriarchy” and “privilege” of Western civilization.

Here’s a tweet you may have seen that contains some amazing information you probably already know:

One of my favourite charts explains the phenomenon quite well. pic.twitter.com/JESUD31BLN

And then there is the other element, which is whether many of these women will ever be able to marry.

Many don’t want to, for various reasons. But so many of those who do are faced with a brutal reality, which is that their expectations are completely out of step with the reality of American life. And this matters, because in today’s America married people are happier than single people.

This is disastrous because men/women who are married with children are markedly more likely to be flourishing today. Data, for instance, from American Family Survey: pic.twitter.com/PqZomNhLUj

I can lead you down a path that will dominate your time like an addiction. Once you begin watching the YouTube videos of Rich Cooper and Kevin Samuels, two dating and relationship coaches who focus mainly on men and how they can navigate the minefield that is modern single life, you’ll have a hard time quitting.

Samuels is black, and most of his livestream shows and podcasts deal with the black community. But the points he makes are universal, and so many interactions he has with single women looking to inform him that there are no good guys out there result in discussions like this one:

Samuels says all the time that only one-quarter of black women are married, and he points out that this means most black women will die alone waiting for the high-value man they’ve been told will come and sweep them off their feet because they’ve got a college degree and a job. He notes that the high-value men they want aren’t interested in an “independent” woman, because she’s expressly not a wife.

When he says this to the women who call in, the reaction is usually one of denial — and often anger.

And Cooper, whose videos are as insightful as they are controversial, actually did a show on that staggering number of women having mental health issues:

Both YouTubers, who have gigantic audiences — Samuels has an astounding 1.4 million YouTube subscribers, while Cooper has 177,000 — commonly caution men against getting mixed up in relationships with women who show the traits developed in Women’s Studies and other similar college curricula. Cooper’s book The Unplugged Alpha specifically cites feminism as a “red flag” to be avoided by men at all costs:

Feminists hate it when the State imposes limits on abortion and tries to force them to be mothers. However, they more than
happily use State family law to force men to be fathers.

A feminist will never appreciate you or value you as a man.

Feminism teaches women to be victims, and anyone with a victim mindset can’t find happiness.

Today’s version of feminism is so toxic that it is anti-femininity. It encourages women to hate men, while simultaneously encouraging them to behave like men, and that they should ditch the notion of motherhood to prioritize their careers.

Inevitably, this disconnect is creating a gender gap that can’t be bridged. Single men increasingly lean Republican, while single women are leaning hard to the left. And as marriage declines and political polarization swells, the opportunities for happy relationships disintegrate. In a terrific piece by Joy Pullman at the Federalist this week that covered many of the data points in this column, this point is made about the institutional component creating the problem:

At the same time colleges have become essentially academically worthless, if not toxic, they have become saturated with women, and have increasingly marketed and reorganized themselves in feminine terms. The feminization of our culture led by this academic dominance has fueled popular and pervasive messages of cruel and unrestrained female domination of men, rather than the loving cooperation with men that marriage and family encourage. “The End of Men.” “Anything boys can do, girls can do better.” “Girlboss.” “Lean In.”

Cant like this has been engrained into many women’s very identities today, and purposely, by our deeply feminized education and cultural institutions. By contrast, overfeminization is, naturally, inherently unattractive to most men….

And if college-educated women admit they were wrong about Trump and Biden in 2020, where does it stop? Once “fierce women” admit they could be wrong about something so big as their selection of the president of the formerly free world, that opens the door for being wrong about other big things that contradict their conception of always being right to follow their feelings.

Those could include questions like: Does feminism make women unhappy? What about less marriageable?

This is one of those situations where politics and culture have much to say about each other. What the Left has done to American women has made both sexes less happy, but, as the old joke goes, it’s women and minorities most affected.