Another Perspective Jeffrey Epstein,Netflix,Norway,Queen Elizabeth II Curtain Call? - The American Spectator | USA News and Politics
Menu
Another Perspective
Curtain Call?
Is it time to shut down the royal houses of Europe?
by Bruce Bawer
The Prince of Wales and Duchess of Cornwall during the royal visit in New Zealand in November 2019 (Office of the Governor-General/Wikimedia Commons) 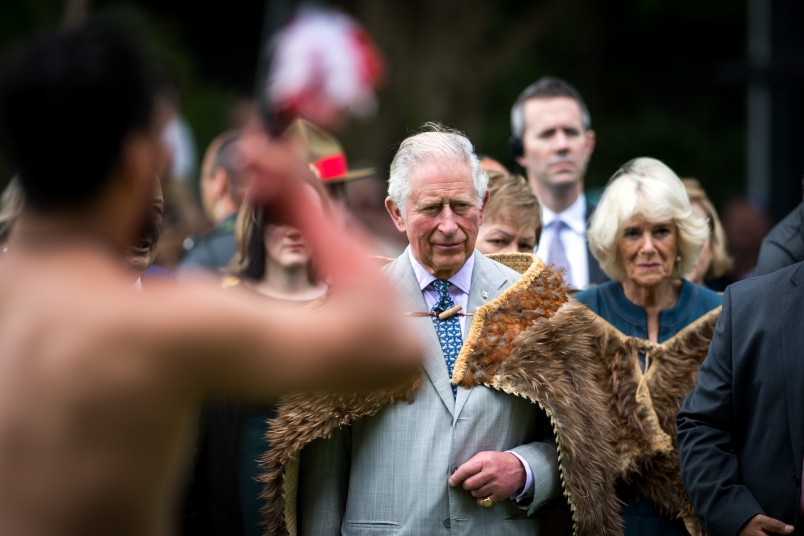 Queen Elizabeth II is the head of state of the United Kingdom and 14 other sovereign nations, but not for long. I’m not referring to her mortality, an attribute that she shares with all of us except for Cher and Keith Richards, but to the fact that six of her realms — namely, Belize, the Bahamas, Jamaica, Grenada, Antigua and Barbuda, and St. Kitts and Nevis — are on the verge of giving the old dame the heave-ho. Barbados already did so last November, and, when Buckingham Palace got wind of the fact that some of the queen’s other monarchies were threatening to follow suit — motivated, at least in part, by the current worldwide tendency to act as if British slavery and colonialism ended just last Tuesday — Liz’s grandson William and her third son, Edward, put on all their shiniest medals and took their clotheshorse wives on tours of the Caribbean in an effort to win back the peasants. Somehow, this effort backfired.

This story comes just a month after reports that Charles personally “accepted a suitcase containing a million euros in cash from a former Qatari prime minister.”

Perhaps it’s best for these folks to take a hint and bow to the inevitable. Certainly, it must have crossed the queen’s mind more than a few times during the last several years that maybe the Fates are telling her to hang it up. It was bad enough that her son Andrew turned out to be a crony and frequent house (and island) guest of Jeffrey Epstein — and, in the notorious BBC interview in which he denied having had sexual congress with members of Epstein’s underage harem, proved to be dumb as a box of rocks, marshaling in his defense the claim that he doesn’t sweat (or “didn’t sweat at that time”) and attributing his chumminess with Epstein to his own “tendency to be too honorable.”

Then there was grandson Harry’s hijacking by his enterprising spouse, which led, first, to that mendacious Oprah interview in which he threw his whole family under the bus and, more recently, to Harry’s appearance before the U.N. General Assembly, where, breaching the time-honored (and constitutionally entrenched) rule that has kept his grand-mum mum about anything and everything of real international significance, he dared to take a jab at the country where he and his shrew have chosen to settle by deploring “the rolling back of constitutional rights here in the United States” — by which he presumably meant not the Left’s aggressive assaults on the First and Second Amendments but the Supreme Court’s overturning of Roe v. Wade, a subject about which Harry, of course, knows zilch.

(And speaking of Harry, last Thursday it was reported that his and Meghan’s $25 million Netflix deal is in danger because they haven’t coughed up anything in the way of what these days is called “content.”)

And what about his dad, the heir to the throne? Forget about Charles’ devotion to homeopathy and his alarming fascination with Islam. Last Sunday came news that may well put all his previous scandals in the shade: In 2013, on behalf of the Prince of Wales’s Charitable Fund (PWCF), he accepted a million pounds from two of Osama bin Laden’s half brothers, Bakr and Shafiq. According to BBC, he “took the money despite objections from advisers at Clarence House and PWCF.” (Imagine not being able to resist bin Laden money when your family already owns Buckingham Palace, Windsor Castle, and a long list of other tax-free possessions.) Now, royal officials are reassuring the media that Charles’s bin Laden deal was entirely on the up-and-up. This story comes just a month after reports that Charles personally “accepted a suitcase containing a million euros in cash from a former Qatari prime minister.”

Does any sane Brit really want this man to become king? I’m asking this, mind you, as an innately anti-monarchist American citizen who, having lived for years in a couple of European kingdoms that have come increasingly under the sway of Islam, recognizes that there are plenty of worse prospects for this corner of the world than a constitutional monarchy. In fact, when I lived in the Netherlands, I went through a brief period of quasi-infatuation with that country’s then-queen, Beatrix, who had a down-to-earth image and a charming Mary Tyler Moore smile. (Not till after I left the country did I learn that Beatrix’s husband, Claus, had been in the Hitler Youth and the Wehrmacht and that Beatrix herself, who abdicated nine years ago, is one of the richest women in Europe.)

But some of the latest developments do make one wonder whether it’s time for the royals to hang it up.

And I’m not just talking about the Brits — or the Dutch. A few weeks ago, I wrote about Norway’s Princess Märtha Louise and her longtime boyfriend and newly minted fiancé, Durek Verrett, a self-styled shaman from southern California. On Sunday, the same day we learned about Charles’ bin Laden windfall, the Norwegian newspaper VG quoted a government health official, Ole Henrik Krat Bjørkholt, as saying that Durek’s latest stunt was “immoral and reprehensible.” The stunt in question: Durek, as reported last week, was infected by the coronavirus during a recent visit to Norway, and afterwards posted on Instagram that he’d turned down “chemicals” (medical treatment) for it and had instead been cured by his “Spirit Optimizer,” a “special medallion” that he sells on his website for over $200. Bjørkholt called Durek “an unscrupulous and dangerous charlatan.”

For more information, I poked around Durek’s Instagram page, where on July 15 he proclaimed:

I am super excited that the light bringer is with us now! This powerful Spirit Optimizer is not only an alchemiser but it purifies your energy, allowing you to clear up energetic karma built up in unfinished business you have created in this life and in your other lifetimes. The White S.O increasers your light and brings the power of light into your body for your highest level of ascension by aligning and tuning you to higher frequencies so that when you are making choices and decisions in your life you are making them for the highest purpose, bringing you to the highest level of clarity. Not only that, but this S.O is so powerful that it amplifies the energy of your other SO’s!

Yep, he’s a charlatan, but boy, you gotta hand it to the son of a gun. From Charles to Andrew to Harry and so on down the line, they’re all out to exploit their royal roles in exchange for some hefty payoff or other: money, sex, prestige, whatever. But they’re not at all straightforward about it because they’re desperate to preserve whatever they currently retain in the way of respectability. Andrew kept his trips to Pedophile Island under the media radar for years; Charles, as we now know, collects Saudi cash in suitcases. And of course Harry is raking it in from Netflix and elsewhere, all the while pretending to be some high-minded oracle who’s speaking truth to power.

By comparison, Durek’s shameless, bald-faced huckstership is almost refreshing. Nonetheless, it doesn’t keep one from feeling that the whole royalty thing may just possibly have outlived its sell-by date and that Britain, Norway, and the other storied kingdoms of Europe should follow the example of Barbados and the queen’s other Caribbean satrapies. Indeed, in at least one or two cases, it’s hard not to ponder with some degree of fondness the punishment meted out in 1918 to the Romanovs.

Image: This file is licensed under the Creative Commons Attribution 4.0 International license.