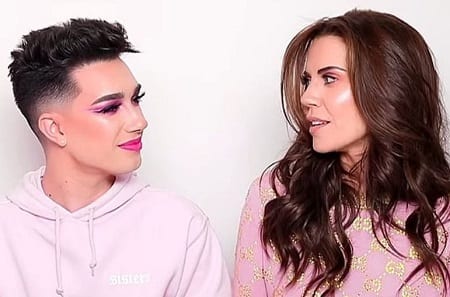 What does a gay teenage beauty guru have to do with “Russian collusion”? More than you might think, and the scandal that has wrecked the reputation of YouTube celebrity James Charles tells us a lot about how the 21st-century media environment creates echo chambers that give rise to a cult mentality. In a world where all the information in the world seems to be just a click away, many people are drawn to obscure niches where their preferences are indulged and their biases are never challenged. We live in an age when an androgynous 19-year-old can become a multimillionaire by uploading video makeup tutorials to the Internet, building an audience larger than all three major cable-news networks combined. And within that celebrity bubble, James Charles was as sheltered from reality as any CNN viewer dismayed to learn that the Mueller investigation found no evidence that President Trump is a Kremlin puppet.

Many readers must be asking, who is James Charles? You’re an adult with a busy life — bills to pay, a lawn to mow, dogs to walk, etc. — and therefore you’ve never heard of this person. Ask your teenage daughter, however, and she’ll almost certainly be able to tell you that James Charles Dickinson (to use his full name) is the most popular makeup artist in the world. He was just a high-school student in upstate New York when he began uploading videos to YouTube in 2015 and, by the time he was 17, had landed a contract with the Cover Girl makeup brand as their first-ever “male ambassador,” as Dickinson gushed on Instagram when the announcement was made in October 2016. The idea of promoting an openly homosexual minor as the “face” of their product must have seemed clever to the Cover Girl executives. The Supreme Court had declared same-sex marriage the law of the land in 2015, the same year Bruce Jenner declared himself to be a woman named “Caitlyn,” and Hillary Clinton was obviously on her way to becoming the first female president of the United States and… Oh, wait a minute. Perhaps not.

Inside the bubble where fashion-industry executives operate, hiring an underage gay boy to promote cosmetics made perfect sense, in quite the same way it made perfect sense to Clinton campaign staffers and every mainstream pundit that Hillary was on “the right side of history,” destined to capture the White House. Among the strangest effects of the emergence of social media is the way it creates these cul-de-sacs of hive-mind thinking in which bizarre beliefs are considered plausible. Hillary’s campaign was staffed by sycophants who shared her contempt for all those “deplorables” who didn’t agree with their progressive agenda, and so why even bother going to Wisconsin? Who cares about a bunch of “irredeemable” yokels in the Midwest when you’ve got history on your side? Similarly, in the New York offices of a gigantic cosmetics company, anyone who thought it odd to make James Charles a “brand ambassador” was likely to be dismissed as an ignorant bigot, a homophobe whose opinions deserved nothing but contempt. After all, didn’t all the blue-check celebrities on Twitter and Instagram applaud Cover Girl’s decision to hire this flamboyantly gay teenager? What could possibly go wrong? Quite a lot, as it turned out.

Being showered with fame and fortune before his June 2017 graduation from Bethlehem Central High School seems to have given James Charles the idea that he could do no wrong, and he is now accused of some serious wrongdoing. Evidently, young Mr. Dickinson has a habit of making unwanted sexual advances on heterosexual men and expecting them to be flattered by his attention. According to several accounts circulated online, James was notorious as a “bully” and a “predator” in high school, where he allegedly “catfished” members of the soccer team, using a fake female internet persona to solicit explicit photos of boys he liked. Shockingly, in a video recorded a year ago, two of his gay friends, Shane Dawson and Ryland Adams, warned James against pursuing straight men. “You have to be able to find a masculine gay guy,” Adams said, to which James replied: “I mean, there’s a million of them, but there’s no challenge in that.”

To a teenage celebrity with a reported net worth of nearly $10 million, surrounded by LGBT-friendly admirers, this attitude may have seemed acceptable. No one in the fashion universe wants to seem homophobic, after all, and James Charles had the uncritical support of influential people. Just last month, YouTube CEO Susan Wojcicki met with him for “a lovely conversation,” and with more than 16 million subscribers on his video channel, James Charles had an audience 20 times larger than the 805,000 viewers who watched CNN during prime time last week. This is why his scandal is relevant to the “Russian collusion” narrative that CNN flogged so relentlessly during the two years of the Mueller investigation. Despite having the smallest audience of the three cable-news networks, the producers and on-air personalities at CNN think of themselves as being extremely important — more important than James Charles, who was vastly more popular than CNN anchors like Anderson Cooper and Don Lemon. Within the CNN bubble, everyone shares their anti-Trump worldview, believing the President of the United States to be a dangerous extremist, a secret puppet of Vladimir Putin, with whom he conspired to steal the election from Hillary Clinton. This counter-factual belief is, to the CNN cultists, like Charles Manson’s hippie followers thinking they were getting coded messages from Beatles albums. Instead of going out to stab people in a deranged “Helter Skelter” fantasy, however, CNN is encouraging Democrats to impeach the president. Crazy? Yes, but inside a cult, the craziest ideas can be made to seem plausible because of the echo-chamber effect that excludes dissent.

The emergence of online social media in the 21st century has made this kind of cult thinking easier. While the internet has the power to bring people together, it also has the power to divide us up into tribes and subcultures. Now that billions of people are logged on, you can attract an audience of millions for almost anything. It’s simple math, really. If the total online audience is 1 billion, all you need is one-tenth of a single percent (0.1%) to get a million viewers. Whether your interest is transgenderism or tuna fishing, this makes it easy to surround yourself with people who share your enthusiasm. The creation of niche communities online makes it possible for kooks and weirdos to imagine that their fringe beliefs are popular.

This helps explain why James Charles could think nothing was wrong with his habit of pressuring straight guys to have sex with him. Perhaps he never would have been called out on it, except that he endorsed a brand that was a competitor of his friend and fellow fashion blogger Tati Westbrook. She felt betrayed by James and decided to go public about his lecherous behavior, publishing a video that went viral and triggered a massive meltdown of his popularity. This past Saturday, James Charles claimed the distinction of becoming the first YouTuber to lose more than a million subscribers in a single day. Overall, he has lost more than 3 million subscribers in the past week, a decline that appears irreversible.

Like the Hollywood #MeToo meltdown that destroyed the careers of producer Harvey Weinstein and others, what happened to James Charles shows what happens when the echo-chamber effect of a cult mentality is suddenly shattered. For decades, Weinstein and other celebrity big-shots engaged in sleazy behavior that was considered standard operating procedure by many in the show-business world. Powerful producers soliciting sexual favors from young actresses? That was routine in Hollywood and, as the Kevin Spacey scandal showed, gay celebrities engaged in similarly predatory behavior. The habits of such men were an open secret within the industry; “everybody knew” about Weinstein, we were told, once the echo-chamber was shattered by the #MeToo movement. And it appears that “everybody knew” about James Charles, but no one within the fashion-industry cult went public with this knowledge until Tati Westbrook felt betrayed.

What about the “Russian collusion” echo chamber at CNN and other liberal media organizations? For two years now, viewers of Fox News have known about how the so-called Steele dossier was used by Obama administration officials to gain authority to spy on the Trump campaign. But the details of this apparent conspiracy against the Republican president are practically unknown to the audience at CNN and MSNBC, who have been endlessly catechized with the anti-Trump cult dogma about “collusion.” Democrats in Congress, and in the field of 20 or so candidates vying for next year’s Democratic presidential nomination, cannot admit the truth about all this, because their party’s base is fanatically committed to believing Trump must be guilty of some kind of “high crimes and misdemeanors.” However, to the rest of America, including the 62.9 million who voted for Trump, the collusion-obsessed Democrats look as crazy as James Charles boasting on video about the “challenge” of seducing heterosexual men.

It’s unlikely anyone at CNN will read this column. They’re hunkered down inside their cult bunker, telling each other how important and relevant they are. Even after his meltdown, however, James Charles still has a YouTube audience (13.4 million subscribers) many times larger than CNN’s viewership, as their echo-chamber grows smaller every day. Perhaps the president, who knows a thing or two about surviving scandals, could offer James Charles some advice on recovering from his mistakes. For the cult crazies at CNN, however, there appears to be no hope at all.