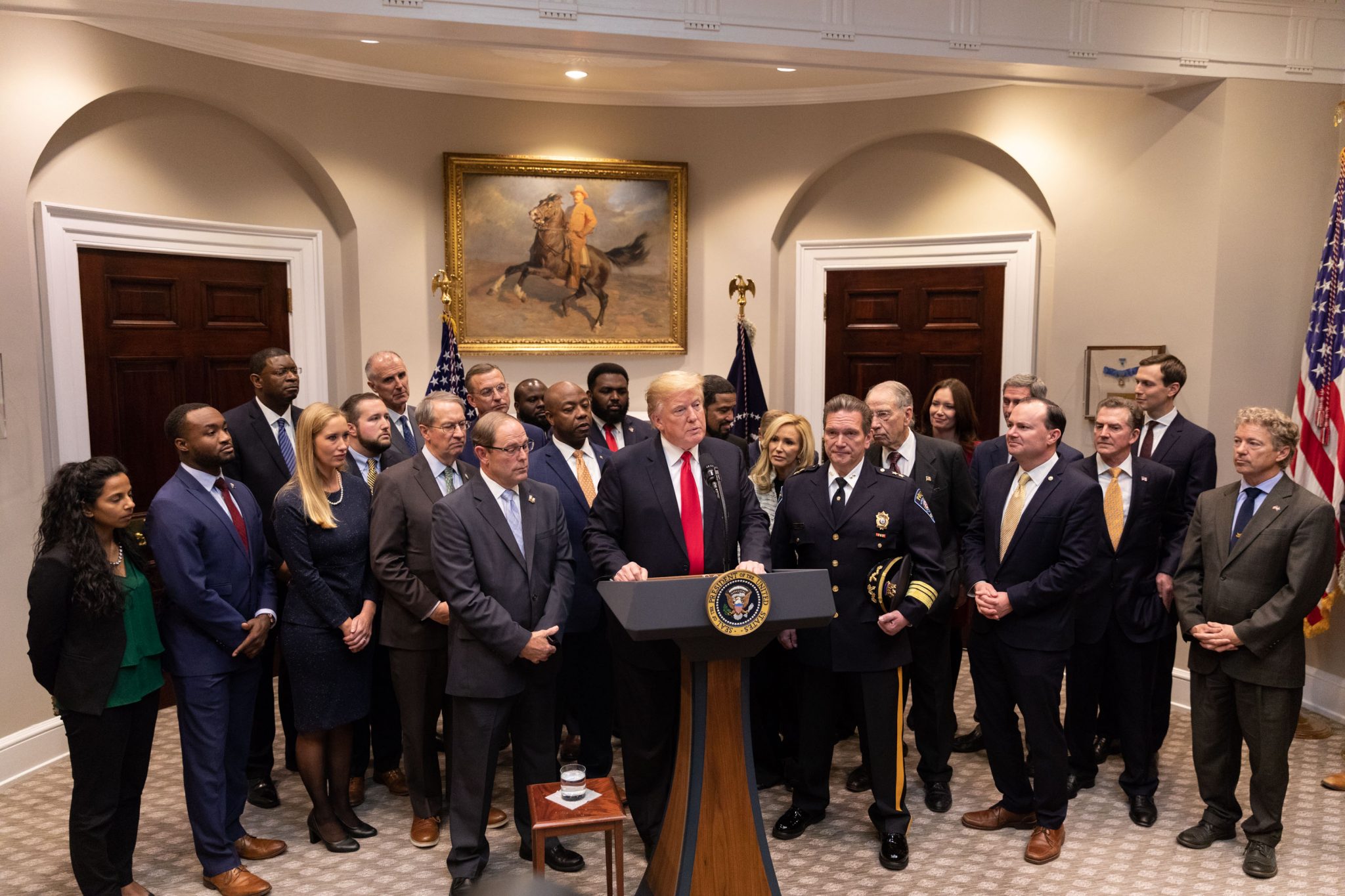 In a campaign largely devoid of substantive policy, one issue emerged that attracted politicians on both sides of the aisle: criminal justice reform. For the GOP in particular, this was a stark departure from the past, and it was an important factor in the presidential race.

It is no secret that “tough on crime” Republicans have alienated people of color by appearing unwilling to address overincarceration and the destruction it brings to families and urban communities. For their part, Democrats have turned off moderate voters by prioritizing the need for reform over public safety. Donald Trump took a page out of both playbooks and wove together themes of safety and reform.

The president was able to talk about the blind spots in our justice system while reassuring voters about crime and violence. Smart politicians will take the same approach. If they can find the right balance between safety and justice, they can have it all: broadening their appeal without alienating their base voters. This was Trump’s reasoning in pursuing the First Step Act early in his presidency.

The First Step Act (FSA) was one of administration’s signature achievements. FSA pared back some of the harsh sentencing provisions from the 1990s that drove up costs but failed to provide a corresponding public safety benefit. These same provisions disproportionately impacted people of color. FSA also aimed to improve rehabilitation so that offenders can lead productive, crime-free lives after they paid their debts to society. The logic behind FSA was simple: policies to change behavior and offer a pathway to economic success through education and training help keep ex-offenders on the straight and narrow. Since 97 percent of all incarcerated people will get home eventually; helping prisoners improve themselves while incarcerated makes neighborhoods safer when they go home.

Getting Congress to approve this bill, however, was an exercise in needle-threading. Some Republicans believed it went too far, while many Democrats thought it failed to go far enough. Despite peevish political squabbles, the administration’s team was able to get FSA to the president’s desk. Today, more than 10,000 individuals, many of whom are African American, have been released from federal prison because of the First Step Act. Stories of each release went viral on social media, and the Black community took notice.

After George Floyd’s tragic death, riots, looting, and violence regularly led the evening news. Realizing Americans of all races were growing increasingly concerned about crime in their communities, the president began talking about the importance of law and order on the campaign trail. He flatly rejected calls to “defund the police.” And he visited Kenosha, Wisconsin, after riots nearly destroyed its downtown.

These simple steps reassured voters who were concerned about safety, and the effort paid off on Election Day. In 2016, the president eked out a 238-vote win in Kenosha County. In 2020, he won there by 2,779 votes, a more than 11-fold increase. Similar dynamics played out in communities across the country.

But Trump was also rewarded by communities of color for embracing justice reform and passing the First Step Act. Exit polls indicate he received one-third of the votes of Black men in the crucial Midwest states. Nationwide, Trump received 18 percent of their support, an increase of 5 points over 2016.

The lesson here is simple. Voters understand that our justice system is imperfect and needs reform. They also want to be safe from crime. These are not necessarily contradictory ideas. But if reforms come at the expense of public safety, political support evaporates. (Indeed, this exact dynamic played out in California, where voters just rejected a bail reform ballot measure after seeing how New York’s bail reform experiment worked out.)

Advocacy groups figured this out long ago. Conservatives and liberals regularly work together on public policies to improve the lives of those impacted by the justice system and cut incarceration rates. But we have done so not by abandoning public safety as a goal, but rather by prioritizing it.

As we assess the impact of the 2020 elections, let’s not lose sight of this one area of policy where trust, bipartisanship, and moderation have triumphed. With thoughts soon turning to the midterm elections, and yes, even the 2024 presidential campaign, smart candidates will embrace Trump’s approach on criminal justice reform. The key will be finding the right balance between justice and mercy, safety and freedom, and accountability and forgiveness.

David Safavian is the General Counsel of the American Conservative Union and the Director of the ACU Foundation’s Nolan Center for Justice.