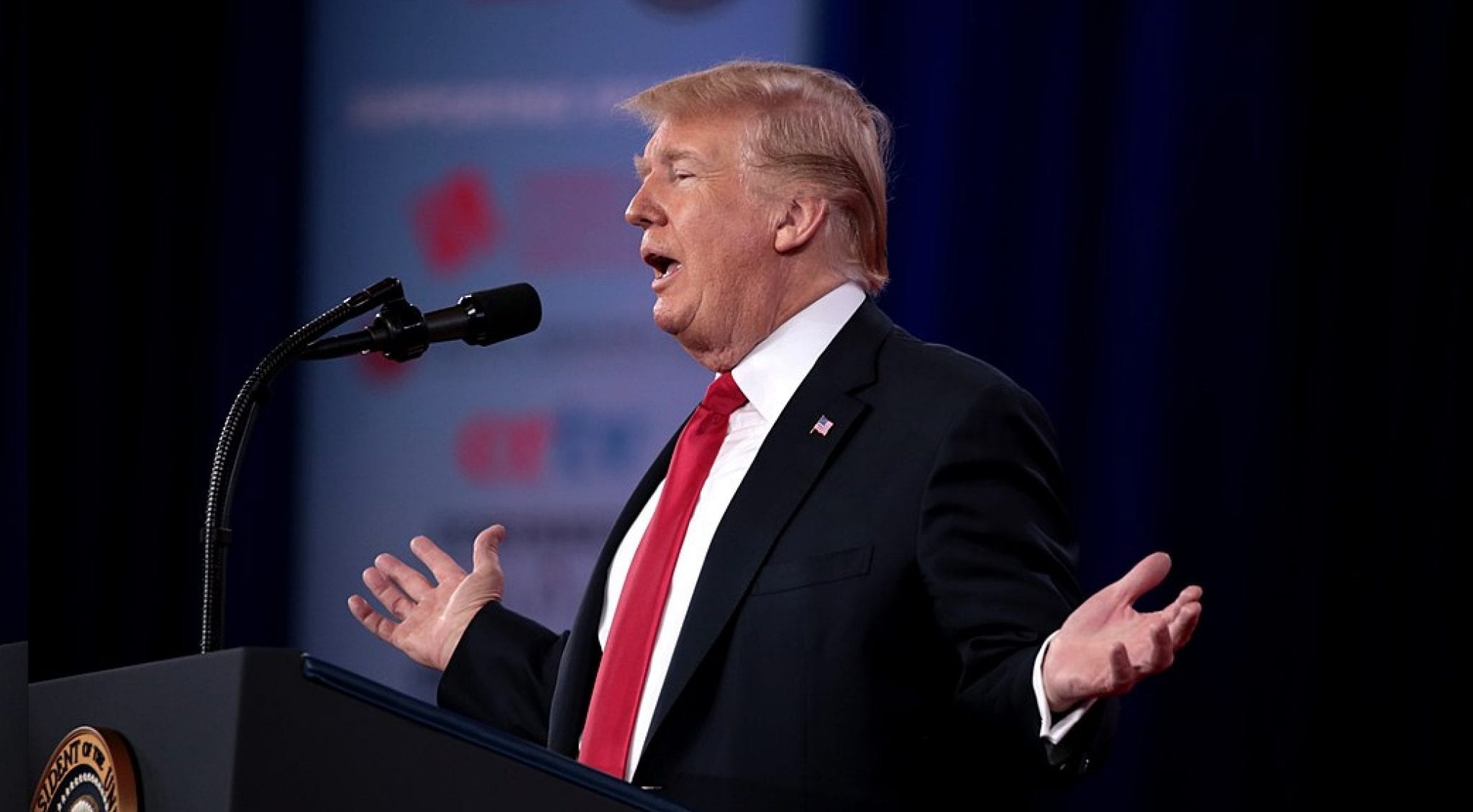 President Trump and Vice President Mike Pence have both been announced as speakers at this week’s 46th annual Conservative Political Action Conference (CPAC), but I don’t expect to be inside the Gaylord Hotel’s Potomac Ballroom for those speeches. Presidential security is heavy duty, with lines to get through the metal detectors and lots of muscular guys with ear-pieces and holster bulges standing around looking very serious. Instead of dealing with security hassles and ballroom crowds, I’ll be out in front of the Gaylord watching the left-wing protest mobs that predictably show up wherever the president goes. The fact that CPAC is in National Harbor, Maryland, just outside D.C., makes it a short trip for Washington-based protesters, but Joseph Alcoff probably won’t be there.

Alcoff was a reputed leader of Smash Racism DC, an “Antifa” contingent blamed for mobbing the home of Fox News host Tucker Carlson last November and running Texas Sen. Ted Cruz out of a restaurant in September. Last month, however, authorities in Philadelphia filed 17 charges against Alcoff for his alleged role in an attack on two Marines. The Antifa crew were protesting against a conservative “We the People” rally in Philadelphia, while the Marines, Alejandro Godinez and Luis Torres, just happened to be near the site when they say they were attacked by 10 or 12 people who shouted “Nazi” and “white supremacist” at them. This case of mistaken identity seems almost comical — two Latinos wrongly accused of racism and assaulted by white leftists — but the fear created by such intimidation tactics is very real.

Consider the attack last week on Hayden Williams at the University of California’s Berkeley campus. Williams, a field organizer for the conservative Leadership Institute, had a table in Sproul Plaza, recruiting students for Turning Point USA. Two men began harassing Williams, turned over the table and punched him in the fact, an assault that was captured on video by student Alexander Szarka. “This is something I’ve never really seen at Sproul,” Szarka told KPIX-TV. “I know there’s a lot of political tension going on, but I’ve never been around for those events.”

It’s not only Berkeley. Trump’s supporters are under attack everywhere — just Monday, an 81-year-old New Jersey man was assaulted in a grocery store for wearing a red “Make America Great Again” cap. And it turns out that the woman who recently assaulted a man wearing a MAGA cap in a Massachusetts restaurant was an illegal immigrant who’s been picked up by ICE. Part of the reason it has become so dangerous for Trump’s supporters is that Democrats and their media allies have ramped up the accusations of “hate” against them. Consider the fact that so many journalists fell for the Jussie Smollett hoax, believing the Empire actor’s lie that he had been attacked in Chicago by two white men shouting, “This is MAGA country!” When it was exposed that Smollett had actually paid two black men to stage the attack, however, the media didn’t admit its role in this shabby fraud, instead claiming that somehow it was Trump’s fault they had been so easily deceived. On MSNBC, the Washington Post’s Jonathan Capehart said the Smollett hoax proved that Trump “actually stokes the atmosphere of menace and insecurity that millions of Americans feel across this country.” This is how much the media despise the 62.9 million people who voted for Trump — even when they’re innocent, they’re still somehow guilty.

“Trump Derangement Syndrome” has been seriously discussed by Psychology Today, and what Capehart calls the “atmosphere of menace and insecurity” exists mainly in the distorted imagination of the president’s enemies. The climate of fear generated by the media’s anti-Trump obsession will require extra security at CPAC this week, because nobody knows what might be in the minds of deluded leftists. Meanwhile, conservative activists attending the conference will be hearing from an all-star roster of GOP officials — congressmen, senators, governors, Cabinet secretaries — and media figures including Michelle Malkin, Laura Ingraham, and Mark Levin. President Trump, currently in Vietnam for nuclear negotiations with North Korea, is scheduled to speak at CPAC shortly before noon Saturday. As I said, I expect to be outside the Gaylord Hotel during the president’s speech, watching the cops deal with zany anti-Trump protesters. It should be quite a show.