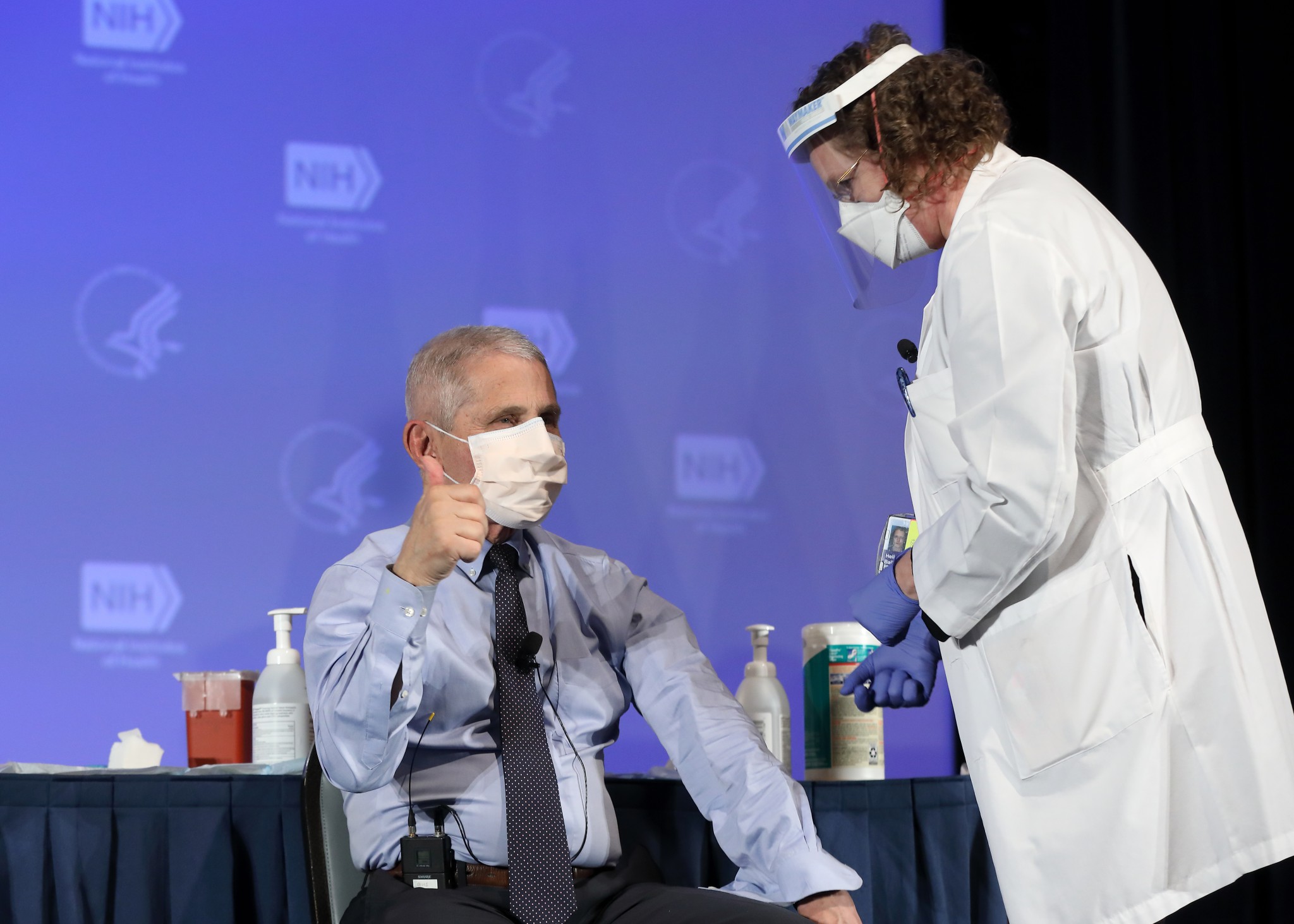 Many aspects of the COVID pandemic have been politicized, not least among them vaccines and specifically the issue of coercion. I know. Where I live some major municipalities including mine are requiring vaccine cards for everything from gyms to grocery stores; yet only 12% of the population qualifies, with those most likely to shop or use the gym least likely to be vaccinated. Idiocracy. But public policy should be based on science; not the other way around even as cognitive bias makes us perceive data to fit our worldview. So yes, it’s important to know if vaccination programs do seem to be impacting COVID breakouts regardless of whatever camp you’re in. And the answer, for now at least, appears to be yes.

According to Oxford University’s Our World in Data at this writing, the nations with the top five vaccination rates in order are the United Arab Emirates, Portugal, Qatar, Spain, and Singapore, with full vaccination rates between 79% and 76%. All have relatively low numbers of current cases and deaths although the last of them, Singapore, is spiking in cases but reporting almost no deaths. By comparison, worldwide the full vaccination rate is about 31% and the U.S. is now at 54.7%.

So once you figure in non-vaccinated persons infected with the COVID-19 virus and those who have natural immunity, some of these countries may be approaching the herd immunity level now widely estimated at about 90%. Don’t get suspicious that this is yet another moving of the goalposts during this pandemic; the old estimate of around 70% was pre-Delta variant. Delta is vastly more contagious so herd immunity level, meaning the ability to protect those without exposure to vaccines or the sickness, goes up.

It may be important that none of these top five countries uses either of the Chinese vaccines, Sinovac or Sinopharm, which have relatively low levels of protection against the Delta variant — assuming, ahem! — you ignore Chinese claims.

One high-profile apparent exception has been Israel, where we’re told they have a very high vaccination rate and yet their case numbers remain high and they are now encouraging at-risk residents to get yet a third shot as a booster. But the scenario is false; Israel’s vaccination rate is only 66.7% partial and 61.2%. There’s also been almost no change in the last month. The Israeli drive has not been especially successful. Further almost all the new cases and deaths have been among the unvaccinated and were driven by the Delta variant. The share of Delta-positive sequences in Israel increased from 13% in the first week of June to 87% in mid-August.

Giving yet another shot to high-risk people who have already received two wasn’t going to make much of a difference — something to think about as the Biden Administration goes forward with its booster program despite advice against it from the FDA and other top experts.

One question the Israeli situation has some asking is whether it’s indicative that COVID vaccine protection wanes over time? We just don’t know yet. Yes, antibodies appear to decrease but T-cells and B-cells also play an important role. Researchers have reported last month that T-cell response and B-cell response remain robust with the messenger RNA (mRNA) vaccines they tested, and other research shows that persons infected with the SARS coronavirus back in 2003 still have T-cell immunity.

So the vaccines appear to be working, including against Delta, and it appears they have staying power. But how about newer strains?

There is no evolutionary pressure for COVID or any other virus to become more dangerous; to the contrary, the pathogen that does the least damage to its host does most to ensure its propagation. That’s one reason SARS disappeared; it was relatively highly lethal at 14% to 15% generally and more than 50% for those older than 64.

Unfortunately, that process usually is a very slow one and given COVID’s already low mortality rate despite the hype, don’t expect a “kinder, gentler” COVID anytime soon if ever.

Meanwhile, the other evolutionary pressure concerning us is that the strain that spreads most easily pushes aside the other strains. That’s exactly what we’ve seen with COVID and the Delta variant. COVID is highly unstable and it’s quite possible that it can produce strains even more contagious than Delta, though we don’t seem to have seen that yet. Just as the more contagious Delta has reduced vaccine efficacy, further strains may reduce efficacy even further.

In fact, it’s been speculated there could be strains that will be impervious to all our current vaccines. “The problem is if the virus changes in such a way that the spike protein — which the antibodies from the vaccine are directed against — are no longer effective at binding and destroying the virus, and the virus escapes immune surveillance,” Dr. Lewis Nelson of the Division of Medical Toxicology at Rutgers New Jersey Medical School in Newark told Medscape Medical News. Then “we will have an ineffective vaccine, essentially. And we’ll be back to where we were last March with a brand-new disease.”

That said, manufacturers could get the genome of the new variant before it becomes widespread and quickly develop a new vaccine against the new spike protein. If it’s the same vaccine aside from that, they could skip Phase I and II clinical trials and go right to Phase III, producing a product in perhaps 90 days.

Obviously companies are already working on improvements in terms of protection and presumably trying to move to a one-dose platform, including one being tested that’s sprayed directly into the nose providing immediate protection to the upper respiratory tract. That said, there’s no quick cure for the problem of scaling up production nor the costs of maintaining equipment on stand-by. Nobody’s paid for stand-by any more than they are paid to maintain extra ICU beds.

What we really need is a vaccine that targets part of the COVID virus that never mutates. But easier said than done. That’s long been the Holy Grail of flu vaccines, which until just now hadn’t progressed since the U.S. military flew biplanes. Every year the WHO has to guess which will be the dominant strains in the next season, insert them and grow them in eggs, and cross fingers. For the 2014-15 season the WHO simply guessed wrong and serious cases (the CDC doesn’t actually measure deaths) soared. But there is finally a flu shot available that’s grown in cell cultures and also all U.S. vaccines now protect against four strains instead of three. So there is progress — although the conspiracy-minded may note that there’s a lot more money in a seasonal vaccine than a permanent one…

None of which, of course, deals with the civil liberties aspects of forced vaccination as noted in the beginning. Nor would it inherently justify a “Zero COVID” effort to essentially vaccinate the world even as the polio effort has been delayed because of, yes, COVID. It does remain that the formal effort to eliminate that highly stable (and mind-boggingly horrific) smallpox took 20 years in what was actually the final push. The vast majority of the world was already smallpox-free from vaccination programs when that effort began in 1976.

So, to bottom line it, COVID isn’t going away anytime soon. Yet while it remains a disease that’s quite easy to catch, it should also continue to have a very low fatality rate even if you assume as the WHO, CDC, and most governmental bodies that a death with COVID is a death from COVID. We’re already starting to get a stream of treatments, some with full government approval and others with emergency approval. Monoclonal antibodies with unpronounceable names like bamlanivimab and etesevimab are showing promise.

But meanwhile other true scourges of mankind remain, and resources always being scarce the quest for Zero COVID will slow other research and programs as with polio — although, yes, COVID work may result in happenstance progress in other fields. Zero COVID remains a quixotic goal, and needs to be replaced with the original goal of less COVID, such that ICUs will never be overwhelmed and the clickbait media will be forced to move on to something fresh. (“Murder hornets” really could have been exploited more than they were.)

It’s a goal some countries have said has already been met, as I noted earlier in these pages, that COVID needs to lose its glamorous position and be treated as one disease among others, as one problem among so many others. The rest of the world needs to follow suit rather than periodic imposition of economy-killing and people-killing lockdowns forever and ever, amen.

Michael Fumento (www.fumento.com) is an attorney, author, and journalist who has specialized in epidemic hysteria for over 35 years.