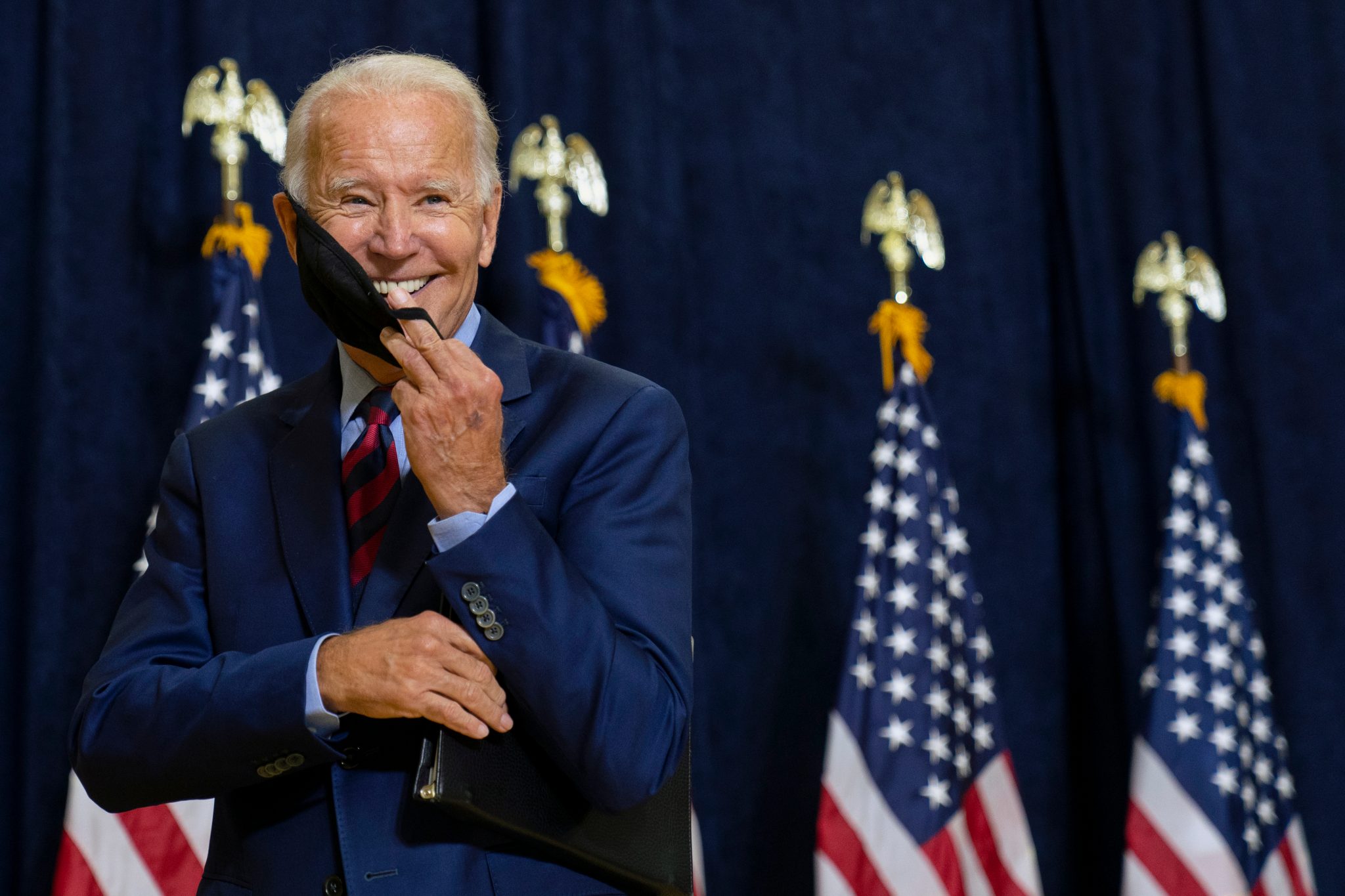 “Science, not politics, must be the guide.” This was the proclamation made by California Gov. Gavin Newsom in April of this year. Throughout the COVID-19 crisis, this concept of science as the ultimate decision-maker is one that politicians have rhetorically embraced. Joe Biden declared, “I believe in science. Donald Trump doesn’t.”

This spring, Washington Gov. Jay Inslee proudly stated that his COVID-19 policies are a “war based on science” and “guided by science.” By July, however, the rhetoric of “listening to science” had been largely abandoned as Gov. Inslee announced that the state government was indefinitely suspending all transitions to reopening regardless of new case numbers. If it was science that was guiding these governors, it fell suspiciously quiet.

In theory, the rhetoric of “following the science” is meant to cut through the problems of political, social, and cultural disagreement over pandemic response measures. We all agree that we can’t trust lawyers who debate what the meaning of the word “is” is. Science stands in contrast to these squishy linguistic games. Science won’t argue about whether or not a bridge will stand up; it either does or does not. Science gave us the smallpox vaccine, high-yield wheat, and pasteurized milk. Science puts its foot down on the facts and doesn’t care if you disagree with it because it can reliably demonstrate the reality of a given situation.

This is the vision of science to which politicians appeal when they co-opt it into their platforms.

All the examples of science listed above represent applications of science that have been tested and retested millions of times. But, more importantly, they are all examples of a reality continuously reinforced. Bridges undergo inspections and repairs, vaccines are monitored for efficacy, improperly pasteurized milk is identified and recalled. When a result is different than expected, additional evidence causes functional realignments. These realignments are present even in mature applications of scientific thought with decades of evidence and practical application. 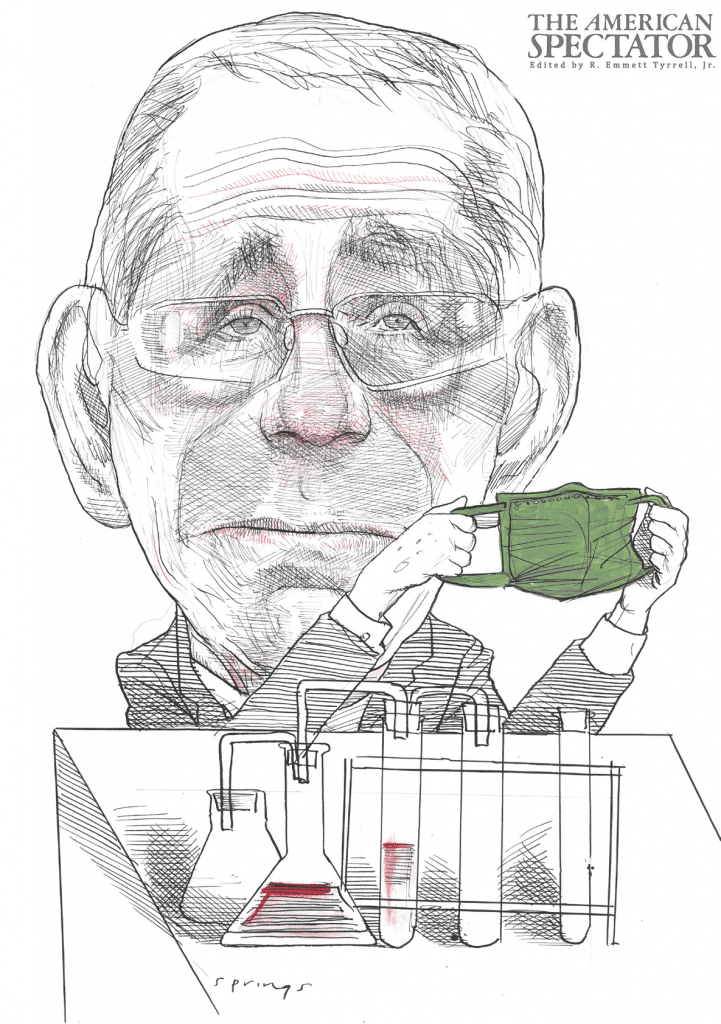 Against this idealized concept of scientific application, however, policy responses to COVID-19 are still in a stage of infancy. If we are to follow the science, we should hold all our knowledge loosely, aware that new discoveries will allow us to step back, reevaluate, and chart a new course.

That is not what has happened. The vision of scientific policy-making has been abandoned in favor of fear and political expediency. There is no better example of this than in the policies, rhetoric, and data surrounding in-person schooling.

When this crisis began, one of the earliest public policy actions was shutting down in-person schooling. Schools have been vectors for flu transmission in the past, and it was assumed in the early days of this pandemic that we should put in place the mitigation measures that the CDC has prepared for an extreme flu pandemic, which included closing schools. (Note: For the purposes of flu mitigation, “pandemic flu” is considered distinct from seasonal flu. Pandemic flu presumes a new and unanticipated flu strain with high lethality.)

In an environment of uncertainty and caution, closing schools was supposed to be a last-ditch strategy. The scientific literature on the efficacy of school closures on disease spread is decidedly mixed. When schools closed for a winter holiday during the 1918 flu pandemic, cases among pupils increased at a greater rate than when they were attending classes. Epidemiologists are largely in agreement that school closures should be reserved for emergency measures and should not extend more than a few weeks at a time. This is what the science says.

The vision of scientific policy-making has been abandoned in favor of fear and political expediency.

Nevertheless, schools across the country closed for the remainder of the school year, and, as the summer wore on, the studies rolled in. Public Health England found only 198 COVID-19 cases among over a million students and staff and determined that over half of those cases came from infections within the home and not from school transmission. They found that student-to-student transmission was the single least likely form of COVID transmission of all the methods they tracked.

Within the United States, Professor Emily Oster spent an enormous amount of time and energy setting up independent tracking of COVID infections within schools. Her team is currently tracking almost three million students, half of whom are attending in-person classes. They’ve found that not only do schools typically have rates of COVID positivity lower than their surrounding communities, but in-person schooling also does not have any impact on raising those rates. In other words, students and staff seem to be at equal risk whether or not they are attending classes in person.

These are only two of many ongoing studies on COVID-19 and school transmission, but the results have been unambiguous. If policy-makers are to consider shutting things down in response to COVID-19 infection surges, schools should be last on the list.

Yet armed with this clear and reproducible data, the official position in California has been “we would like to open schools if possible,” while officials issue criteria for reopening that are unreachable. When cases started rising again in New York City, schools were quickly shut down while restaurants and bars remained open. In Washington state, King County school districts were begging the governor’s office and Department of Education for guidance and receiving stony silence.

What happened? How did the states that are most vocal about “listening to science” come to reject the conclusions and recommendations put forward by the best available data?

Their answer was that caution, not science, is driving the policy. There is worry that school openings would be a trigger point against which people would assume the crisis was over. There is concern for the well-being of teachers and skepticism about the accuracy of the data. A strain of anxiety and caution runs through every conversation: Could we be certain that opening schools was safe? Was there any doubt at all that schools were a risk factor? If the smallest doubt could be entertained, then it was better to err on the side of caution.

This is not to say that the other side of the policy debate is holding fast to scientific conclusions either. The policy preference for opening schools came before much of this data came to light, and there has certainly been resistance to closing certain high-risk businesses like bars even when the data shows high incidence of spread. But in these states the core decision-making lever has been “get out of the way and let people make their own decisions.” This is a policy position that may use data as one of many points of consideration, but relies on a subjective leadership to balance easily measured things, like disease spread, against the things we cannot measure, like individual risk assessment and personal responsibility.

The states that are most vocal about “listening to science” imply that individual risk assessment will come to the wrong conclusions and that the appropriate levels of personal responsibility must be dictated by the state. The real point of “listening to science” was to say to voters that there is an evidence-based strategy of business and personal behavior that corresponds to a measured reality and that path must be accepted and enforced without apology. But in the case of schools, that is not what has happened, because that is not what politicians mean when they make this appeal. Politicians don’t want to follow the science if it leads in a direction they did not intend. They want science as an external backstop to which they can appeal when they do what they always wanted to do anyway.

Some politicians want to appeal to caution over all things and believe that science can be safely ignored when the spirit of caution is preferred. For others, the appeal is to openness and freedom, and they chafe at the bit when the data implies that there are consequences to that freedom. Ultimately, there is no “party of science.” There is only politics.