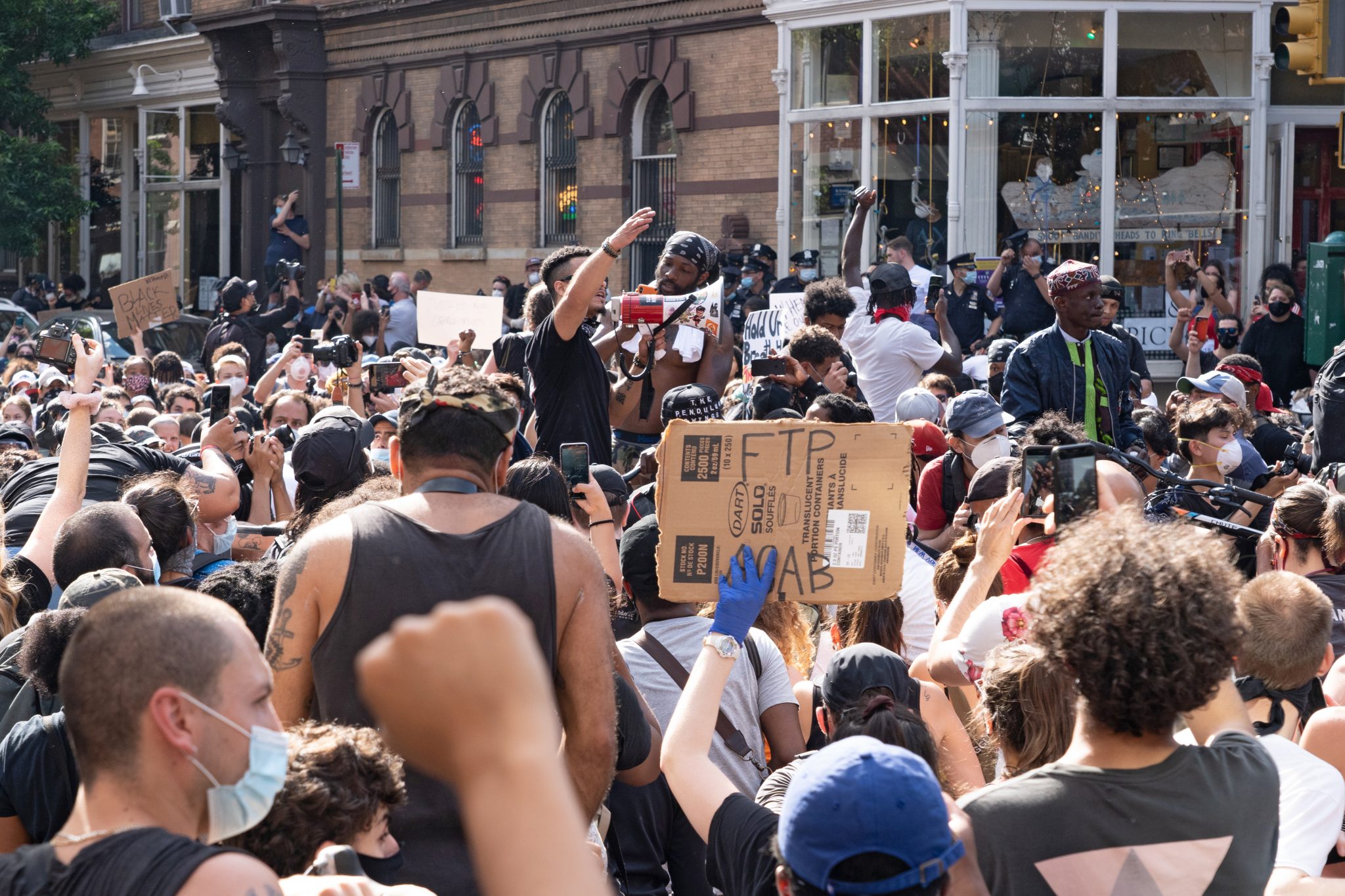 After months of forced quarantine, how are millions of U.S. citizens transitioning back into public life? One would imagine a gentle, controlled re-entry would be logical. After all, we have been told for months that social distancing is a matter of life and death. Many states still have strict coronavirus-related restrictions in place. These vary state by state, but the methods from the various central planners and public health aficionados have largely been forged with one goal in mind: make this a gradual reopening. This is not a time to jump into the pool, so to speak. We have been advised, repeatedly, to use the ladder and ease in slowly.

Two weeks ago, it was entirely absurd to suggest that people would instantly flip a switch and say, “To hell with quarantine.” No one could have seen this coming. What will the effects be?

Many Americans did a cannonball instead. We’ve all seen the videos surrounding George Floyd’s death at the hands of law enforcement. It was horrifying and senseless. In reaction to his death, both justified, peaceful protests and unjustified criminal behavior are occurring in most major cities across the country. Millions of folks are out in the streets, in close proximity to one another, for the first time in months. Cops stand side by side to form blockades. Peaceful protesters link arms and shout for justice. Looters tussle with each other over high-end handbags. In a moment of needed comic relief, two criminals make off with a cheesecake. Overnight, social distancing has largely disappeared. Karens and the like at most media organizations have done a complete 180-degree turn, and now they seem disinterested in admonishing these clear-cut violations of “the new normal.” 2020 is so weird.

Surely, justice will be served for Mr. Floyd. I desperately hope so. But law enforcement won’t be the only ones held accountable during this tumultuous time. No, a separate referendum is unexpectedly playing out right in front of our eyes. For months, we have been under supposed necessary house arrest in order to save lives. The argument makes sense. You can’t get sick if you’re isolated. Perhaps in a perfect world, stopping the globe’s largest economy would require people to consider thousands upon thousands of different variables, not just the epidemiologic data pertaining to one virus. Well, we obviously don’t have a perfect world, and now the question lingering in many peoples’ minds is, Were these lockdowns really necessary?

Government has a way of making big issues into self-fullfilling prophecies. This time, the logic went as follows: “Stay home so millions don’t die. If, after an arbitrary time interval (determined individually, state by state) millions have not died, then take that as proof that it was all worth it. You’re welcome.” Beautifully (at least through bureaucratic eyes) we citizens could never prove the difference either way in this game of lives and livelihoods. Because of the controlled, gradual, months-long return they planned for us, we would never know how the virus would spread today, without social distancing measures in place. Two weeks ago, it was entirely absurd to suggest that people would instantly flip a switch and say, “To hell with quarantine.” No one could have seen this coming. What will the effects be?

This whole question of whether or not lockdowns are somehow justified is terribly important, because there is no guarantee that Sars-CoV-2 won’t turn into a yearly occurrence. In that scenario, leaders would use data from this year as a precedent for how they supposedly need to act in the future. Whether those actions truly make sense and whether they respect our constitution is of little concern for some power-hungry lawmakers. Government as a whole is terribly myopic, but many individual people are not. This firsthand experiment will make a big impression on their minds.

The government didn’t expect this type of instant check on its drastic — and often unconstitutional — edicts. The reality of the situation is that a month or two from now, hospitals across American cities will either be completely overrun with COVID patients, or they won’t be.  The death rate will be sky high, or it won’t be. And if days or weeks filled with protests and riots (the exact opposite of social distancing) don’t cause a noticeable increase in COVID mortality, then the bureaucrats will have a much more difficult time convincing anyone to bow down ever again.

I sincerely hope that justice happens in regards to George Floyd, and I hope that positive change can come from his unjust death. But before his aggressors are brought into the courtroom, we will all be living through another trial, one of public opinion as it relates to the COVID-19 response. I hope that a dramatic spike doesn’t happen. Surely we can all agree on that, but keep in mind that if it doesn’t, then many members of this jury — the American people — are going to feel incredibly duped. They will feel like the economy and their livelihoods were ruined for no definite benefit. If that turns out to be the case, then Dr. Fauci and the gang will desperately try to sweep this all under the rug as an innocent, “better safe than sorry” error in judgment. A prudent jury would be remiss to let them get away with it.