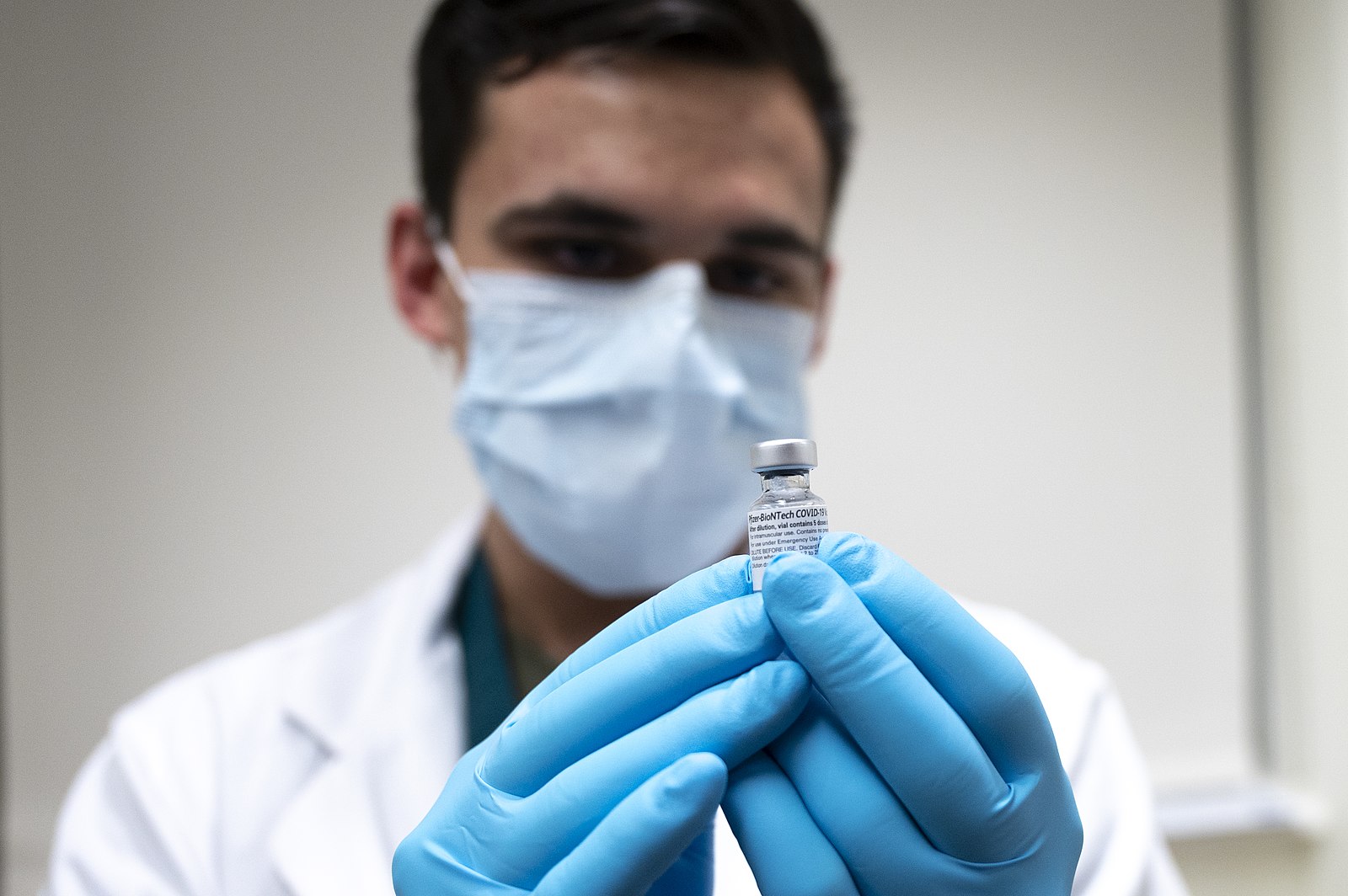 After months of death, depression, and disruption due to COVID-19, there is hope of ending the pandemic. The Trump administration’s “Operation Warp Speed,” which spurred private pharmaceutical research while stopping the Food and Drug Administration from killing people with delay, has delivered two safe and effective vaccines so far. This extraordinary achievement of modern medical research obviously is an unbridled benefit for Americans and other peoples around the world. But not in everyone’s view.

Some medical ethicists are disturbed. States are likely to prioritize the vulnerable elderly after hospital workers, with others filling uniquely sensitive or special roles, including “essential workers,” to follow. But, it turns out, caring for the elderly means that more white people, who tend to live longer, are getting the vaccine. Which some analysts believe is a problem. Better to let political correctness rule and old folks die.

There is tension between the objectives of minimizing deaths and infections. The first requires immunizing the most vulnerable, meaning the elderly. The second involves covering those with the greatest exposure, meaning some variant of “essential workers.” Which is more important is a fair debate, now apparently raging at the Centers for Disease Control and Prevention (CDC). In either case, however, immunization should have nothing to do with race.

Assessing the tradeoff is complicated, as the New York Times reported:

the definition of “essential workers” used by the C.D.C. comprises nearly 70 percent of the American work force, sweeping in not just grocery store clerks and emergency responders, but tugboat operators, exterminators, and nuclear energy workers. Some labor economists and public health officials consider the category overbroad and say it should be narrowed to only those who interact in person with the public.

In fact, researchers working for the Department of Homeland Security have developed a narrower definition of essential workers whose demography generally mirrors that of the general workforce. Not only does that avoid worries about racial PC, but it emphasizes “essential” as commonly understood. After all, if everyone is “essential” in theory, then no one is essential in practice.

But putting even genuine “essential workers” at the front of the line would leave plenty of elders to die unnecessarily while first vaccinating many people neither likely to get infected nor die if infected. This would be perverse public health policy. So long as death remains irreversible, and while those infected can be treated and most survive, it seems obvious that government should better protect those at greatest risk first, while then pressing forward as swiftly as possible to immunize everyone else, giving preference to essential workers over folks like me, who can work while homebound.

Indeed, this principle is intuitively obvious and is what the CDC’s advisory panel on immunization traditionally has held. The World Health Organization advises. The National Academies of Sciences, Engineering, and Medicine says. And most health-care experts believe.

But in the view of some, that means too many white people might survive.

But never mind the medical threat stalking the elderly, argue some commentators. Dr. Peter Szilagyi told the New York Times that ethics “clearly favors the essential worker group because of the high proportion of minority, low-income and low-education workers among essential workers.” Similar was the position of Dr. Harald Schmidt of the University of Pennsylvania. “Older populations are whiter,” he argued. “Society is structured in a way that enables them to live longer. Instead of giving additional health benefits to those who already had more of them, we can start to level the playing field a bit.”

Immunizing first those most at risk of dying hardly seems to be “giving additional health benefits” to someone. Notably, neither of these members of the “let the elderly die” caucus argue that favoring the vulnerably aged is somehow intended to discriminate. Rather, they are bothered because this strategy simply saves too many white people. The medical and ethical arguments favoring the elderly don’t matter because too many of them are white. Wow.

It is an especially bizarre stance since favoring essential workers over office and home workers — including politicians, policy geeks, financiers, writers, attorneys, accountants, PR mavens, consultants, and assorted other normally high prestige professionals — is probably favoring, for good reason, people of color. Front line service workers may have been the greatest economic victims of the pandemic, but they were not the greatest medical victims, since the elderly die in much greater numbers. Advocating that race trump vulnerability is simple racism.

Yet for similar reasons, Marc Lipsitch of Harvard’s T.H. Chan School of Public Health criticized proposals to immunize teachers early: “Teachers have middle-class salaries, are very often white, and they have college degrees.” Lipsitch added, “Of course they should be treated better, but they are not among the most mistreated of workers.”

Some progressives like teachers, at least. Elise Gould of the leftish Economic Policy Institute contended that protecting teachers helped minority workers most: “When you talk about disproportionate impact and you’re concerned about people getting back into the labor force, many are mothers, and they will have a harder time if their children don’t have a reliable place to go.” Moreover, added Gould, “if you think generally about people who have jobs where they can’t telework, they are disproportionately Black and brown. They’ll have more of a challenge when child care is an issue.”

Even some labor representatives of essential workers advocate putting the elderly first, seemingly unconcerned about racial politics. For instance, Marc Perrone, president of the United Food and Commercial Workers Union, opined: “Here’s the thing: Everybody’s got a grandmother or grandfather.” In his view, “I do believe almost everybody in this country would want to protect them, or their aging parents.” Which is the most logical position for governments local, state, and federal to take.

America may never escape its legacy of slavery, which continues to taint the nation’s political and civic life. And there are tough issues about how best to respond to the impacts that live on today. But letting the elderly die is neither moral nor practical. It is immoral because it is a deadly form of racism, consciously harming people because of their race. It is impractical because it cannot be explained and sold to most Americans. While a radical fringe might desire to make vaccination about race, most people, irrespective of ideology, are more likely to favor saving lives, especially since the lives saved could be of their parents or grandparents.

Americans should focus on conquering COVID-19 and extirpating the pandemic, which begins with preventing needless deaths. And that, not implementing the latest bizarre PC theory, should be the priority today. After protecting everyone, we can go back to arguing about politics. Including, inevitably, the role of race and what to do about it in the future.